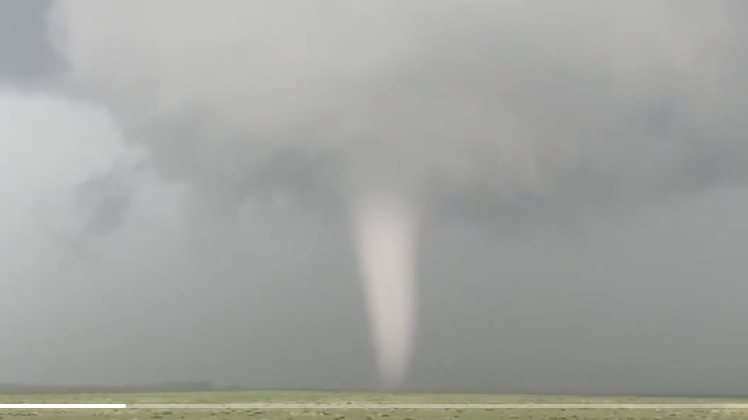 No damage was reported from any of the 10 confirmed tornadoes, which varied in strength and duration, meteorologist Kari Bowin said Sunday. The tornadoes hit near Fort Morgan and east of Denver, Colorado Springs and Pueblo, in Arapahoe, Lincoln and Crowley counties, according to the National Weather Service.

Because the tornadoes did no damage, it is difficult to assess their strength, Bowen said.

“We really don’t have an idea of magnitude because we assess that from damage or if we can get a measure of wind speed,” she said. “So it is hard for us to give any sort of rating without that information.”

Tornado footage from a Deputy Sheriff, south of Limon! Deputies in the area checking for damage. #CoWx #Tornado pic.twitter.com/OP4y1Twxup

She added that quarter-sized hail was reported in several spots across the state.

Saturday’s stormy conditions were created in part by a low pressure system that combined moist air with dry air and created the right kind of wind conditions to spawn tornadoes, Bowen said.

“We’re seeing a similar picture for today, we have some other meteorological stuff that will allow for another day of severe weather,” she said.

Most of the severe weather is expected east of the Interstate 25 corridor, she said, although there is a chance for some of the storms to align over the Denver metro area. Otherwise, Sunday for Denver residents should be warm, breezy and sunny, with a high near 76.

On the plains, residents should keep an eye on the forecast starting around noon. The severe weather could last into the evening, Bowen said.

“Have a way to receive warnings,” she said.