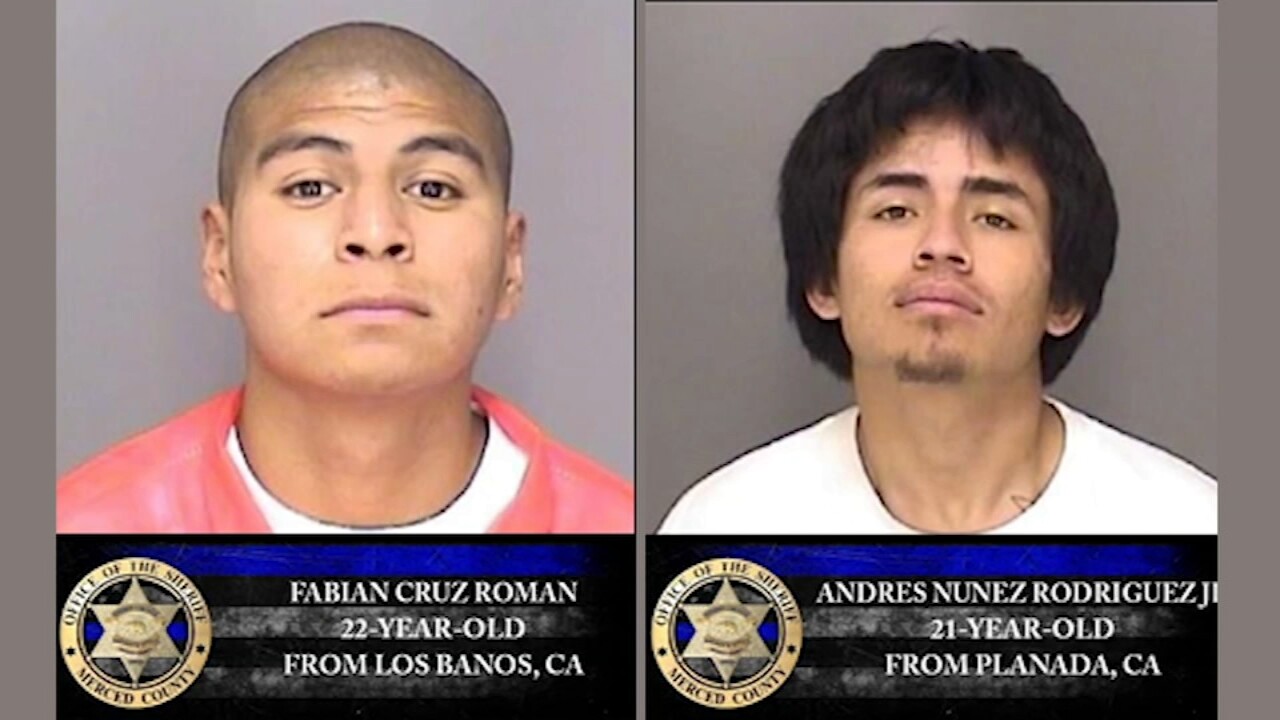 Two inmates who used a homemade rope to escape from a jail in Central California were apprehended in San Diego County, while three of the six escapees remain at large, authorities said Wednesday.

Six men escaped from the Merced County jail shortly before midnight Sunday, the Merced County Sheriff’s Office said in a news release on Facebook. The inmates were able to get to the roof of the facility in downtown Merced and then used the rope to scale the side of the building.

Two of the men — Fabian Cruz Roman, 22, of Los Banos in Merced County; and Andres Nunez Rodriguez Jr., 21, of Planada in Merced County — were taken into custody without incident in the San Diego area about 8:30 p.m. Tuesday, sheriff’s officials said.

“We’ve been nonstop 24 hours a day since this escape was discovered and it will continue to be nonstop until all six are in custody,” Warnke said.

The outstanding fugitives were identified as Jorge Barron, 20, of Atwater in Merced County; Gabriel Francis Coronado, 19, of Atwater; and Manuel Allen Leon, 21, of Vallejo in Solano County, according to the U.S. Marshals Service.

The trio is considered armed and dangerous, and anyone who spots them is asked not to approach them and immediately call 911, officials said.

A tip line has been set up by the U.S. Marshals Service, and a reward of up to $5,000 for each inmate recaptured is being offered for information leading to the apprehension of the men.

Information can be provided to authorities by calling (877) 926-8332 or by visiting the U.S. Marshals Service website at www.usmarshals.gov. Tipsters can remain anonymous.

All air passengers entering US must have negative COVID-19 test, CDC says

Brands Want In on the Archival Fashion Boom

Elon Musk said it was ‘Not a Flamethrower.’ – TechCrunch

Best Products to Boost Mood & Lower Stress, According to Therapists