Audi’s RS 5 already offers plenty of performance straight out of the box, but for 2023 the hardcore coupe and hatchback can be ordered with a Competition Package that boosts performance even further while adding extra style.

The available package brings multiple tweaks including adjustable coil-over suspension able to lower the ride height by 10 millimeters, front and rear sway bars, and a sport exhaust system with black tailpipes. The removal of noise insulation around the firewall also brings more of the engine noise into the cabin and helps drop the curb weight by 18 pounds.

Engineers also dialed up the performance of the transmission by reducing shift times, and improved the accuracy of the steering system by introducing a fixed steering ratio of 13.1:1. The control software of the all-wheel-drive system was also tweaked to deliver more power to the rear wheels.

Stopping power was improved with new carbon-ceramic brake rotors at the front axle and tweaked ABS software. The stopping distance from 60 mph is now more than six feet shorter, according to Audi. Another key upgrade are the new five-spoke alloys which come standard with Pirelli P Zero Corsa tires. 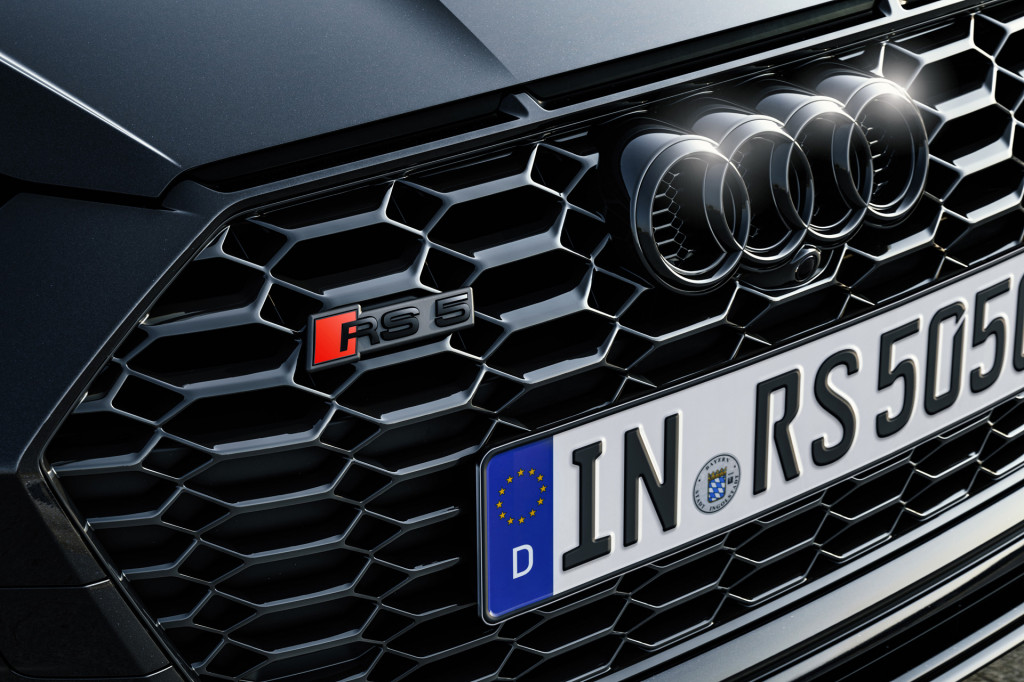 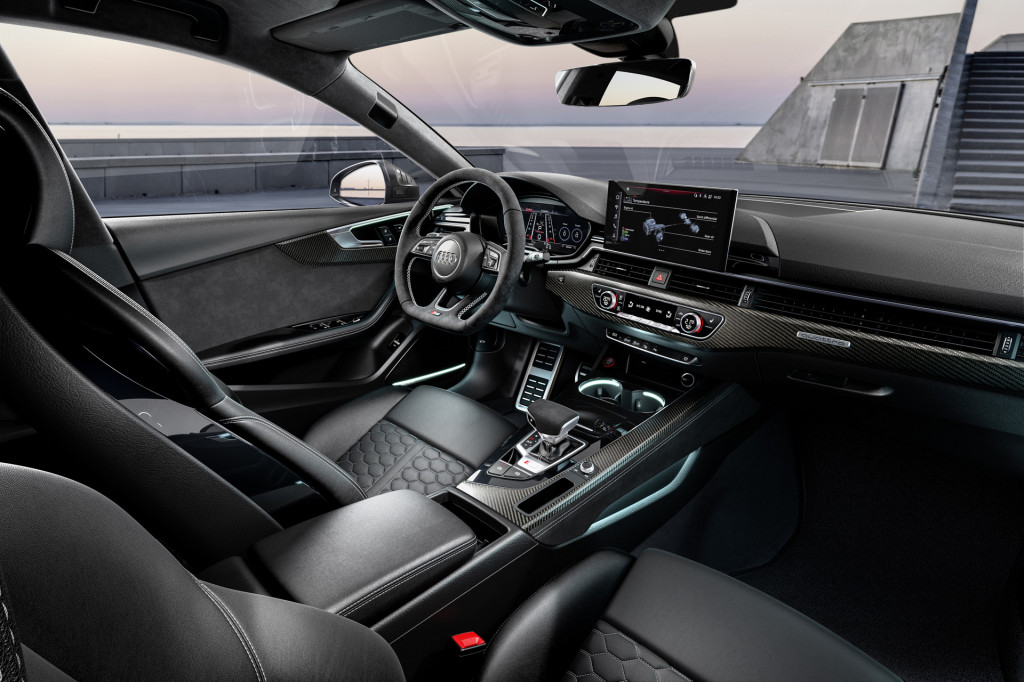 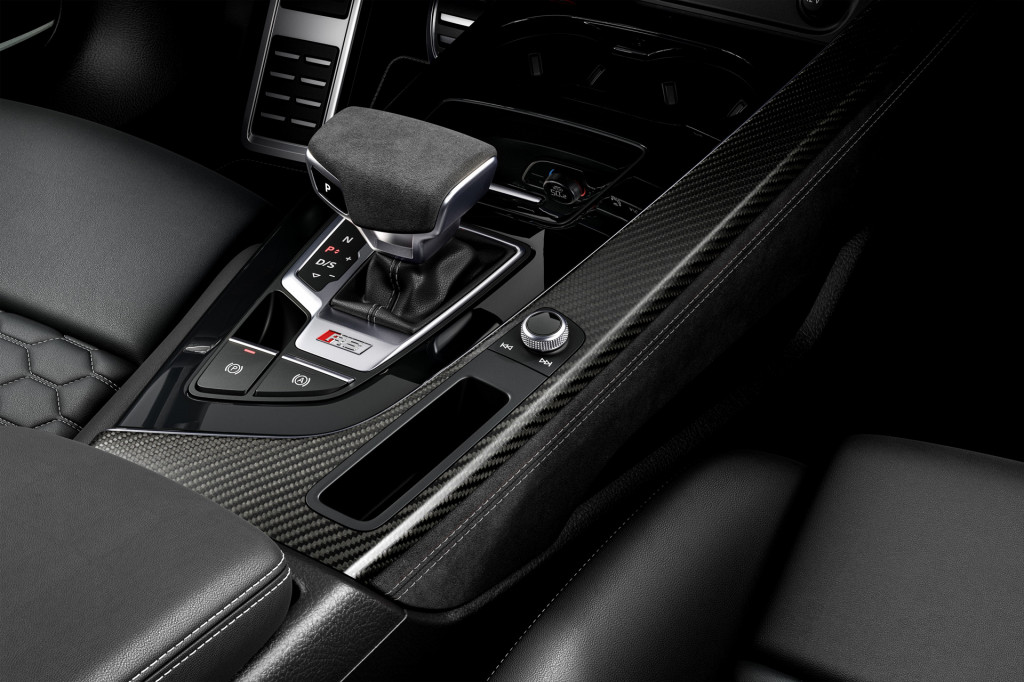 No change has been made to the powertrain of the RS 5. Under the hood you’ll find a 2.9-liter twin-turbocharged V-6 delivering a peak 444 hp and 442 lb-ft of torque. The engine is coupled to an 8-speed automatic and spins all four wheels as standard.

The Competition Package also brings styling tweaks inside and out. In addition to the new wheels mentioned above, there are also dark accents for the exterior and cabin, including some elements in carbon fiber. The dark accents are contrasted with some red elements, such as the stitching and color of the brake calipers. Buyers also have the option of a Sebring Black crystal effect paint that’s exclusive to the package.