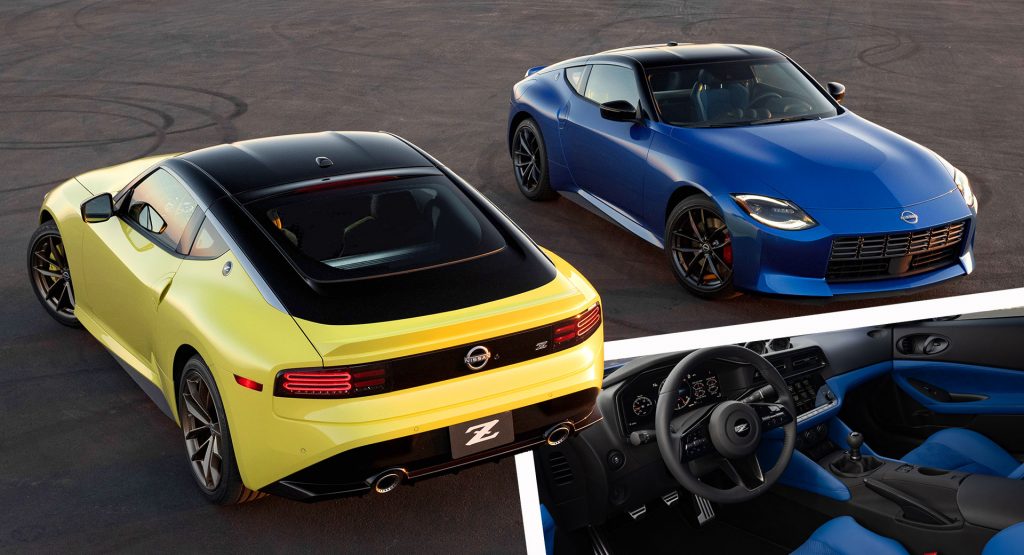 We may be living the transition to electro-mobility, but there’s still time for one last hurrah for Nissan’s gas-powered Z series and this is it; the 2023 Nissan Z.


The production model is the spitting image of the Z Proto unveiled this time last year and has undergone very few visual alterations. In fact, the most significant change made is the fitment of a trunklid spoiler that gives the sports car a little added aggression.

Overall, the new Nissan Z features a long hood with muscular lines and a silhouette that pays homage to the first-generation Z. The somewhat controversial square grille from the Proto has been retained and the headlights immediately catch the eye with their edge design and curved LED daytime running lights designed to hark back to the Fairlady 240ZG of the 1970s. Three monotone exterior colors and six two-tone exterior colors will be available. 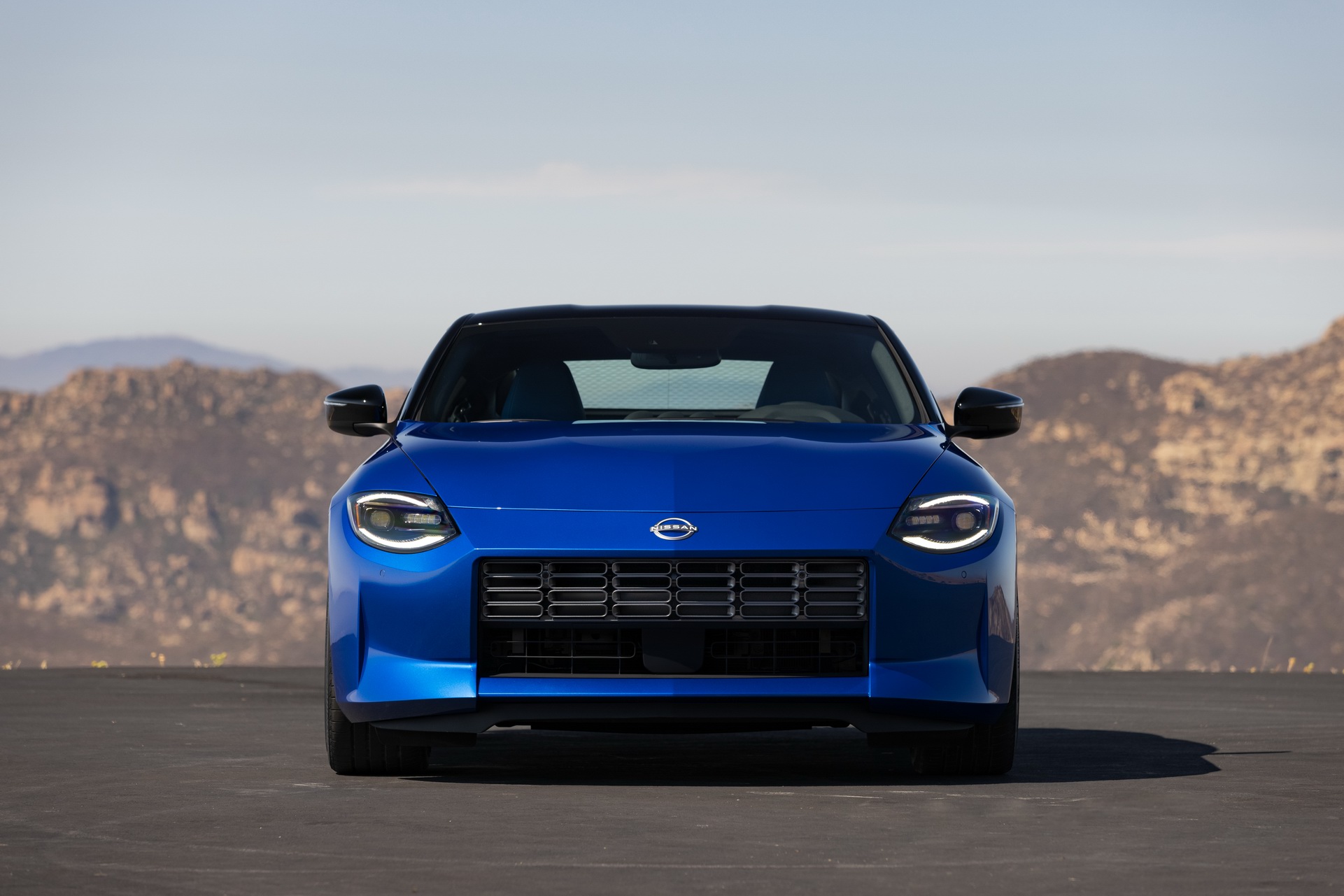 A lot had been said about the Z’s powertrain in recent months. We knew it was going to feature a 3.0-liter twin-turbocharged V6 and that’s exactly what it has. This engine is good for 400 hp and 350 lb-ft (475 Nm) of torque and while that is less than some rumors suggested, it is more than the flagship Toyota Supra.

Two transmission options are available. The first is a six-speed manual that drives the rear wheels and also has an advanced launch control system. Six-speed models also have a carbon fiber composite driveshaft and rev-matching. Those who don’t want to row their own gears can opt for a 9-speed automatic ‘box.

Of course, to rival the Toyota Supra, the new Nissan Z needs to handle well. Compared to the outgoing 370Z, the 2023 Z has new front and rear monotube shock absorbers with a larger diameter than the outgoing 370Z. These new shocks result in a 20 per cent reduction in dampening force to help minimize impact shock over uneven surfaces. The double-wishbone aluminum suspension also features new geometry while enhanced body rigidity and an electronic power steering system helps increase cornering performance by a claimed 13 per cent.

Elsewhere from a performance standpoint, the 2023 Z features four-piston aluminum calipers at the front and two-piston calipers at the rear. Two regular variants of the car will be available, the Sport and the Performance. In addition to receiving 19-inch wheels with 255/40 front and 275/35 tires (compared to the 245/45 tires all around for the Sport), the Z Performance is also equipped with a mechanical clutch-type limited-slip differential.

The interior of the 2023 Nissan Z follows the theme of the exterior by adopting a retro design radically different than that of the Toyota Supra. The car comes standard with a 12.3-inch digital instrument cluster and has three analog gauge pods sitting above the infotainment screen and displaying boost pressure, turbo speed, and voltage. Customers will be able to choose between three ‘color environments’ dubbed Graphite, Red, and Blue.

“Simply put, our goal is to make this the best Z yet, period,” chief product specialist of the new Z, Hiroshi Tamura said in a statement. “With each generation, we raise the bar, pushing the limits of Z and continuing to tap into the human instinct for that next thrilling journey. More than just powerful and agile, the all-new Z is designed to be one with the driver, for the car to be a ‘dance partner’ for their on-road adventures.”

Nissan hasn’t yet announced official pricing for the 2023 Z but those at its unveiling state it will start at around $40,000. It will become available from U.S. dealers nationwide in spring 2022.