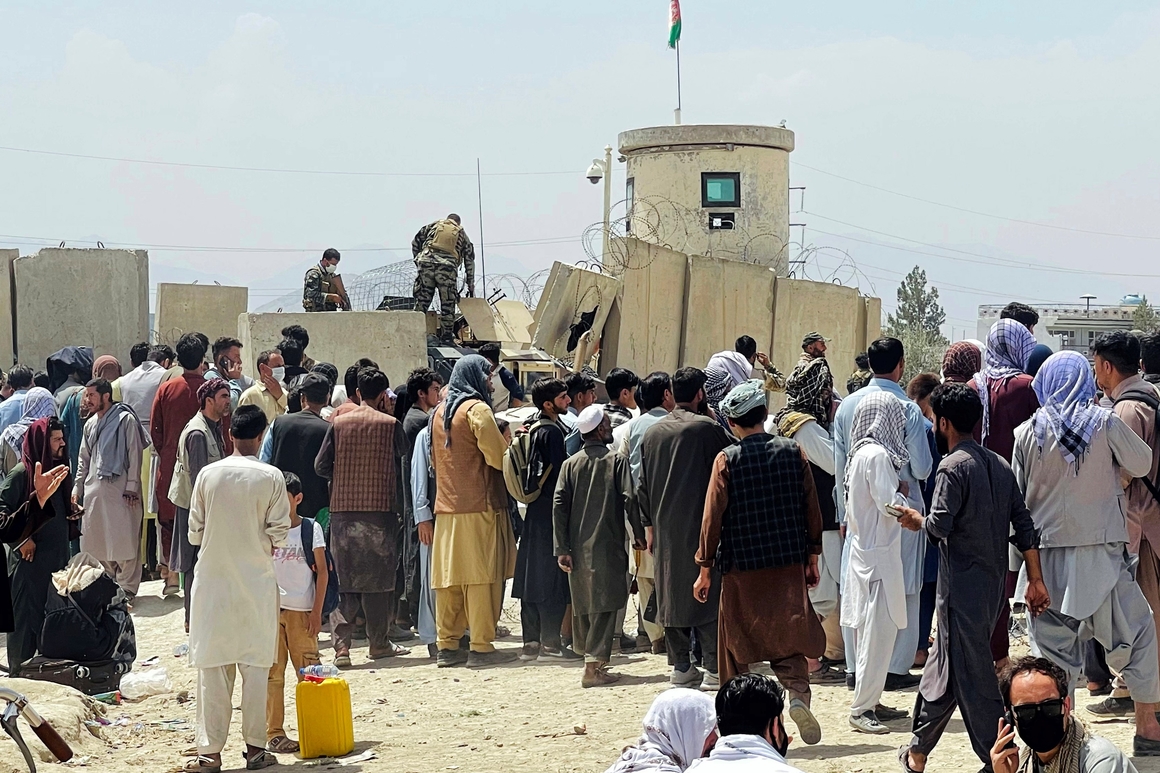 Press play to listen to this article

BELGRADE — Albania, Kosovo and North Macedonia are the first European countries to say they’ll provide temporary shelter for Afghans bound for the U.S. after fleeing the Taliban conquest of their country.

Most are civilians who worked with U.S. or international missions in Afghanistan and are being evacuated to the Continent as they await U.S. visas, according to media reports.

“Without any hesitation or single conditioning, I have given my consent to such humanitarian operation,” she said in a Facebook post, adding: “Nobody better than us knows what it means to be expelled and to leave by force from where you grew up, to separate from your loved ones, to be forced to flee to save your life.”

Albania is being similarly welcoming.

“In recent days the U.S. government has asked Albania to assess whether it can serve as a transit country, for a certain number of Afghan political immigrants, who have the end destination in the United States. And indisputably that we won’t say no, and not just why our great allies ask us, but because we are Albania!” Prime Minister Edi Rama wrote on Facebook.

Student dorms have been vacated for the Afghans coming to Albania, while North Macedonia has announced that resorts and hotels will be made available. Kosovo said it has the capacity to receive up to 10,000 people. The first refugees are due to arrive in Albania on Wednesday.

The three countries are among the poorest in Europe, and all three are hoping to eventually join the European Union — although there are still significant obstacles before that happens. That’s one of the reasons they are leaning heavily on their relationship with the United States.

“These three are the most pro-American countries in Europe, possibly in the world, both in terms of popular sentiment and the alignment of the political class regardless of the administration that’s in power in the U.S.,” said Toby Vogel, an analyst at the Democratization Policy Council, a Berlin-based think-tank. “They will do a lot to accommodate whatever demands the U.S. might have.”

While the three didn’t mention their EU accession problems, it is in the background, Vogel said.

“This is happening at a moment when the European Union accession process is stuck largely because of internal EU issues, and nobody can predict how it will get unstuck,” he said. “So there’s an element of balancing the U.S. against the EU that is happening as well. The leadership of these countries wants to go straight to the source of Western power and stability — and that’s the U.S.”

The U.S. has been closely involved in the democratization of all three countries.

In Kosovo, it spearheaded the NATO bombing campaign against Yugoslavia in 1999 that led to Serbia’s withdrawal. However, the country is battling for international recognition; five EU countries don’t yet recognize it, creating a huge obstacle to accession.

In Albania and North Macedonia, the U.S. was crucial in getting both countries accepted into NATO

“In the last 30 years, U.S. support has been critical for Albania’s democratic processes as well as for all the nations in the Western Balkans,” said Gjergji Vurmo, who oversees the EU and Balkans program at the Institute for Democracy and Mediation in Tirana. “This is not the first time Albania responds positively to similar requests by the U.S.”

Albania is currently home to the People’s Mujahedin Organization of Iran, an Iranian political-military organization that fled there in 2016 to avoid persecution by Iran. It also took in former Guantanamo inmates of Uyghur background once the U.S. deemed they were no longer a threat.

“Albania and North Macedonia have sheltered war refugees from the former Yugoslavia and together with Kosovo, the local populations have witnessed the dire consequences of armed conflicts. People have also witnessed the U.S. support for their security, peace and democracy,” said Vurmo.

For North Macedonia, this is also a way to show it takes NATO membership seriously and also to gain diplomatic leverage to unblock its EU accession talks.

In 2019, the country, then called the Republic of Macedonia, changed its name to North Macedonia to resolve a dispute with Greece, which had claimed the country had usurped the name of its northern Macedonia region. A hard-fought deal with Athens led to it lifting its vetoes on Skopje’s EU and NATO accession.

All 27 EU countries agreed to launch joint membership talks with North Macedonia and Albania in March 2020.

But Bulgaria lodged a veto against North Macedonia’s membership until the latter admits its language is derived from Bulgarian and adapts its history textbooks to reflect a stronger Bulgarian presence.

“Appreciation for the United States is extremely high considering how disappointed and angry people are at the EU. People think that the U.S. is the country’s key strategic partner,” said Predrag Arsovski, a Macedonian commentator and columnist.

“The entire region is expecting a sea change from the current U.S. administration compared to the Trump administration. They expect Biden to be much more involved. This is why they want to cash in their chips early,” he said.

Why you need a marble, mirror and hairdryer at your final inspection

Sam Is Now A Major Hurricane, But Isn’t Likely To Hit Land : NPR