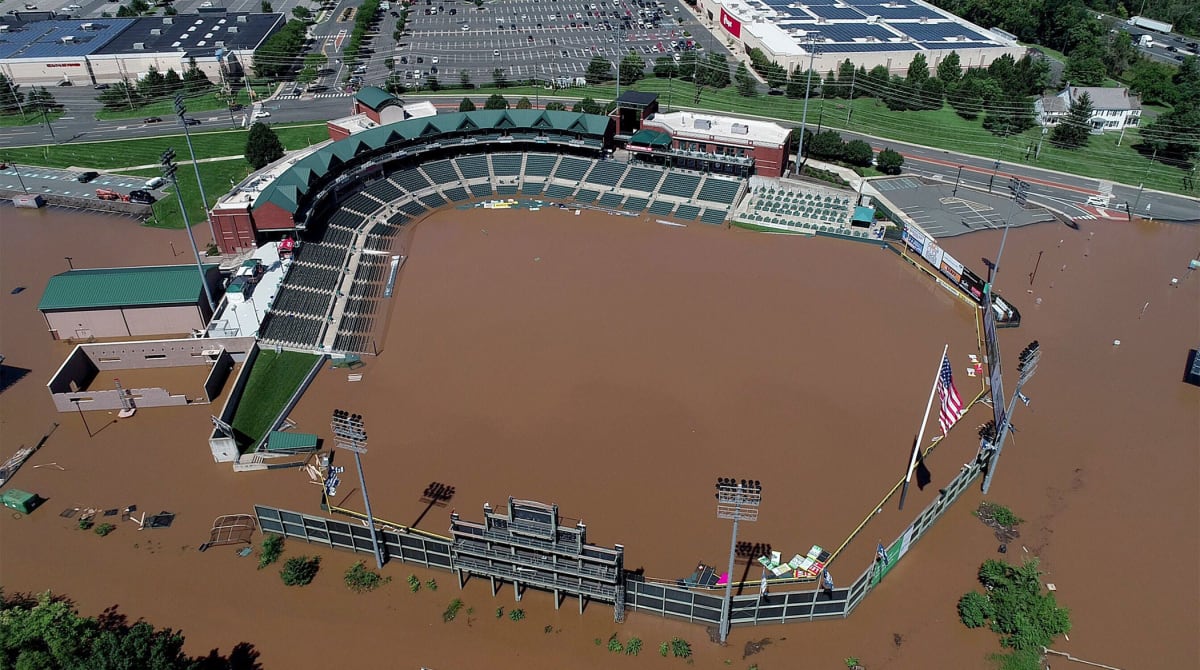 The remnants of Hurricane Ida wreaked havoc on the northeast as its heavy rainfall created mass flooding.

TD Bank Ballpark, the home of Yankees Double-A affiliate in New Jersey, is completely underwater, much like the surrounding area. Somerset Patriots President/General Manager Patrick McVerry said in a statement that the club is “in the process of evaluating the extent and the damage caused.”

While they are on the road this weekend, the Patriots were expected to host a six-game series with the Hartford Yard Goats starting next Tuesday.

The northeast faced historic flooding as Ida pummeled the region, and even Yankee Stadium was flooded on Wednesday night. According to CBS News, Central Park was hit with 3.15 inches of rain between 8:51 p.m. and 9:51 p.m. ET—the most ever for an hour in New York City.

Even though the arena had a retractable roof, there were delays at the U.S. Open. The roof at Louis Armstrong Stadium was closed, but water still fell onto the court and stands. Kevin Anderson and Diego Schwartzman’s match ended up being moved and didn’t finish until after 1 a.m. ET.

Malaysian Paralympian Loses Out On Gold For Being Late To His Event : NPR

Granny Flips Off Police in Mugshot After Cannabis Farm Bust