Banana Republic vs. J. Crew: Everything You Need To Know

In keeping with our history lessons of some of America’s most prominent clothing and accessories companies, next up on the lesson plan is Banana Republic and J.Crew. Both known for their mid-priced classic and preppy Americana style, these two companies have undergone some significant intercompany changes over the last few decades and have experienced dramatic highs and lows. After a global pandemic that wreaked havoc on all things retail, both companies are back and ready to show the world who they really are as they prepare to dress America one sweater at a time. 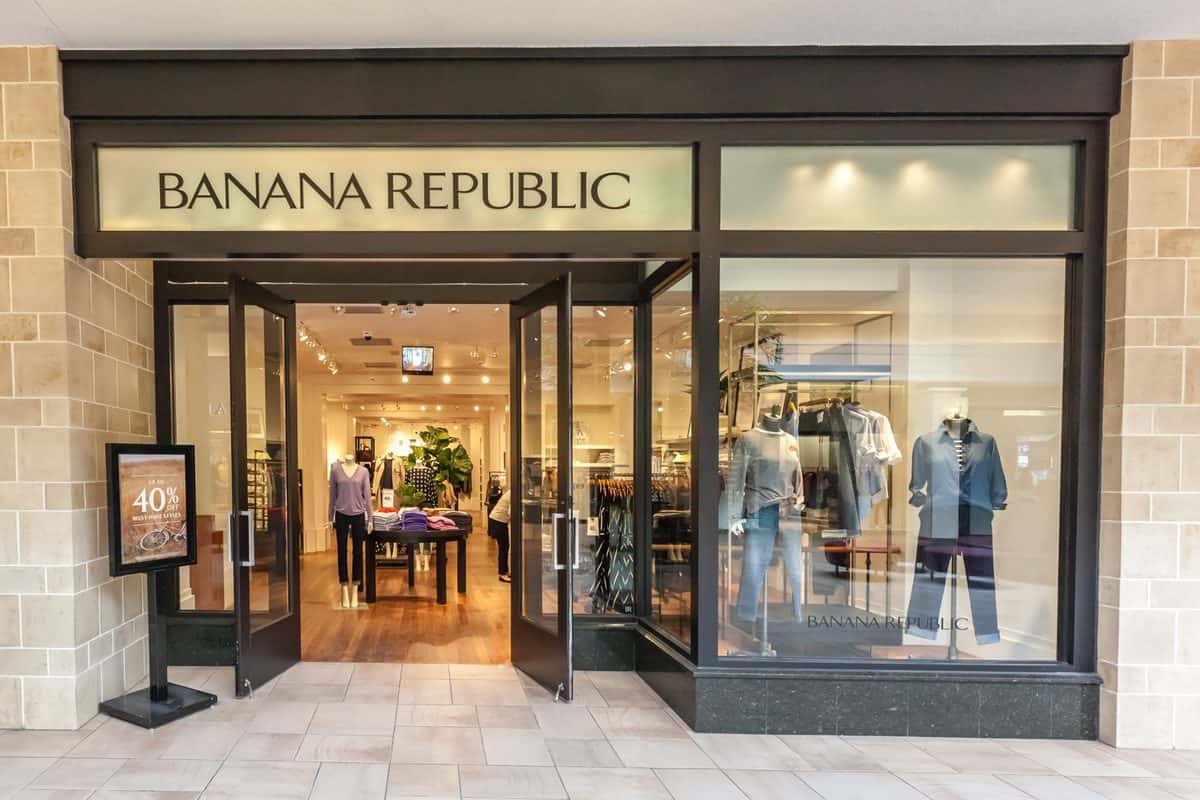 Banana Republic was co-founded in 1978 by husband and wife team Mel and Patricia Ziegler. He, a reporter for the San Francisco Chronicle, and her, a courtroom artist working for the same newspaper, were inspired by a surplus Bush jacket Mel had brought back from a work trip to Australia.

They began buying bulk surplus vintage clothing and altering it with new buttons and elbow patches and selling them at the local flea market. At one point they had purchased a large order of Spanish military shirts that had unusually short arms. Instead of conceding and losing money on the order, they concocted a fictitious story of Generalissimo Franco’s “Short Armed Paratrooper Shirts” and turned what could have been a disaster into a fortune.

Kevin Sarkki was hired at a starting wage of $5/hour as the original illustrator for the catalogs. The three of them would come up with stories and illustrations and then Kevin’s hand-drawn illustrations were rendered in printing techniques that are now pretty much non-existent. Today, these catalogs are collector’s items.

Because of their hard work and creativity, it wasn’t long before they opened a brick-and-mortar in their hometown of Mill Valley, California in 1978. Unfortunately, they were only able to grow so far on their own.

In 1983 they sold Banana Republic to Donald Fisher of the Gap, which currently operates as a division with over 600 stores internationally. Fisher insisted the couple remain the heads of the company and gave them total creative freedom. With all the money and power that the Gap had to offer, lavishly decorated safari stores began opening all over the country full of original clothing. They also hired a team of writers and artists to produce full-color illustrated catalogs.

Unfortunately, trends fade, and after five years of success, between the safari trend disappearing, the stock market crashing, and a new era of upper management conspiring to push the Zieglers out, the husband and wife duo left the company. As soon as they were gone, the illustrated catalogs were discontinued, the safari look of the stores was phased out, and Banana Republic took on its new persona of an American Sportswear company.

After years of underperforming, Banana Republic recently announced they are revamping their brand identity and going back to their roots. The latest campaign is “Imaginary Worlds” and is intended to reflect Banana Republic as it was originally conceived, as a fictitious territory in an unknown place, in a land far away, where explorers spin tales of folklore and adventure.

The brand has refreshed its fabrics and designs, channeling the original intentions of the Ziegler’s, and features leather and suede, Merino wool, shearling, silk, and cashmere on work and casual wear.

In keeping up with their new identity, Banana Republic is modernizing their existing US stores with a revamped design, elevated merchandising, hospitality, and styling services. These changes are an attempt to blend nostalgia and contemporary aesthetics.

See more about – Brooks Brothers vs. Jos A. Bank: Everything You Need To Know 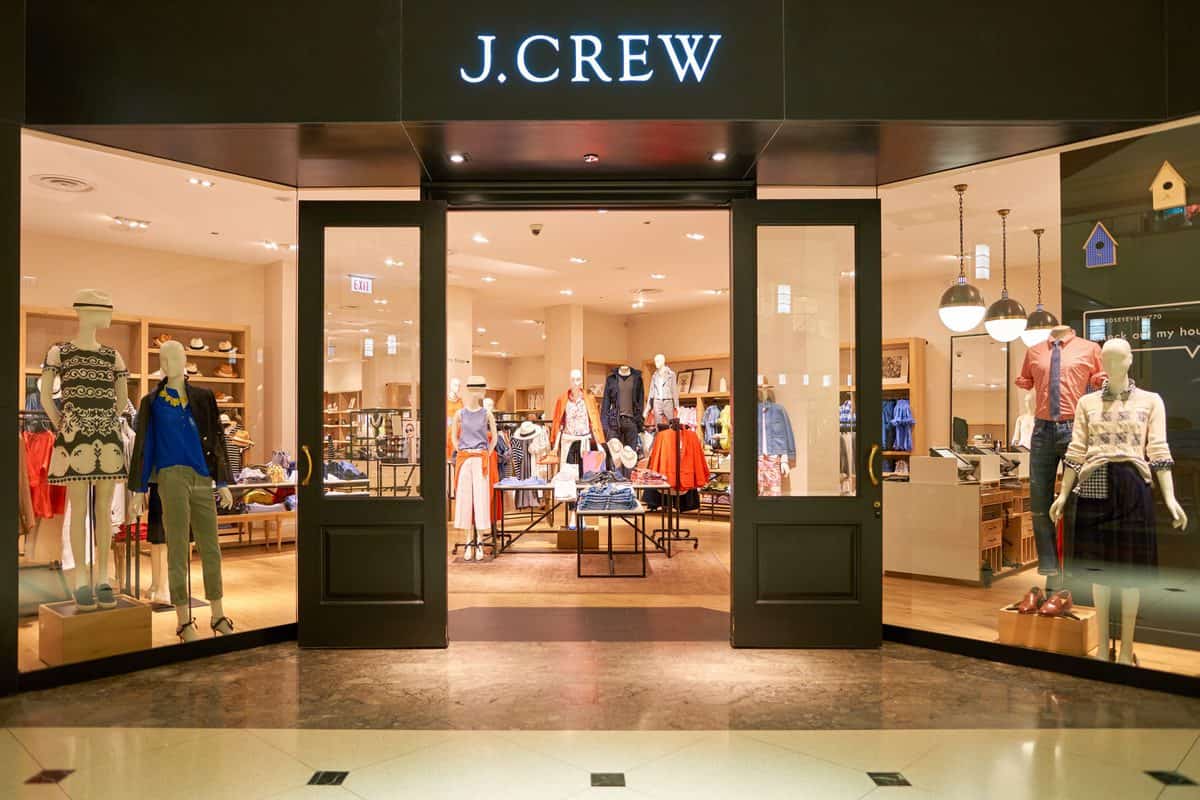 The story of J.Crew is a little different than that of Banana Republic. Having recently filed for bankruptcy after being in over $2 billion dollars of funded debt, the company is also looking to revamp itself and make a comeback.

In 1947, Mitchel Cinader and Saul Charles founded Popular Merchandise, Inc, which remained the name until 1983 when they rebranded the company as J.Crew and mailed out their first catalog. A few years later they opened their flagship store in New York City and the J. Crew dream was off and running.

In 1990, the company hired a new assistant designer straight out of Parsons. That person’s name was Jenna Lyons. Lyons was given the room to flourish and execute her creative vision of mixing menswear with feminine aesthetics, not only in the retail stores but also on celebrities that were being photographed and published, prompting a new era for the brand.

Lyons worked under the direction of CEO Millard “Mickey” Drexler, previously a director at Apple, and as the CEO of Gap Inc before landing at J.Crew. The two worked together to design and execute this new vision in order to build a brand that would become synonymous with style and class and known for pushing the envelope.

In 2008, Drexler appointed Lyons as the executive director, and in 2010, as the president of J.Crew.

Also during this time, the brand launched the J.Crew Collection that included an $800 skirt and a $1900 sweater. During a recession. It did not go over well with the brand’s core audience. However, at the same time, First Lady Michelle Obama was wearing the brand’s clothing in magazines and for television appearances, immediately selling out whatever she was wearing.

In 2014,  J.Crew reported a loss of $607.8 million in a single year. The typical J.Crew customer was blaming Lyons for being tone-deaf in her prices and misunderstanding who the brand should be appealing to. Being over $2 billion dollars in debt, the company shut down its Bridal Collection in an effort to help save the company. This was not nearly enough and Lyons ended up stepping down and leaving.

That same year the company terminated 250 jobs, closed 50 stores, and eliminated dozens of positions at the corporate office. Drexler was also replaced as CEO. The pandemic hit and the company filed for bankruptcy.

Starting fresh, J.Crew just launched their Fall 2021 campaign starring Tracy Ellis Ross, star of Black-ish and a fan-favorite of fashionistas everywhere. Coming back with reasonably priced garments and fall fashion favorites with a twist, fingers are crossed that this campaign can be the start of bringing the company back to glory.

See more about – Abercrombie & Fitch vs. Hollister: Everything You Need To Know

The post Banana Republic vs. J. Crew: Everything You Need To Know appeared first on Next Luxury.

Todd Haynes On the Mystery of Lou Reed, Timeless Bands, and Rock Docs

The Best, Most Stylish Winter Jackets and Coats

More Celebrities Who Came Out This Year : LGBTnews