UFC welterweight contender Belal Muhammad is gearing up for a stern test. He is about to face fight game veteran and Brazilian jiu-jitsu wizard Demian Maia in the upcoming UFC 263 pay-per-view.

Belal Muhammad knows that a win against a former title challenger like Maia will help him break into the top 10 of the welterweight division. Maia is a legend of the sport and very popular among fans. Beating him at UFC 263 could hugely benefit Belal Muhammad’s career in the UFC and further his title ambitions in the division.

In a recent interaction with Sportskeeda MMA, Muhammad explained why he is keen on putting up a great showing against Demian Maia at UFC 263:

“I’m super excited. You know, like you said, he’s a legend of the game. He’s a huge name and he’s one of those guys that I’ve always wanted to test myself against. He’s that guy. To have him on your resume is a huge thing and this W is going to be amazing for me.”

Belal Muhammad 🇺🇲 will be returning to the Octagon for the first time since his controversial fight against Leon Edwards. 💪
Standing across the cage with him will be the veteran Demian Maia. 🇧🇷

Who do you think will walk out with the victory in this welterweight bout? 👀#UFC pic.twitter.com/b7MCCAv0VM

Over the past year, the one thing that fighters have missed most is the presence of fans during fights. Belal Muhammad is no different and is looking forward to fighting in front of spectators this weekend. Not just the fans, but his family will also be present to witness Muhammad live in action against Maia.

Muhammad is absolutely thrilled to have the opportunity to compete in front of his family and fans at UFC 263:

“I can’t wait to have fans back in the crowd. I can’t wait for this and I can’t wait to feel that energy. It’s going to be amazing. I just feel like they bring a whole different energy and then, for me, to have my family and knowing that they will be able to watch it live and come down, it’s an experience for us all.”

“Anytime I have a fight, anywhere I used to go, they’d always come with me no matter where it was. Even on the smaller shows so to have them back in the crowd with me is a different type of energy.” 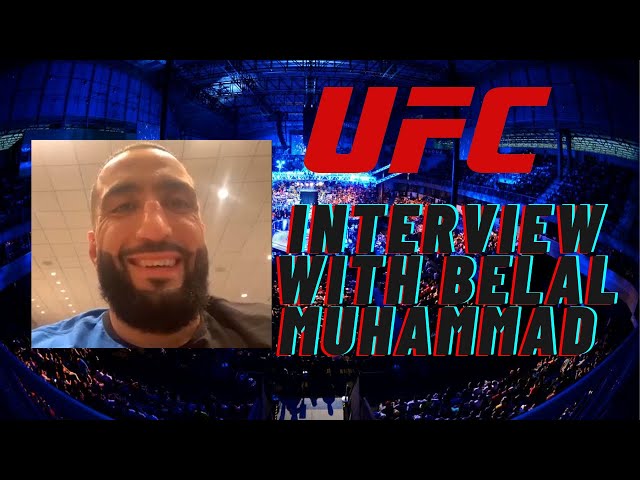 Do you think Belal Muhammad can beat Demian Maia at UFC 263? Sound off in the comments.

Patchy Beard Advice: How to Make Your Beard Look and Feel as Thick as your DNA Allows.

Meanwhile In NY: Dude Hit A Chick With 3 Right Hooks After Stealing Her Phone In Central Park!