Book of the Month: Two Can Keep a Secret by Karen M. McManus


Hiya guys! We are kicking the new year off with a lot of reading and I am so pumped for it. Although I enjoy reading, it’s one of those habits that I find very easy to toss aside. So for the new year I decided to issue myself a bit of a challenge… a 52 books in a year challenge! Is that overly ambitious? Yes, probably haha. But even if I can get through half of that amount I will feel really pleased with myself as that would probably be the most I have ever read in a year. And I thought I should really start off with something that would really peak my interests in wanting to read… a murder mystery! You will probably see me discussing a lot of books this year that center around that genre I’m not even going to try and hide that, haha. But I digress, my pick for Book of the Month is Two Can Keep a Secret by Karen M. McManus.  The subtext is ‘…if one is dead’ and oof doesn’t that just reel you in?! 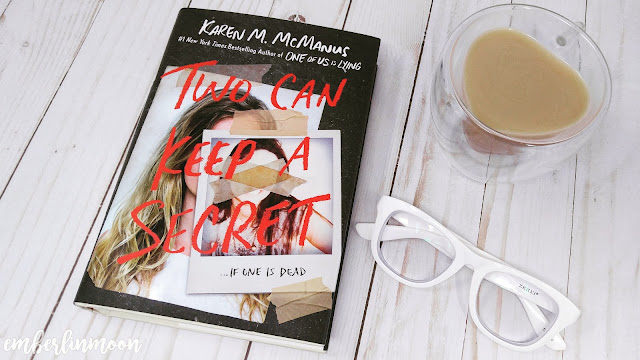 If you have been a part of my Book of the Month posts last year then the author Karen M. McManus may sound familiar or possibly you are a fan already and know who I’m talking about. I discovered her first book One of Us is Lying and have been hooked on her writing ever since. This is the third book of hers that I have read and I have one more on my list (Cousins) that I am hoping to get to before her new one comes out in the Fall. Yes, hooked is like an understatement it’s more I’m obsessed haha. 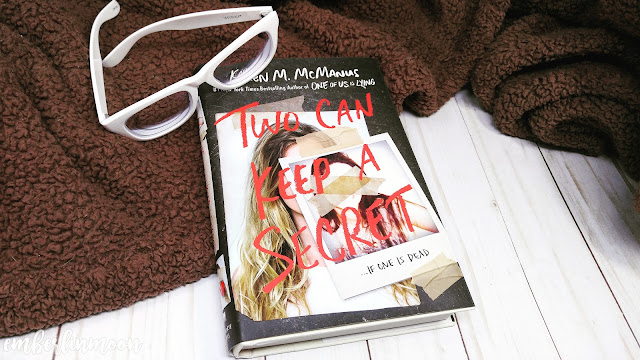 Two Can Keep a Secret by Karen M. McManus is a stand alone novel that centers around the small town of Echo Ridge. Despite it’s quaint appearance holds an abundance of secrets, lies, and mysteries. Including the disappearances and murder of young teenage girls. The two main protagonists are Ellery and her twin brother Ezra who find themselves thrown to live in their mothers hometown. With more questions than answers these two quickly find themselves in the middle of a tangled web. One that could even date back to the disappearance of their aunt and the murder of a homecoming queen five years prior.

I’m not going to even pretend the book didn’t draw me in because of the title alone. Before I even knew what it was about I was like yeah I’m buying this. Hook, line, and sinker. If you were a fan of Pretty Little Liars back in the day I feel like the title might do the same for you. Although it has no connection to that series whatsoever it’s kind of a nice nostalgic vibe. But that’s honestly the vibe from this author in general as her first book was murder Breakfast Club and her newest book is said to be Ferris Gueller sort of tone.. with you know, more murder. 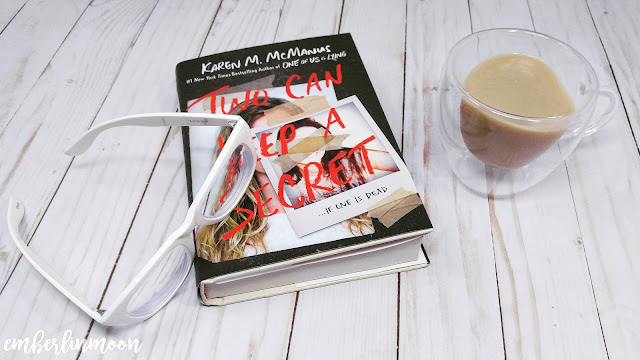 As of this post I’m actually about half way to finishing the book and will probably plow through the rest over the weekend. I feel like when it gets to a certain point you get that ‘can’t put it down feeling’ and you breeze through the rest of it. That being said, I do hope you guys join me in the book talk in a few weeks when we will discuss the plot and the ending. If you have any book suggestions please be sure to leave them for me as I’m not sure I have 52 books in mind that I would like to read, haha. Let me know what you think about my pick this month and if you’ll be joining me on uncovering the mystery behind Echo Ridge. Until next time xoxo Moonbaes.

10 tips to make it easier

What to Know About Timeshare Loans

Biden orders masks to be worn on airplanes, trains, and public transportation