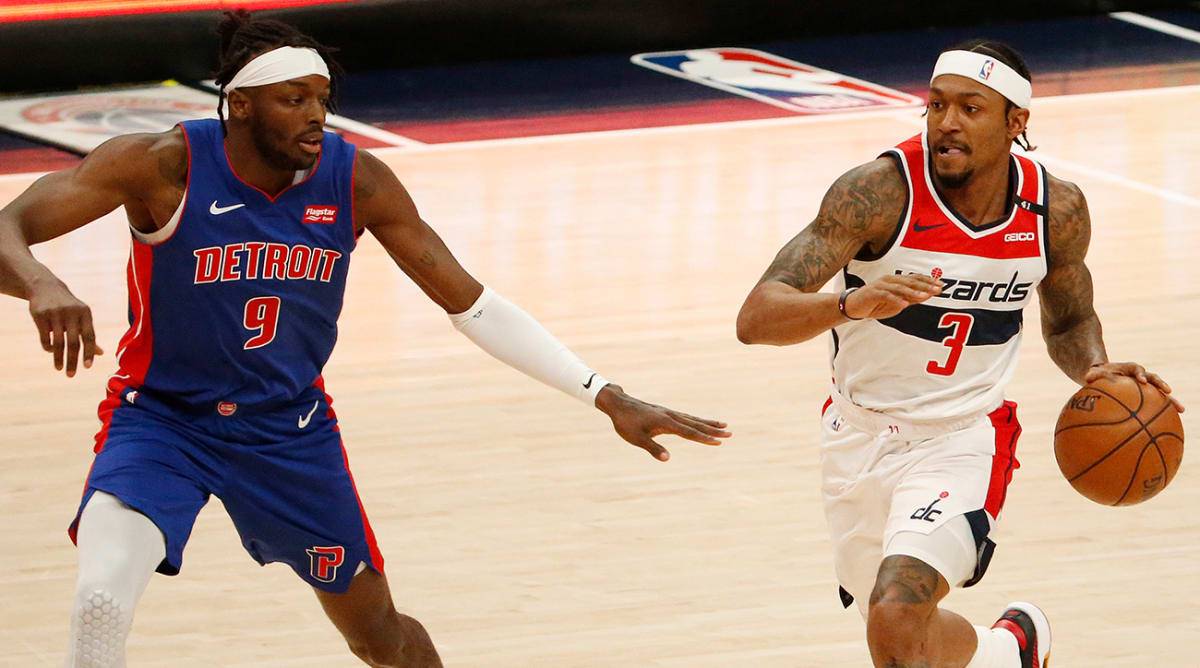 Wizards guard Bradley Beal will not play in the Tokyo Olympics for Team USA, USA Basketball announced on Tuesday.

Beal was placed in Team USA’s health and safety protocols on Wednesday. It has not been publicly confirmed if he has tested positive for COVID-19.

But he will remain in protocol, per USA Basketball

A replacement for Beal has not yet been named.

Beal averaged 31.3 points per game this season with the Wizards and was set to make his Olympic debut this summer.

News of Beal’s potential replacement comes as Pistons forward Jerami Grant, who was also one of the 12 players selected to represent the U.S. in men’s basketball at the Tokyo Olympics, has also entered Team USA’s health and safety protocols, per USA Basketball.

As of Thursday afternoon, Grant has not tested positive for COVID-19, according to The Athletic. USA Basketball said Grant was placed under the protocols “out of an abundance of caution.”

It is unclear if Grant will be allowed to participate in the Olympics.

A number of other players at the Team USA camp have been impacted by the protocols. On July 8, Knicks guard Immanuel Quickley and Hornets forwards Miles Bridges and P.J. Washington were all sent home, and out of Team USA’s training camp, due to COVID-19 protocols, per ESPN’s Brian Windhorst. All three were on the Team USA’s scout team, which is helping in preparations for the Olympics.

The U.S. team has been training in Las Vegas in the lead-up to the Tokyo Olympics. Both Beal and Grant have participated in the team’s three exhibition games to this point—a win over Argentina on Tuesday and losses to Nigeria and Australia earlier in the week.

The team has two more exhibition games—against Australia on July 16 and Spain on July 18—before beginning Olympic action on July 25.

More NBA Coverage:
• Inside the Block That Helped the Bucks Win Game 4
• Bobby Portis is the Bucks’ Unsung Hero
• Milwaukee’s Defense Was Built for This Moment

Getting to the Heart of ‘Provence Style’