Brazil inflation to peak in June or July 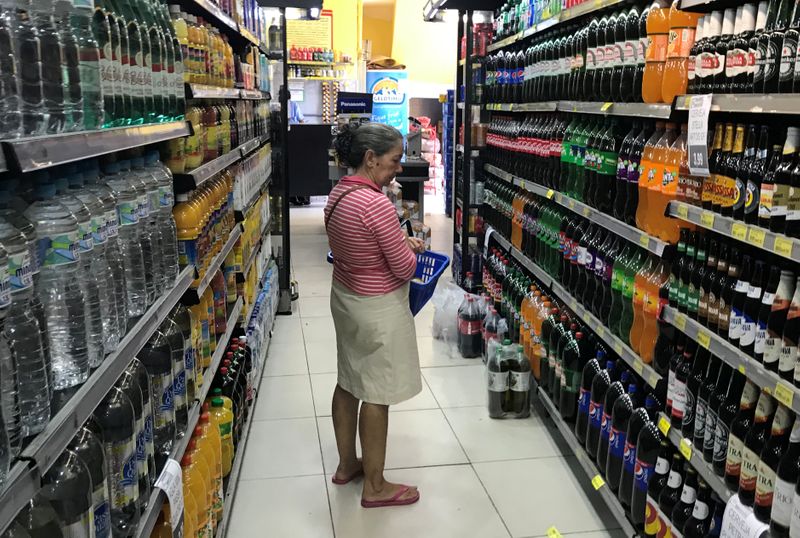 © Reuters. FILE PHOTO: A costumer looks for drinks at a supermarket in Rio de Janeiro, Brazil May 10, 2019. REUTERS/Pilar Olivares

BRASILIA (Reuters) – Brazil has some “issues” with inflation right now, but it will peak in June or July then fall toward the central bank’s target range thanks to combined monetary and fiscal policy action, a senior Economy Ministry official said on Wednesday.

Special secretary to the ministry Adolfo Sachsida was speaking in an online event hosted by the Brazil-Florida Business Council on the day figures showed monthly inflation in May at a 25-year high for that month and the annual rate above 8% for the first time since 2016.

“Right now we have some issues with inflation, I understand that, and probably inflation will peak in June and July. However, we are working very hard to bring inflation to inside the target by the end of the year,” Sachsida said.

The central bank is widely expected to raise interest rates by 75 basis points for a third time next week, lifting its benchmark Selic rate to 4.25%. Many economists expect it to rise much further in the coming months.

“I am quite sure that the central bank is going to do its part to put inflation down, and we here in the government are going to do the same,” Sachsida said.

A crowd bidding for road projects to cut winners’ margins

Jennifer Aniston Gets Candid About Relationship With David Schwimmer