Breaking the ‘Toxic Cycle’ of Fear Over Justice Reform 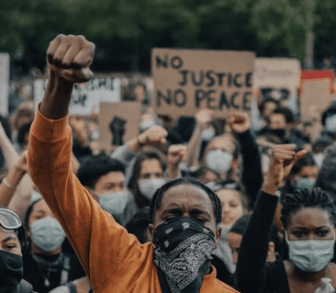 For decades, fear of rising crime has driven those in power to enact repressive policies, some of which are later decried as counterproductive and cruel.

A 2019 Hill story described the headaches their earlier “toughness” on crime was then causing some of the 2020 Democratic presidential primary frontrunners. Joe Biden was defending his support of a 1994 crime bill that fueled mass incarceration, and Kamala Harris was struggling to do the same with her not-very-progressive prosecutorial record.

Fast forward to 2022: Biden and Harris have ascended to the White House, though their futures remain uncertain. And The Hill recently published an op-ed, “Can Democrats avoid 2022 ‘death wish’ by getting tough on crime?”

The piece urged Democrats to back the same tough-on-crime policies they were called on to disavow in 2019.

Thanks to deliberately stoked fear of rising crime, the liabilities of three years ago are the campaign strategies of today.

Eric Adams, a one-time police officer and cofounder of a police reform group, was elected mayor of New York City in 2021 after vowing to protect residents from crime. In his new role, he has doubled down on aggressive tactics that reformers, including the Black Lives Matter protesters who filled the streets in 2020, have long opposed.

Among other things, Adams brought solitary confinement back to Rikers Island over the objections of those who had worked for years to ban it, including family members of detainees driven to suicide and most members of the New York City Council.

These cycles of reaction, reform, and backlash have left proponents of large-scale, structural change frustrated and angry.

We have seen decades of stagnation punctuated by spates of reforms that have failed to end police brutality and racist policing or keep people safe in jails, prisons, and neighborhoods.

Contrary to media narratives, crime is not rising because activists have succeeded in defunding the police.

Contrary to what the public is being told,. crime is not rising because activists have succeeded in defunding the police.

In fact, calls to defund the police have been met with superficial assurances that activists are being “heard,” and by simultaneous, behind-the-scenes maneuvering to preserve or expand police budgets.

Many police departments have been re-funded in recent years. After the mayor of Ithaca, N.Y., proposed one of the boldest police reform efforts to date in 2021, two officer positions were restored in the city’s 2022 budget, increasing the department’s overall funding.

Adding insult to injury, defund activists were then castigated for “going too far,” alienating potential supporters, and even losing elections for the Democrats.

Ironically, energetic young progressives—many of whom support the policy, if not the phrasing, of defunding the police—are the last, best hope of an increasingly moribund Democratic Party.

In 2020, groups and organizers in Democratic strongholds with sizable populations of nonwhite and left-leaning voters (see: Atlanta, Philadelphia, Detroit, and Milwaukee) helped propel Biden to victory in key states like Georgia, Pennsylvania, Michigan, and Wisconsin.

If we are not going to defund the police in any substantial, extensive, or lasting way, what can we do to curtail the most inhumane aspects of our current system? Getting rid of bad apples, which we have in many cases failed to do, only does so much when the barrel itself is rotten.

A 2018 Harvard Law Review article likened our criminal justice system to a piece of moldy bread. Its authors dismissed electoral politics as a sustainable vehicle for change; electing progressive prosecutors, they argued, is akin to cutting around the moldy parts.

It’s a fair point. But given that our prison system employs millions and our leaders lack the will to confront police unions, baking a fresh loaf will take a great deal of time and effort.

The clearest avenue to improvement in the short term is cutting around the mold.

The clearest avenue to improvement in the short term is cutting around the mold. We can excite young voters by backing reformers like Philadelphia’s Larry Krasner, who many see as a key driver of change in a system that desperately needs it.

Even the most dedicated officials can’t make lasting change alone.

To succeed, they must be and identify as part of a unified movement committed to defending the people, not just electing individual politicians.

As Krasner said after he was reelected by a wide margin in 2021, “This is about a movement”—one, he noted, that has been “led by Black and brown and broke people, and progressives.”

In contrast, Democrat Kim Beaty lost to Republican Tim Howard’s hand-picked successor, John Garcia, in the 2021 race for Erie County sheriff in upstate New York, partly because she did not galvanize progressives the way Krasner and others have: by running as part of a broader movement for justice.

Thirty-two people died during Howard’s tenure as sheriff. Incarcerated people continue to die under Garcia. In June, Sean Riordan died on his 30th birthday after a brief stint in the Erie County Holding Center.

Riordan might still be alive under a different sheriff. And Erie County might have a different sheriff if the Democratic nominee had run a more dynamic and compelling campaign—one based less on her personal qualifications and more on her vision for the office. 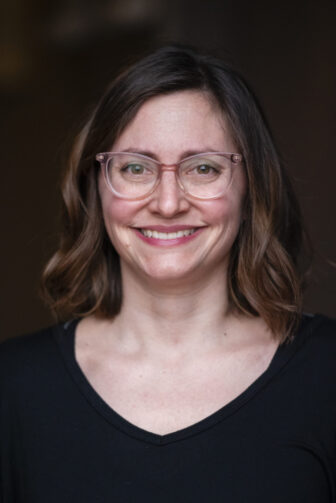 Whether or not we use the word “defund” matters less than how hard we are willing to fight to keep people safe—in communities, jails, and at the hands of the police.

Dwelling on the potential for short-term setbacks, like a one-off recall vote, can blind us to the possibility—and the necessity—of breaking toxic cycles to create lasting and transformative change.

Raina Lipsitz is the author of The Rise of a New Left: How Young Radicals Are Shaping the Future of American Politics, forthcoming from Verso on September 27. Her work has appeared in Al Jazeera America, The Appeal, The Atlantic, The Nation, and The New Republic, among other publications. Follow Raina on Twitter at @RainaLips: https://twitter.com/rainalips?lang=en or Facebook at Raina https://www.facebook.com/raina.lipsitz/

Taika Waititi, Rita Ora’s Fiancé, And Their Two Daughters Were Spotted In The French City While They Were Both In Paris

Ying Yang Twins’ D-Roc Collapses Onstage and Gets Carried Out

Ying Yang Twins' D-Roc Collapses Onstage and Gets Carried Out