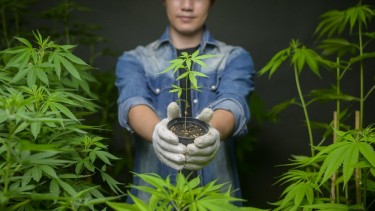 California has long been considered one of the weed capitols of the world – some of the finest weed comes from there. If you ask a Californian, they will say undoubtedly that it’s the pinnacle of weed excellence.

One would think with legal cannabis on the books that the cannabis industry would be thriving – and on paper, it seems to be doing “okay”.

However, heritage cannabis farmers are singing a different tune. By heritage we’re referring to the “pre-Prot 64” growers. We’re not even going back to the OG growers of old.

Nonetheless – these smaller farms, many of them located in Northern California are saying that an oversaturated market and high regulatory costs are making them sweat bullets!

In this article we’ll be taking a closer look at the problem, possible solutions and how these cannabis farms intend to survive.

An over saturated market…

California consumes about 2.5 million pounds of cannabis per year according to the California Department of Food and Agriculture’s 2017 Standard Regulatory Impact Analysis.

However, places like Humboldt produces 6 million pounds per year and with Prop 64, vertical integration was added to the equation so Mega Farms came online.

According to Business Wire – California will illegally export an estimated 12,717,133 pounds of cannabis in 2019 (Source)

However, illegal exports aren’t what we’re talking about here. While some of the legal crops will somehow make its way into the illegal exports – there is a clear problem in California – they’re growing too much weed.

With the inability to legally export, this means that many farms are seeing a return on stock with dispensaries saying, “it’s just not selling”.

What this means is that the price per pound is dropping yet the cost per pound is remaining the same. As you can imagine – for small business owners, this becomes troublesome to say the least.

Understanding the cost per pound

According to Natalynne DeLapp, the problem is because Dep Crops came into play. Dep Crops are “light deprived crops” which are not bound to your regular seasonal grow – meaning growers can cycle through harvests much faster per year.

This means that these small-scale farmers are standing to lose money, making it difficult to get a crop up and running for next year.

How to help the farmers…

It’s important that we keep these heritage farms alive. Otherwise, we’ll see a corporate takeover of cannabis which will then ultimately create a generic cannabis that nobody really wants – but consumes only because of convenience.

Fortunately, the cannabis culture is quite strong and while these farms may be struggling – home growing will always be the “organic solution”.

Nonetheless, these farmers do need some help and this could serve as a means of ensuring that other states don’t find themselves in a similar pit.

Firstly, giving unlimited acreage may not be the smartest idea. There needs to be some sort of balance between production/consumption within state under the pseudo-legal status.

The main issue is that California cannot “sell” their cannabis to other states, they are bound by federal law. These farmers wouldn’t have a problem if they could sell to New York or similar states – especially since they have a longer growing season.

Even international markets could provide the necessary revenue streams to sustain these farms, but unless some sort of federal policy changes are made – these farms will rely on their local communities and counties to survive.

One of these suggestions is to lower the processing fees. Due to the over saturation of cannabis, the state could technically lower the cost of inspection in order to deal with the volume, but it’s difficult to roll back norms once it’s in place.

The county can support efforts at the state and federal levels to bring relief to farmers,” she said. “At the state level, it’s essential that the cultivation tax is eliminated — no matter how low the price of cannabis drops, the state still taxes cultivation at a flat rate of $154 per pound. And at the federal level, we need a legalization bill that recognizes cannabis as an agricultural activity which would provide protection for small farmers rather than pushing the industry towards further consolidation.”

This is probably one of the best things that could happen to help California’s struggling cannabis industry. They have everything it takes to be a global powerhouse, except they have money-hungry politicians calling the shots.

We don’t know how many farms will survive for the next 2-3 years, as national and international markets come online. Until then, supporting your local cannabis farms is a good idea – keep the culture alive and buy local.

I would also like to see some sort of “farmer’s market” type system open up to help create an alternative revenue stream for these smaller farms.

Of course, my suggestion has always been to have a flat $1,000 per year federal license to grow weed up to $1,000,000 in profits – that way you protect the “little guy” while giving corporate America their own piece of the pie as well.

We can’t win them all, so let’s make an equitable marketplace for everyone. 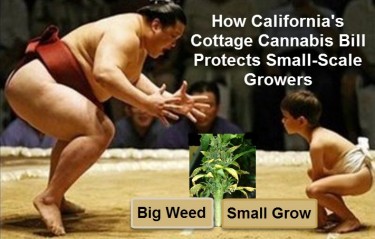 DOES CALIFORNIA DO ENOUGH TO PROTECT SMALL SCALE GROWERS?