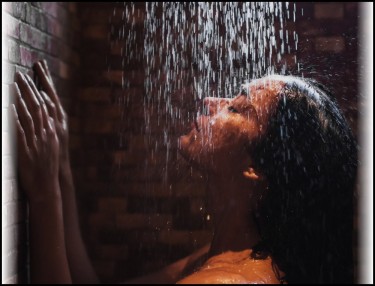 For a disease condition as serious as cannabinoid hyperemesis syndrome, one cannot but appreciate the rarity of the condition.

First observed in 2004, with less than 200 cases observed over the years, CHS was very difficult to diagnose.

No one could phantom that cannabis could induce the symptoms associated with this condition because most of these symptoms are the original reason the patient began to use the drug. Ironic!

Presently, the information known about this disease condition is limited, not all medical practitioners can properly diagnose the illness due to its rarity and minimal understanding of the condition.

What is Cannabinoid Hyperemesis Syndrome (CHS)?

This is a recently discovered disease condition that occurs in people that affects habitual consumers of cannabis.

An average of one Cannabinoid Hyperemesis Syndrome case is diagnosed in a month. The limited occurrence of this drug has caused scientists to suspect that genetics has a major role to play in those affected by this condition.

CHS is a difficult condition to diagnose. The symptoms associated with the condition are very common and can be observed in other medical conditions. Patients also tend to deny their use of cannabis drugs while consulting with their medical officers.

CHS is often diagnosed when other suspected conditions have been canceled out.

The steps leading up to the moment when CHS was officially diagnosed were difficult and costly. The medical personnel was confused at first, and a lot of money went into accurately diagnosing the root of the observed symptoms.

A study carried out in 2019 claims that an estimate of over $76, 000 was depleted on various tests carried to diagnose

Cannabinoid Hyperemesis Syndrome. Sometime in 2018, a study stated that a visit to the emergency room for a CHS-related diagnosis could cost as much as $4,600 for an average patient.

With the increasing cannabis reform policies across countries in the world, awareness of CHS conditions would increase. Medical personnel and patients will find it easier to correctly identify the condition, reducing the associated cost that would be incurred from running various tests.

Scientists have also taken the condition up, and are deeply committed to finding out more information about CHS. The available information is limited and incapable of educating vulnerable individuals on the dos and don’ts of the condition.

Step-by-step, researchers will pinpoint clear markers that can be used to diagnose cannabinoid hyperemesis in record time.

From studies carried out over the years, one thing is common; all patients have a record of frequent marijuana use. It has been established that the CHS occurs in a very tiny percentage of regular and long-term users of cannabis flowers or products.

Some researchers suspect that genetics play a huge role in the development of this condition in an individual, on the other hand, some researchers claim CHS is associated with the chronic use of marijuana.

Research is being done to prove either of these claims or both. With more studies, more complex information about CHS will be discovered.

A renowned forerunner in Cannabis research, Dr. Ethan Russo explains that while further research is being carried out to discover more on CHS, it is fair to state that CHS could be due to a rare genetic disease that is induced by excessive cannabinoid intake.

CHS is not caused by Pesticide

Unverified claims of CHS being caused by compounds present in pesticides have been refuted by Dr. Russo. The pesticides and neem oil used by farmers when cultivating cannabis do not in any way induce CHS in chronic users of cannabis.

If pesticides were indeed the cause, we would have observed a very high occurrence of the condition in thousands of people, as there are more pesticides now than there was when CHS was first observed in 2004.

It is equally important to point out that users of synthetic cannabinoids have been found to have CHS, and these synthetic compounds, though potent, do not contain any pesticide compound in them.

The available information is just enough to paint a vague sketch to describe how genetic tests might be used to diagnose CHS in the human body.

Dr. Russo with the support of Endocanna Health, a cannabis genetics testing company, is conducting the first and largest study focused on cannabinoid hyperemesis syndrome.

The team extracted the genetics of 28 patients that have previously been diagnosed with CHS.

After thorough experiments, the team was able to pinpoint five gene mutations that seem to play active roles in the development of CHS. These gene mutations are known as  Single nucleotide polymorphisms (SNPs). The gene mutation of these five genes causes a deviation from the body’s mood regulation, dopamine activity, gut action, and pain responses.

The five genes studied  are:

There’s so much more to figure out around the impacts of genes on the development of CHS. This study has however helped provide the medical community with additional clues to diagnosing CHS.

When a person has CHS, the body experiences sudden stimulation of the endocannabinoid system as well as other receptors and systems surrounding and working with this ECS.

These symptoms recur every few weeks or months. When these symptoms are not properly managed, it would become severe and might result in an emergency trip to the ER.

CHS patients have said that hot showers or baths help relieve their symptoms, albeit temporarily. Another temporary source of relief is the application of capsaicin cream on the skin. Antipsychotic drugs sometimes help some patients deal with the symptoms of CHS.

None of the above methods can give permanent relief to the patient. The permanent solution for cannabinoid hyperemesis syndrome is complete abstinence from cannabis and its by-products.

Abstaining for a few weeks or months will temporarily halt all symptoms, as soon as the user goes back to using cannabis, the symptoms will begin again.

THINK YOU HAVE CHS OR “GREEN OUT”, READ THESE… 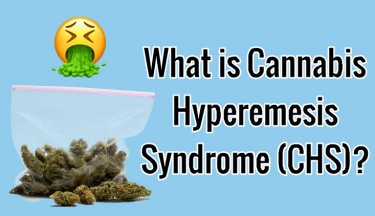 WHAT IS GREENING OUT AND IS IT PART OF CHS ISSUES? 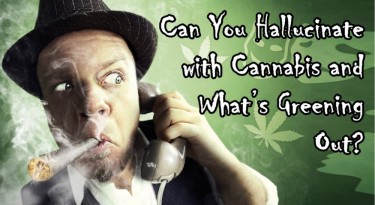 CANNABIS AND GREENING OUT, WHAT IS THE REAL DEAL?