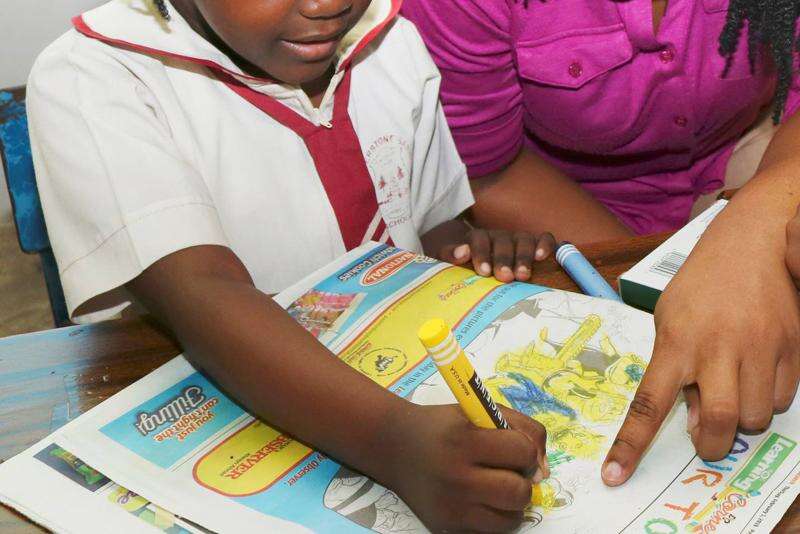 A teacher guides a student in this Jamaica Observer file photo.

PEOPLE will be allowed to lodge complaints with the Jamaica Teaching Council (JTC) concerning charges or convictions against teachers, if Parliament adopts the proposed changes to the JTC Bill which are being hammered out by a joint select committee.

The recommendation to add that clause in the complaints provision of the Bill was made by the National Parent Teachers’ Association in its submission to the committee in June. On Thursday, legislators agreed, after lengthy deliberations, to insert a fifth provision to clause 50(a) of the Bill to allow for complaints in writing to the JTC, where a teacher has been charged or convicted with a disqualifying offence in Jamaica, or in another jurisdiction.

The Bill defines disqualifying offences as those which attract a penalty of two years’ imprisonment or more. It sets out that where a teacher has been charged with such an offence, the council may suspend their registration, licence or authorisation to teach until a determination is made. The Jamaica Teachers’ Association (JTA) has, however, asked for this particular clause to be removed from the Bill.

There were concerns during the discussions about whether complainants should only be able to file a complaint about a teacher having been charged, even if there is no conviction. Member of Parliament for St Elizabeth South Western Floyd Green argued that there is some degree of risk when a charge is on the table for a teacher who is still in the classroom, while the school is unaware.

Green said: “A complaint doesn’t mean anything more than you raise it to the attention of the council and the council may look at it and say if the person has been charged or has been convicted. [But] let us say it comes to your attention that a teacher has been charged for molesting a child, and the school doesn’t know about it, I don’t know if there would be any breach of natural justice if the Act allows you to bring that to the attention of the JTC so that they can investigate. If you have found out that a teacher [who] is teaching your child has been charged with a disqualifying offence, you should have the ability to raise that with the council. If we don’t include it, it means that a person has to wait until the person is convicted, before they can even complain of it, I think that would be going too far.”

Government Senator Kavan Gayle made the point, too, that it presents the opportunity to investigate, indicating that some action is being taken by the education authorities. “Thinking about this in everyday Jamaica; the news says John Brown is charged with an offence and the administration does nothing, and the parents go march up and block the school and harass the principal,” he remarked.

Opposition Senator Lambert Brown said he was wary of the clause as not all offences should require separation or suspension from teaching, and that furthermore, he would only agree to the clause if it included a caveat to have those complaints directed to the school board first.

Head of the JTC, Dr Winsome Gordon, and Education Minister Fayval Williams pointed out that reporting to the board would only hinder the complaint process. “When you complain about a teacher you may know that the person is a teacher but you may not know who employs them. The complaint may be valid, it may not be, and you do not necessarily know the employer of the teacher. It is for the council to sort out after receiving the complaint,” Dr Gordon said, stressing that a condition of the legislation therefore could not be to make the complaint first to the board.

Williams argued that it should be made as easy as possible for people to come forward with complaints, instead of prolonging the process by obligating the complainants to pinpoint the institution and board. “Before you know it six months have gone by and the person gets frustrated,” she said.

At its last sitting the committee determined that the requirement for teachers to provide a criminal record in order to get a teaching licence, and self-report on past convictions, should be removed from the Bill. Dr Gordon said the entire teaching cadre should not be asked to take on the burden of submitting criminal records, unless there is justification. She also said the levels of criminality among teachers is almost negligible.

Ukrainians face winter in Kyiv without electricity, heat and water