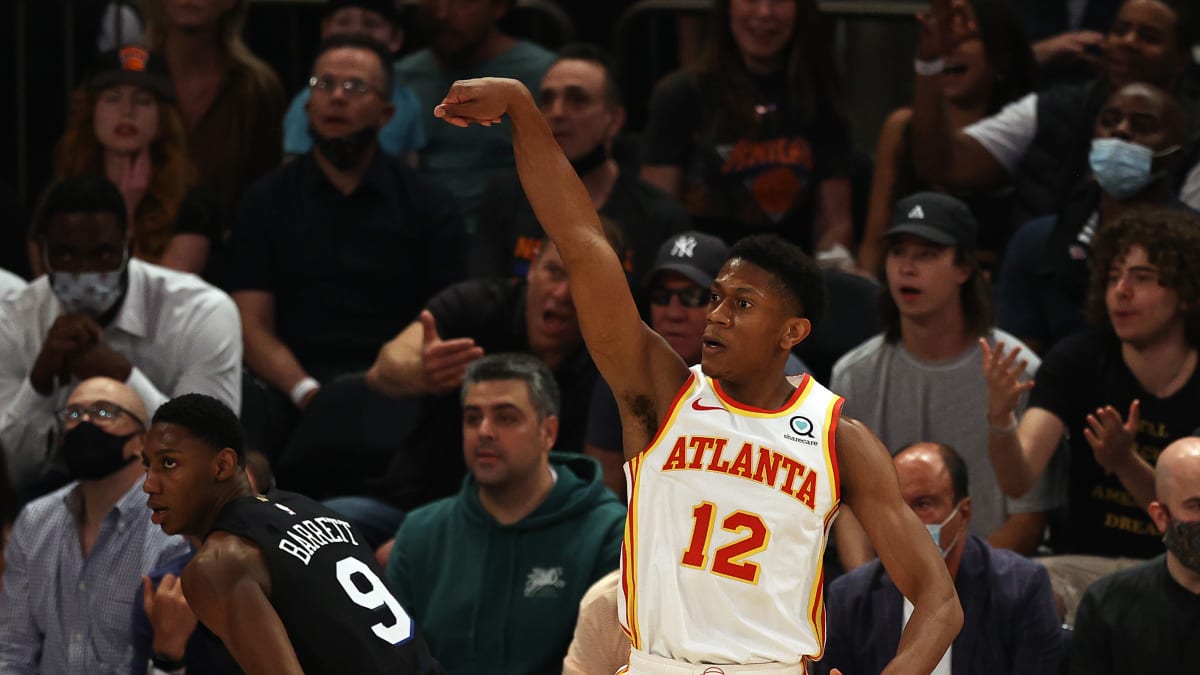 Hawks forward De’Andre Hunter suffered a small tear of his lateral meniscus in his right knee and will miss the remainder of the NBA playoffs, the team announced Wednesday.

Hunter will travel to Los Angeles this weekend and will undergo surgery to repair his lateral meniscus on June 15.

Before the Hawks played the 76ers in the first game of the Eastern Conference semifinals, Hunter health with some swelling in his knee. After an MRI, it revealed that Hunter tore his lateral meniscus.

Hunter played in 23 games this season and averaged 15 points and 4.8 rebounds.

“We are certainly a better ball club when he’s out on the floor with us because he just does so many things,” Hawks coach Nate McMillan said, according to the Atlanta Journal-Constitution. “Not only can he defend multiple positions, but he’s also an option on the offensive end of the floor.”

The Hawks-Sixers series is tied 1-1. The two teams return to the hardwood for game three of the series on Friday.

• Could This Finally Be the Clippers’ Year?
• Simmons and Young Couldn’t Be More Different
• Would Anything Be Surprising at This Point in the NBA Playoffs?