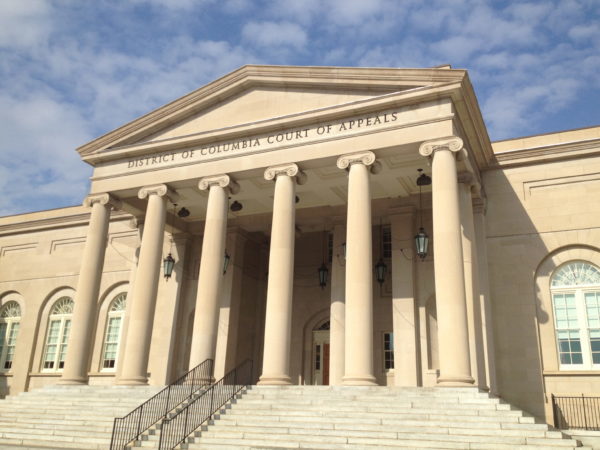 Drug Users Do Not Ask For Help

In Oregon, only 1 percent of people who received citations for possessing hard drugs asked for treatment. Half showed up for court.

State health officials have reported 473 unintentional opioid overdose deaths from January to August 2021, the vast majority of those occurring after decriminalization took effect.

An overview of mental health and addiction within the national offender population.

I hosted a television show interviewing former offenders who fought their addictions and won. They were an inspiration.

Before the show, we discussed addiction and what it really means. They told me of a story where heroin laced with other drugs was killing addicts and sending many to the emergency room. During a police chase, the dealer threw out a large quantity of the drugs. The city put out a notice asking people to help them find the package before others died or became sick.

That night, there was a multitude of addicts in the neighborhood looking for the drugs for personal use. “That’s addiction,” said the guests. “That’s what you’re dealing with. It’s overpowering to the point where nothing else matters. That’s why addicts go through treatment multiple times. Unless the system forces treatment, many don’t want it.”

In the first year after Oregon voters approved a ballot measure in 2020 to decriminalize hard drugs (emphasis added), which took effect in February 2021, only 1 percent of people who received citations for possessing controlled substances asked for help via a new hotline, with some questioning whether the approach is proving too lenient as others say the new system has already had a positive impact by redirecting millions of dollars into facilities to help those with drug dependency issues, reports the Associated Press.

Under Ballot Measure 110, possession of controlled substances is now a newly created Class E “violation,” instead of a felony or misdemeanor. It carries a maximum $100 fine, which can be waived if the person calls a hotline for a health assessment.

Out of roughly 2,000 citations issued by police in the year after decriminalization took effect, only 92 of the people who received them called the hotline by mid-February and only 19 requested resources for services.

Almost half of those who got citations failed to show up in court.

Meanwhile, state health officials have reported 473 unintentional opioid overdose deaths from January to August 2021, the vast majority of those occurring after decriminalization took effect. The count is nearly 200 deaths more than the state saw in all of 2019 even as opioid overdose visits to emergency rooms and urgent care centers also continue to rise.

The following is a quick summation of offenders and addiction-mental health-brain Injuries:

54 Percent Have A Serious Brain Injury

“Through a project that began five years ago, researchers have screened 4,100 people in jail, on probation or assigned to drug courts in Denver and five other counties to find out how many have traumatic brain injury — an impairment that could impact the likelihood of their return to the criminal justice system.”

“The results were stark: 54 percent had a history of serious brain injury, compared with 8 percent of the general population.”

“The initial screen used by researchers is a list of questions about previous head injuries, concussions, car accidents, assaults or partner abuse that involved blows to the head. Researchers aren’t counting people who’ve had their “bell rung” playing sports or were concussed after a fall. They’re concerned with the more serious injuries — those who’ve been knocked unconscious for 30 minutes or more or been in a coma; people who lost consciousness before age 15; and those who have sustained multiple blows to the head, perhaps because of domestic violence,” Denver Post.

Most Offenders Have Mental Health Issues

Those dealing with the offender population often describe many as, “Having a chip on their shoulder the size of Montana.” Hostility is often an everyday trait. Many of us believe that it’s related to massive child abuse and neglect.

We’ve known since a Bureau of Justice Statistics self-report study that more than half of all prison and jail inmates have mental health problems. These estimates represented 56% of state prisoners, 45% of federal prisoners, and 64% of jail inmates.

“Twenty percent of all US adults have some form of mental illness, but very few of them have a mental illness that will increase their likelihood of violence,” Slate.Com.

Some suggest that the numbers above are an undercount. Many are reluctant to admit to mental health concerns.

More than half (58%) of state prisoners and two-thirds (63%) of sentenced jail inmates met the criteria for drug dependence or abuse, according to data collected through the National Inmate Surveys (NIS).

In comparison, approximately 5% of the total general population age 18 or older met the criteria for drug dependence or abuse, Bureau of Justice Statistics.

There is always a dispute between a formal diagnosis of drug use and mental health and the actual number of offenders impacted. It’s routine for correctional agencies to report that 80 to 90 percent of offenders have a substance abuse background.

26.9 percent of people ages 18 or older reported that they engaged in binge drinking in the past month in 2015, National Institute on Alcohol Abuse.

There are articles about people who live in high crime communities having PTSD because of their exposure to violence in their families and community.  High-crime area violence seems to be corrupting; it may influence people who can see violence as a necessary component of life.

Between 75 and 93 percent of youth entering the juvenile justice system annually in this country are estimated to have experienced some degree of trauma, Children and Trauma.

A 2014 Department of Justice study shows that 60 percent of children nationwide are exposed to violence, crime, or abuse; consequences include poor school performance, drug and alcohol abuse, long-term physical and psychological harm, and risk of future victimization and suicide, Exposure to Violence.

A Johns Hopkins University sociologist discovered that the consequences of neighborhood violence reach further than previously known, even spilling over to students who come from safe neighborhoods, the Washington Post reports.

Using data from Chicago, Julia Burdick-Will linked exposure to neighborhood violence to a drop in test scores, an effect that extended to students coming from communities that experienced little or no violence.

The vast majority of our discussions about crime, police encounters that go wrong, treatment failures, and recidivism may be partially explained by the fact that offenders we encounter are very troubled people with brain injuries, PTSD, and mental health issues who self-medicate through drugs and alcohol. Medical problems within the offender community are well documented.

It’s probable that the conditions mentioned above explain the chaotic nature of the lives of offenders. It’s equally probable that the root cause of justice-involved people is child abuse few are willing to acknowledge or address, Child Abuse.

We have to come to grips that drug, alcohol and mental health treatments are very expensive and have to be administered multiple times before they take effect.

It’s also obvious that we cannot treat our way out of this problem without a massive influx of new funds.

If Oregon is an example, we may have to compel drug users to enter and succeed at community-based treatment, as problematic as that would be. They seem unwilling to do it on their own. Their troubled backgrounds require self-medication.

Contextual Note From A Reader

The Oregon numbers you provided are correct. There is an increase in overdose deaths in that time. But nationally we see that – even higher increases in other states than what Oregon has seen. I just would hate someone to read your article and take way from it that it was a change in the law that caused the increase in deaths.

During the coronavirus pandemic, drug overdose rates in America surged. In 2020, overdoses were up by 31% in the US, according to the Centers for Disease Control and Prevention (CDC). The death rate increased most dramatically among Black and Indigenous Americans – rising by 49% and 43% respectively in just one year. – https://www.theguardian.com/…/how-fentanyl-flooded-the…

China’s endless lockdowns remind some of the Mao era – HotAir