Demographic analysis of patients affected by COVID-19 in the USA

The coronavirus disease 2019 (COVID-19) pandemic has impacted various segments of the United States population disproportionately. From a racial and ethnic perspective, minorities like Black, Hispanic, and American Indian or Alaska Natives, have had unusually high numbers of COVID-19 cases, hospitalizations, and deaths. From a gender perspective, men have also been at a disproportionately high risk of COVID-19-related hospitalization and mortality.

There is limited research on U.S. population-level disparities in COVID-19 mortality outcomes across the intersection of race/ethnicity and sex due to the absence of publicly available data.

Researchers from the University of California Los Angeles (UCLA), and Harvard University attempted to bridge this gap by analyzing the first publicly available dataset from the National Center for Health Statistics (NCHS). To this end, this collaborative effort aimed to determine a possible demographic explanation of COVID-19 mortality on the basis of age, sex, and ethnicity. 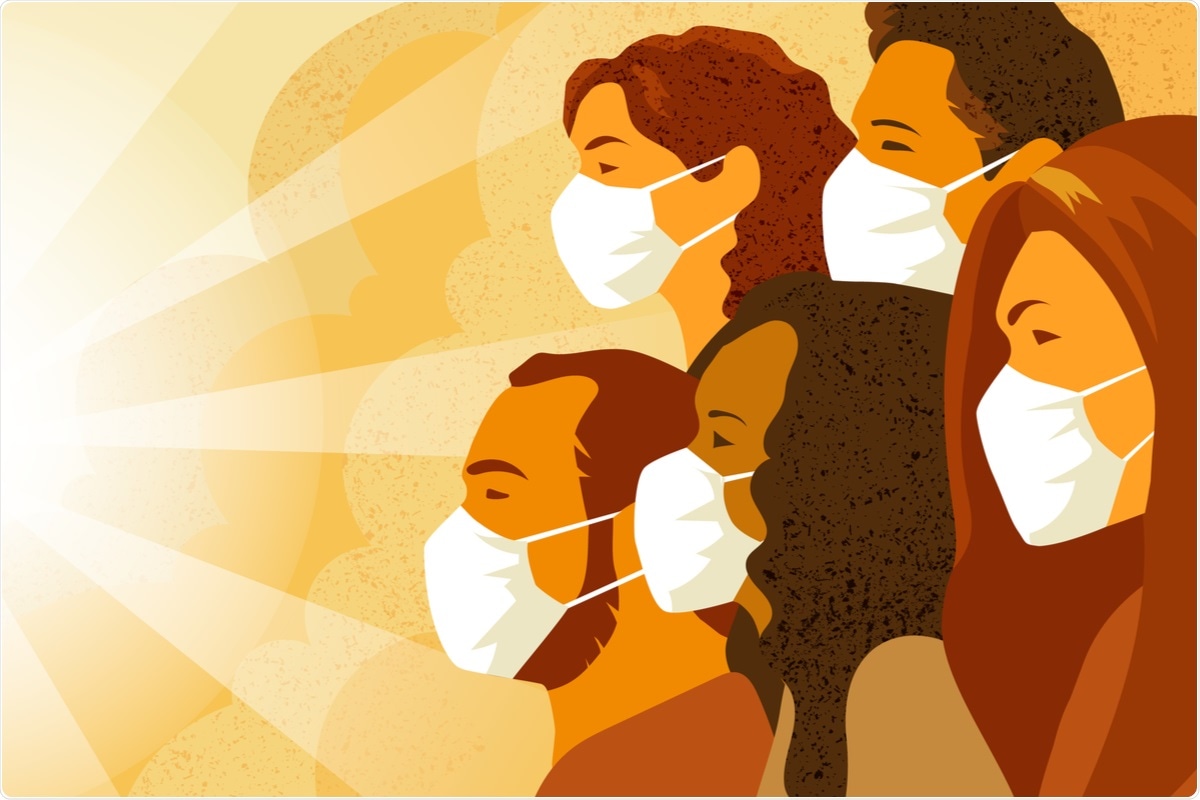 Study: National Population-Level Disparities in COVID-19 Mortality Across the Intersection of Race/Ethnicity and Sex in the United States. Image Credit: Designifty / Shutterstock.com

Population demographics of COVID-19 in the United States

Previous research by Rushovich et al. calculated population-level disparities in COVID-19 mortality outcomes by race and sex jointly in the U.S.; however, these estimates were obtained from the limited dataset that was currently available from Michigan and Georgia.

In their work, the researchers found that males had higher COVID-19 mortality rates than females within all racial groups considered. Furthermore, the magnitudes of the sex disparity for different races/ethnicity categories varied substantially, thus illustrating the interactive nature of race and sex in their association with COVID-19 mortality outcomes.

Herein, the researchers examined a dataset from the NCHS that was publicly released on April 15,  2021. This dataset provided a detailed account of COVID-19 death counts (ICD-10 code U07.1 (21) as an underlying or multiple causes of death and was stratified by race/ethnicity, sex, and age for 2020. This dataset also included counts of different comorbidities like diabetes mellitus, Alzheimer’s disease, influenza, and pneumonia of those deaths due to COVID-19; however, these factors were not included in the analysis.

The findings of the current study help researchers consider multiple biological, behavioral, and social factors that could contribute to these observed differences in COVID-19 mortality outcomes across the intersection of race/ethnicity and sex.

Biological pathways, for example, may include the proportion of angiotensin-converting enzyme-2 (ACE2) receptors, as well as the severity of T-cell mediated immune responses among men, which have been shown to differ significantly from women. Further, pre-existing health conditions like obesity, hypertension, and cardiovascular diseases among U.S. men are also likely to be contributors to the development of COVID-19. Comparatively, behavioral patterns like smoking, not wearing masks, and ignoring hand washing and sanitizing guidelines may also contribute to men getting COVID-19 more often than women.

Taken together, this data can provide valuable insights to researchers looking to conduct studies with a larger and more global sample size in an effort to elucidate the demographic relationships across races and ethnicities. Such analyses help in strategizing better preventive measures for a novel condition like COVID-19 and can greatly reduce the disease burden.

I found out a few months ago, my mom died of leukemia cancer, I felt horrible about it, I cried a lot, I have been feeling quiet and kinda sad lately, what can I do?