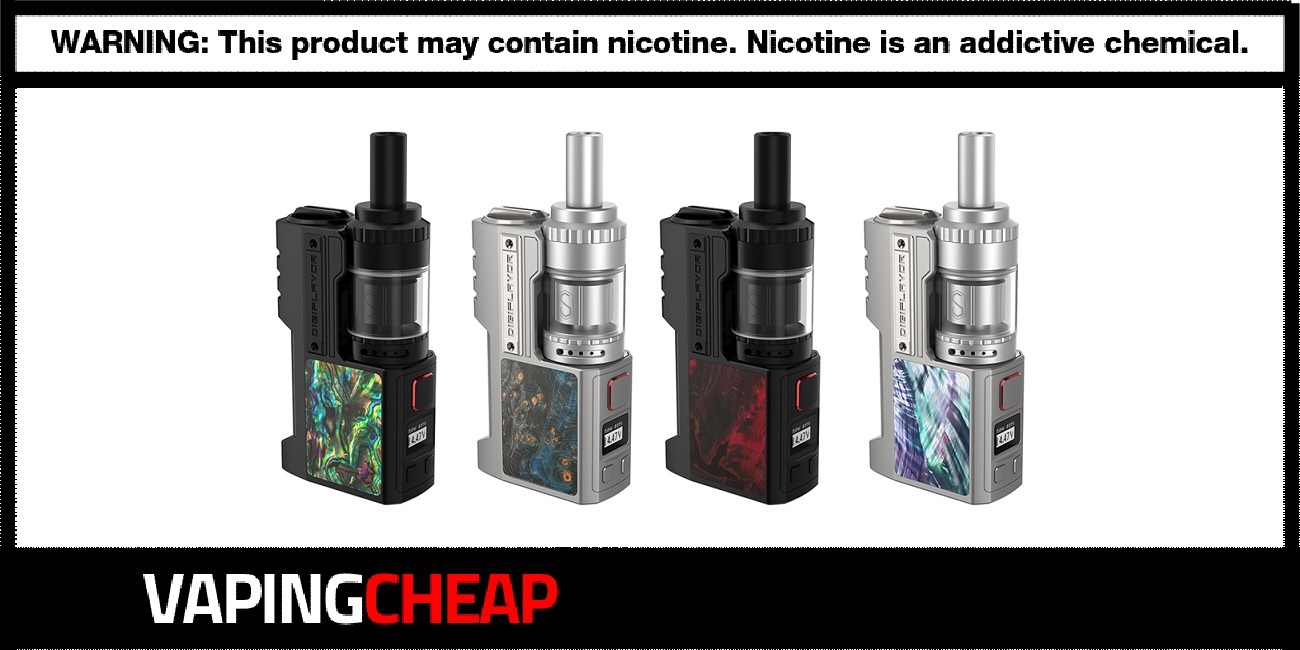 The Digiflavor Z1 SBS Mod is now on sale for only $33.91 after logging into your account. The full 80w kit, which includes the Siren 3 MTL RTA is also on sale for $52.99 after the code “Z1SBSK“. It’s also available from a USA based store for only $56.99 with free shipping over $75. You can pick from four different color options which are Black Abalone Shell, Black Stabwood, Silver Gray Scallop Shell and Silver Gray Stabwood.

Digiflavor is back with a side by side mod to the market called the Z1 Box Mod. It is powered by a single high drain 18650 battery and has a maximum wattage output of 80w. It’s a highly compact device that’s great for portable vaping, especially with its SBS design.

The Z1 SBS has three different user modes which are wattage, variable voltage and bypass, making it simple and easy to use. However, unlike some other SBS mods like the Aspire Mixx, the display screen is on the front rather than bottom.

If you’re interested in the full 80w starter kit, it comes with the Digiflavor Siren 3 MTL RTA. This tank atomizer has an overall diameter of 24mm and holds a maximum e-juice capacity of 4ml. Filling this RTA is a breeze thanks to the two large fill ports at the top. One of the best features on this tank has to be the build deck. It has a single coil two post build deck, which makes installing coils easy. Lastly, it has an adjustable bottom airflow design.

All in all, if you are a fan of side by side kits or want to pick up a MTL starter kit, then be sure to check out the new Digiflavor Z1 SBS 80w Starter Kit. Even if you just wanted an SBS mod that can accommodate taller tanks, this is definitely a great option for you.

Be sure to watch the Digiflavor Z1 SBS review video

Seeking Serotonin For The End Of The World