Despite the 34-year-old Whyte (28-3, 19 KOs) having been knocked out in two of his last four fights and narrowly missed a third knockout loss, Barker feels that he’ll be in a position to contest for a world title after two victories.

Whyte is facing Jermaine Franklin (21-0, 14 KOs) this Saturday night on DAZN in hopes of getting back to his winning ways after a sixth round knockout loss to WBC champion Tyson Fury last April.

For fans not familiar with the 29-year-old Franklin, he’s fought just once in the last three years, beating 46-year-old journeyman Rodney Moore (20-22-9 KOs). Before that, Franklin’s previous fight was against 40-year-old Pavel Sour (15-13, 10 KOs).

Whyte could be fighting Anthony Joshua next if he’s victorious against Franklin, but it’s difficult to imagine winning that fight. Even though Joshua has struggled lately, he’s on another level than Whyte.

Joshua will likely make quick work of Whyte, leaving the paying fans resentful over having wasted their money ordering the Joshua-Whyte II clash on PPV.

Whyte could probably get another title shot if his promoter Eddie Hearn were to repeatedly feed him Franklin-esque opposition. Still, he WON’T win a world title against WBC champion Tyson Fury, WBA secondary champ Daniel Dubois or IBF/WBA/WBO champ Oleksander Usyk. Those guys would beat Whyte like a bad habit.

What fans don’t understand is that Whyte is a taller version of Derek Chisora, and he’s not an elite-level heavyweight. Whyte is a journeyman with many more losses on his resume if he’d been matched against quality fighters instead of guys like Franklin, Chisora, Mariusz Wach, Lucas Browne, and Oscar Rivas.

“His ambition is still the same as it was when he turned professional, and that is to be the heavyweight champion of the world,” said Barker about Whyte.

“I do not doubt that a win or two will put Whyte straight back in contention for a world title shot, and maybe he can finally capture the prize he has craved for so long,” said Barker.

I hate to drizzle on Barker’s parade, but Whyte ain’t going to win a world title, no matter how carefully his promoter Hearn matches him. He doesn’t have the talent to win a belt or even a secondary strap. 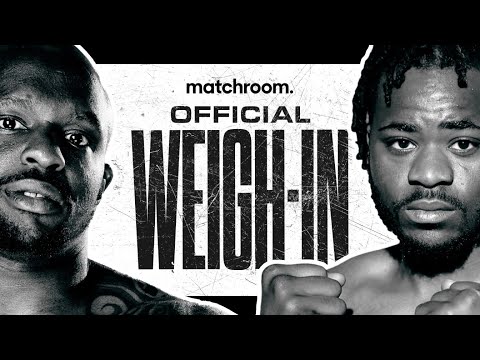 Salaries pumped up for parts of Joint Services