British heavyweight Dillian Whyte was able to survive a tougher-than-expected fight with Jermaine Franklin to edge a hard-fought 12-round majority decision at the Ovo Arena in London on Saturday night.

The previously unbeaten Franklin started well and looked comfortable in by far his biggest fight, using his jab and bodyshots to take the opening round. Whyte stepped up the aggression in the second round, but Franklin had his moments and largely fought on even terms.

Whyte (29-3, 19 knockouts), who entered the contest ranked No. 5 by The Ring at heavyweight, was the aggressor and pushed the American backward over the next couple of rounds.

Just as Whyte appeared to be getting a stranglehold on the fight, Franklin (21-1, 14 KOs) responded and showed he wouldn’t go quietly in the fifth and sixth rounds. 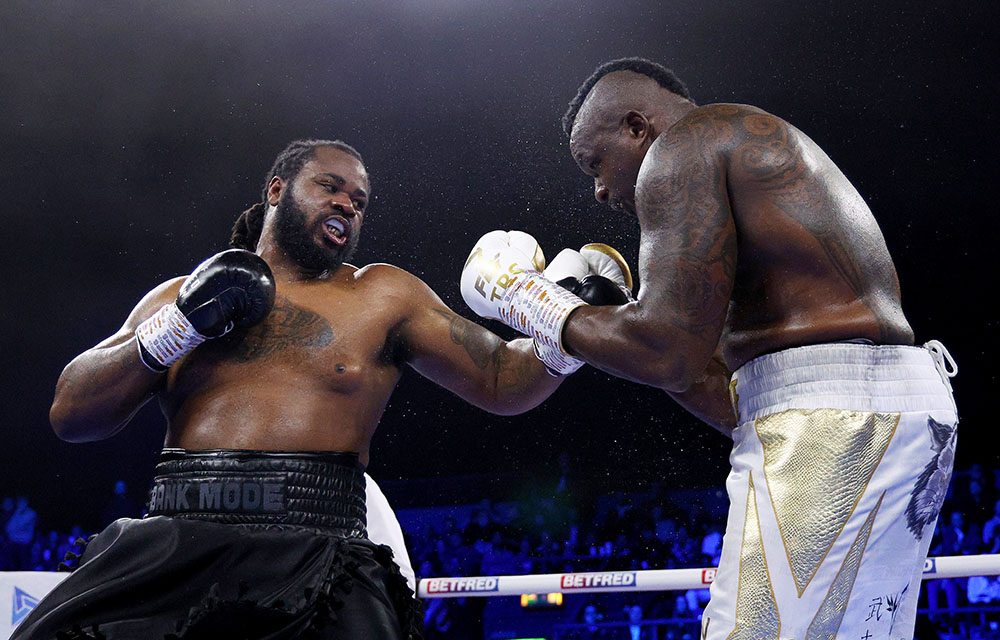 Whyte, 35, looked to be caught between styles, having his first fight under the tutelage of Buddy McGirt, and labored at times. But to his credit, he dug deep in the eighth round.

Franklin smelled blood and enjoyed a really good ninth round, backing up the more favored Brit with a big overhand right that rocked Whyte to his core and had him covering up on the ropes in the late stages of the round.

With the fight in the balance, Whyte grinded out the championship rounds with his greater activity. Whyte landed a big overhand right, but Franklin took it and was unmoved. Similarly, in the final seconds of the 12th round, Franklin was rocked and sent stumbling into the ropes.

“He’s undefeated and he’s come in and given us a good fight,” Whyte said afterward. “For me, because I’m boxing to new instructions, I could probably have been more active and let off more big shots.

“I’m ready for whatever. Right now I just want to go home and relax.”

Franklin was less than happy, believing he won the fight.

“I feel like I got robbed,” said the American. “I felt like I did enough to win the decision. I felt like I won the early rounds.”

“It was a great heavyweight fight,” said Hearn. “I think Dillian Whyte had to win the championship rounds to win the fight.

“Anthony Joshua is here; his next fight date will be announced next week. I’d love it to be Dillian Whyte. Maybe AJ goes first in March and then we do it in the summer, but I think that’s the fight to make next.” 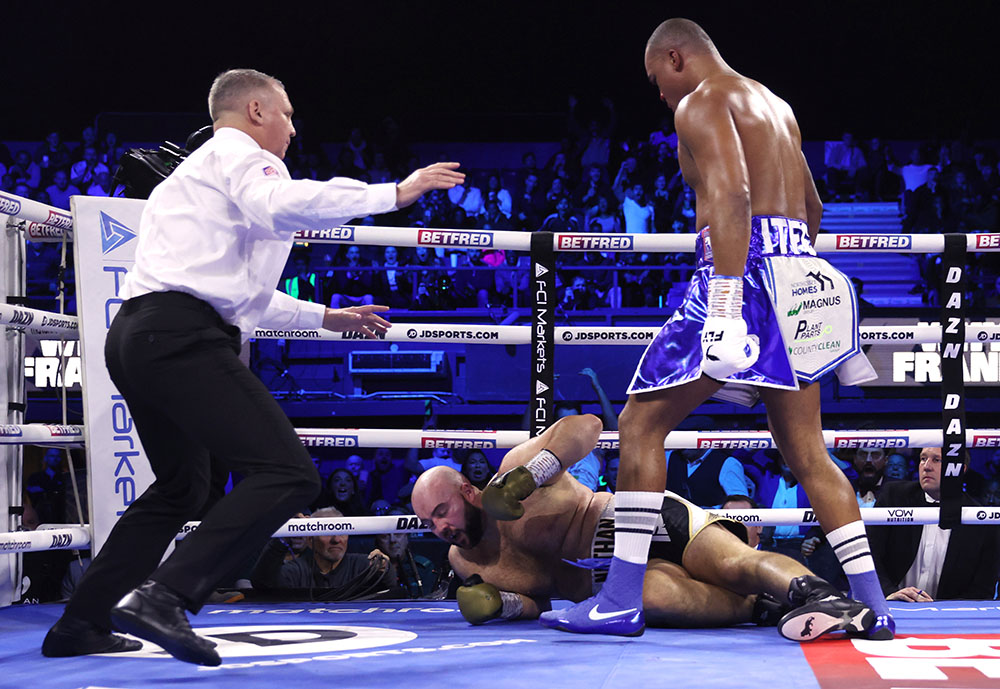 Wardley (right) stands over Gorman at the OVO Arena Wembley in London. (Photo by Steven Paston/PA Images via Getty Images)

Gorman, who had only previously lost to Daniel Dubois (KO 5) in a previous British title tilt in 2019, started off well and enjoyed a good opening round.

However, after Wardley, 27, was severely cut over his nose in the early stages of the second, he responded by dropping Gorman with a vicious right hand with just over a minute left in the round. Gorman rose and both looked to take the upper hand. It was Wardley, whose vaunted power again put Gorman down late in a frenzied second round.

Gorman, 26, looked to box Wardley in the opening passage of the third round, but Wardley knew he had the power to hurt his countryman and scored his third knockdown of the fight. While Gorman got back to his feet, his corner had seen enough and threw the towel in at 2:33 of the round.

“It’s been a mental journey, throwing myself into boxing and seeing where I ended up, and so far, so good,” said the new British champion. “I seem to be doing all right. I’m putting on some good fights. I’m having some good dust-ups. I’m feeling good; I feel like I could do anything and conquer the world.”

Questions and/or comments can be sent to Anson at [email protected].