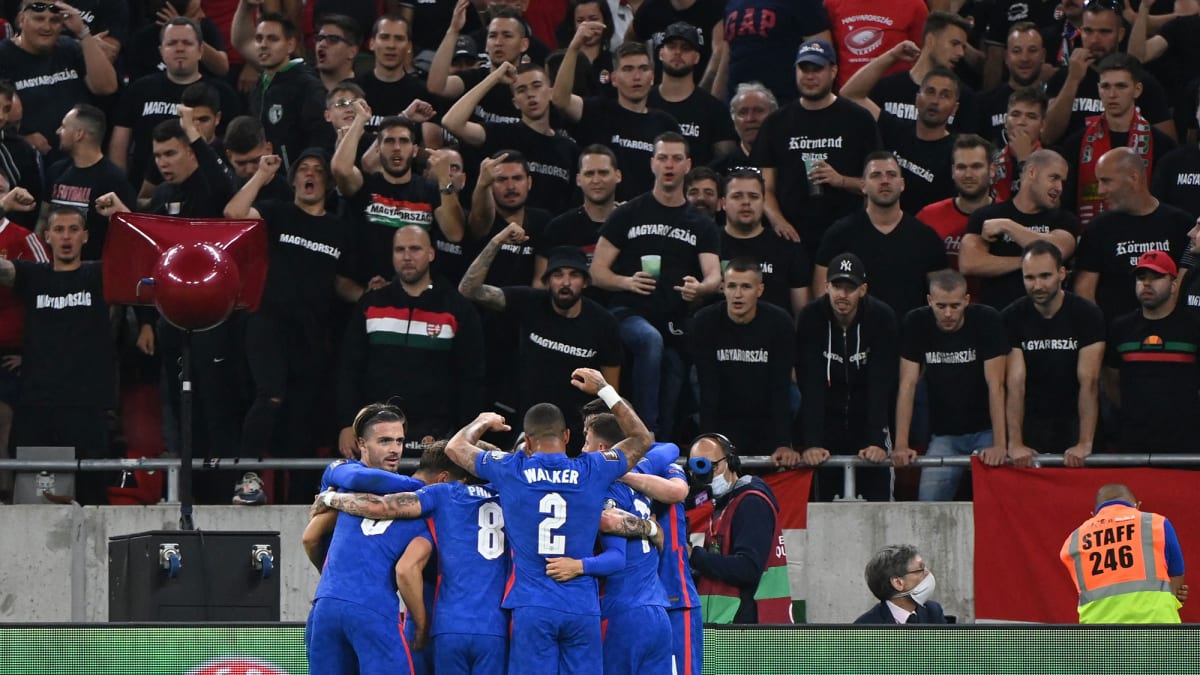 While England defeated Hungary 4-0 in its World Cup qualifying match on Thursday, the Three Lions’ victory was marred by racist displays by Hungary’s fans.

During the match, which was held in Budapest, sporadic monkey chants were targeted at England’s Black players. The team was also booed by fans for taking a knee before the game, according to Sky Sports.

The chants and cups thrown on the field were aimed at Raheem Sterling when he moved the ball near the sideline as he prepared to set up Harry Kane for the club’s second goal. Then, after Harry Maguire scored England’s third goal, a flare was thrown on the pitch.

After the game, Kane noted that racist gestures were “totally unacceptable,” per Sky Sports. The events followed Euro 2020, when three Black England players, Marcus Rashford, Jadon Sancho and Bukayo Saka, were racially abused online after missing penalty kicks in the final vs. Italy.

“It is extremely disappointing to hear reports of discriminatory actions towards some of our England players,” the England Football association wrote in a statement.

“We will be asking FIFA to investigate the matter. We continue to support the players and staff in our collective determination to highlight and tackle discrimination in all its forms.”

This wasn’t the first time Hungary’s fans have exhibited anger toward Black players. In June, players from the Republic of Ireland were booed when they took a knee in their match against Hungary.

As England continues its fight against racial inequality and disrespectful chants, Three Lions manager Gareth Southgate said his team will remain solid in its fight to end racism.

“Everyone knows what we’ve spoken about for two or three years,” Southgate told Sky Sports. “They know what we stand for as a team and we have to hope we can continue to eradicate racism not only in football but from life in general.”

Oklahoma has influx of patients overdosing on Ivermectin