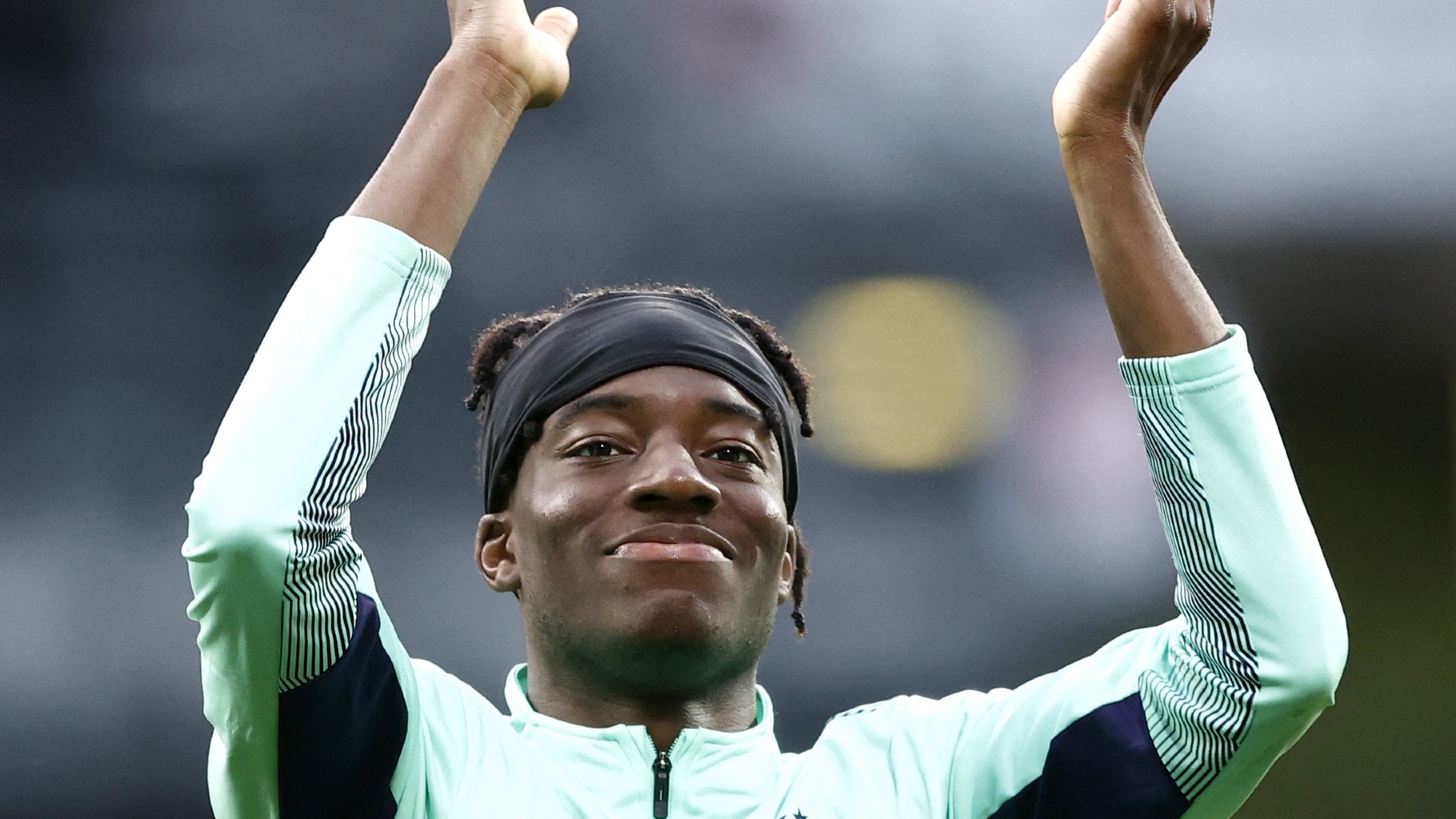 The 19-year-old has started the new season well with PSV, scoring six times for the Dutch outfit

PSV starlet Noni Madueke is hoping he can match the “confident arrogance” he sees in some of his idols like Cristiano Ronaldo and Lionel Messi.

Madueke has made a name for himself in the Netherlands after joining PSV’s academy from Tottenham in 2018.

The 19-year-old has attracted interest from Premier League clubs, and was profiled in Goal‘s NXGN series last year.

After being called up to England’s Under-21 side, Madueke told reporters: “All my idols – people like Neymar, Ronaldo, Messi and the new generation guys like [Kylian] Mbappe – play with a confident arrogance. That is something I like and try to implement in my game as well.

“I have high expectations of myself. To me I feel I can be one of the best players in the league and that’s what I want to do. I want to do well for my team. We have already won the Super Cup, got a taste of what it is to win something.

“I want to make sure I am as important to this team (under-21s) as my team back home at club level. We have to keep that mindset and hunger and competitive desire, and there is talent enough for us to be successful.”

The teenager has already scored six times for PSV this term and though he recently penned an extension with PSV, he indicated he’d be open to playing back in England in the future.

“Yeah, definitely. The Premier League is the best league in the world and every young English player wants to be there,” said Madueke.

“But also I am not someone who is afraid to venture elsewhere so whatever is best for my development, whichever country, I am a person who won’t be scared to take the leap.

“In terms of signing a new deal I feel comfortable committing my future to the club at this point and it has been a great start to the season and I am playing happy.

“When you are doing well there is always interest. My focus is playing well for my club. It is best to stay this summer. It is the right decision.”

Charlie McCann could be next Glen Kamara

Kimi Raikkonen to retire at end of F1 season

Great British Bake Off 2021: The Ultimate Guide to GBBO

Judge Wonders How So Many ‘Law-Abiding’ Americans ‘Morphed Into Terrorists’ On Jan. 6