Falynn Guobadia on if She Blames Porsha for Divorce From Simon, Addresses Cheating Rumors & Talks Dating 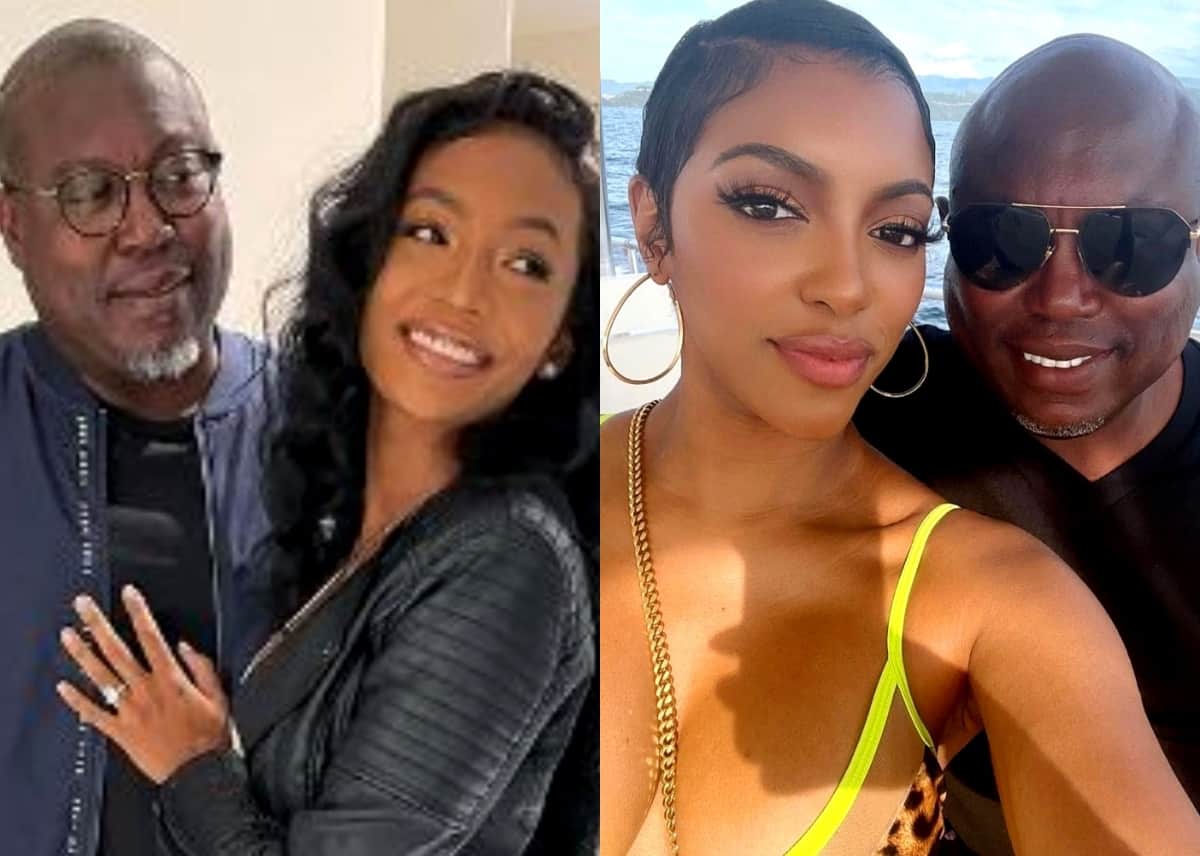 Falynn Guobadia opened up about her divorce from Simon Guobadia and his recent engagement to Porsha Williams during an interview with Adam Newell on Thursday.

After first answering a question about whether or not she felt her Real Housewives of Atlanta cast member was responsible for the end of her marriage, Falynn addressed Simon’s claims that she cheated and revealed if she resents him for convincing her to join the show.

“No one has that power over my life, my husband’s life and our marriage,” Falynn explained, according to a June 10 report from Entertainment Tonight, after being asked if she felt Porsha was responsible for her and Simon’s split.

“Simon and I were the ones who are married to one another, we’re the ones who created a family together and built a life with one another. I blame the both of us. He’s to blame, I am to blame and that is all. Whatever came after that. I’m not saying it was right. I’m not saying it was wrong. But no. No one has that power besides Simon and I,” she continued.

According to Falynn, she learned about Simon’s engagement to Porsha at “the same time as everyone else,” and like many others, she immediately experienced disbelief. In fact, she told her friends it couldn’t be true.

“This took the cake. It hurt. That’s the best way I can describe it,” she admitted.

Falynn and Simon were together for five years before confirming their split in April, but they took a nine-month break in between.

Looking back, Falynn said that marriage is “not easy” and noted that things between them began to change after she joined RHOA for season 13.

“Where I noticed it started changing, was after we started filming the show. I don’t think it was the show’s fault. We weren’t even on there like that for the show to be the ruin of our marriage. But I don’t know, it seems like other things were going on that I didn’t necessarily know about,” Falynn suspected, seemingly suggesting that Porsha’s romance with her former spouse began prior to April as she and Simon had claimed.

Although Falynn couldn’t say for sure when things between Simon and Porsha became romantic, she did hint that she had reason to think he’d cheat.

“Simon and I are not new to couple’s therapy and during one of our therapy sessions I will never forget it, the therapist had asked him, ‘Have you ever cheated on Falynn?’ And his response was this, ‘Simon doesn’t get caught unless Simon wants to be caught.’ And those words have stuck with me,” she noted.

As for Simon’s suggestion that she cheated on him with a man who previously worked as her assistant, Falynn denied any such thing, saying, “I never cheated on my husband.”

Falynn then said she’s “done dating rich dudes” and is looking forward to being with someone that “knows how to respect me and love me back in a way that I love.”

Billy Porter is a Kiehl's Fanatic

Is Slovakia vs Spain on TV today? Euro 2020 match kick-off time, channel and how to watch

Just got $50k. Where am I supposed to put this? : personalfinance