For Her Opening Match Of The 2022 US Open, Serena Williams Wore A Specially Designed Nike Outfit That Was Rich In Significance 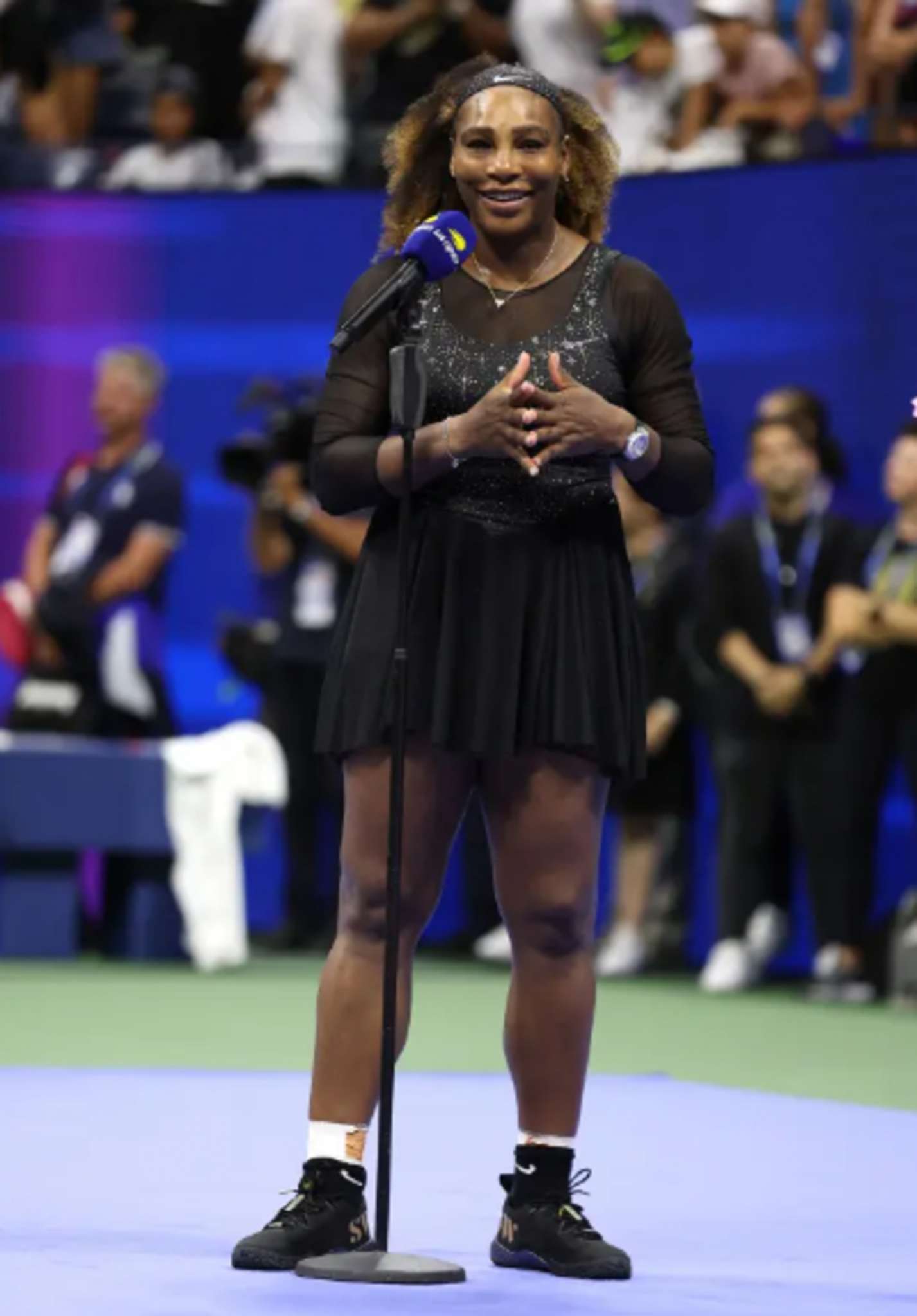 Serena Williams defeated Danka Kovinic on Monday night in her opening match of the 2022 US Open while wearing a personalized Nike attire that she actively participated in designing.

According to Nike’s media release, the outfit was designed by figure skating contest attire and featured a six-layer skirt to honor Serena’s six previous Flushing victories.

The jet-black, crystal-studded bodice, on the other hand, as well as the coordinating cape-style jacket Williams donned to take her spot on the court, refers to the night sky at the competition.

The 23-time Grand Slam champion’s outfit shone, but it wasn’t the only part of her ensemble. The 40-year-old tennis player also wore special PE NikeCourt Flare 2 sneakers with diamond-studded Logos, her monogram on the medial side, and solid gold string deubrés decorative shoelace labels created by the athlete’s own Serena Williams Jewelry firm.
The 400 hand-set diamond letters that spell out “Queen” on the deubrés are made of black porcelain. According to a statement from Nike, Serena took charge of her most recent dress for Flushing, giving complete vision and controlling the details for an exciting design made to make her gain confidence and be at ease.

Olympia Ohanian, Williams’ 4-year-old daughter, even mimicked her mother’s style from the sidelines while sporting beaded braids that matched the tennis champion’s debuted US Open outfit from 1997 when she was just 16 years old.

Williams will play Anett Koveneit on Wednesday after announcing her resignation from tennis a month ago in Vogue. Williams is scheduled to stop playing tennis after the Open. We are eager to see what she will choose for round two.

In a previous post, Serena Williams spoke about her VC Fund at the 1640 Society Family Office Wealth Forum, commonly known as “the Davos of the Hamptons,” an extremely exclusive gathering of celebrities and business titans, before she entered the court at the US Open.