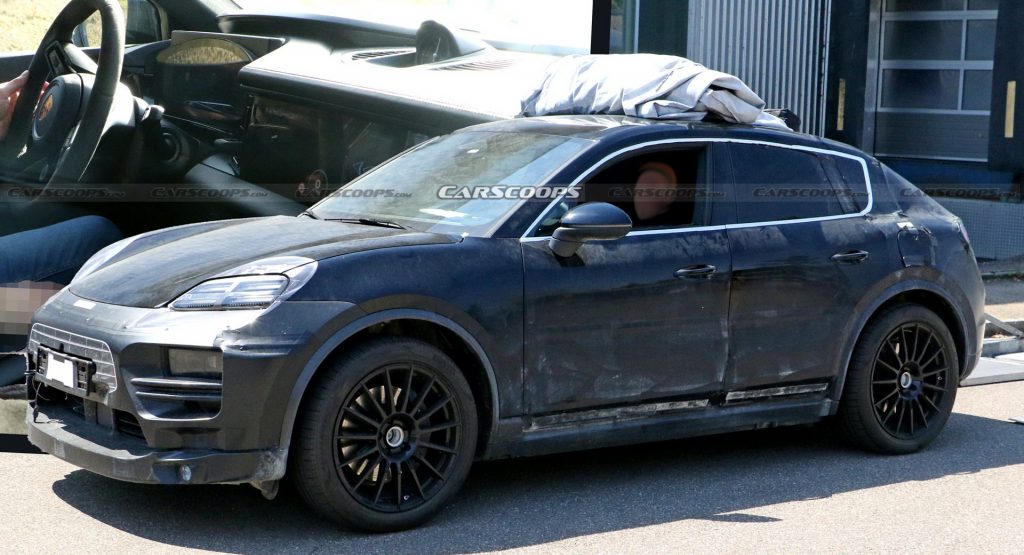 Back in May, Porsche officially previewed the fully electric 2023 Macan with photos of camouflaged prototypes going through their final stages of development. Today, we received spy photos of the SUV revealing more angles of its aerodynamic body as well as the redesigned interior.

Porsche’s smallest SUV has been quite popular since its reveal in 2014. While the first-generation Macan was facelifted in 2018 and will receive a second update this year, our eyes are on the all-new and fully electric second-generation Macan that will reach the market in 2023.

This one will be based on the new PPE (Premium Platform Electric) architecture developed by Porsche and Audi. While sharing the same 800-volt battery technology with Taycan, Porsche claims that the electric Macan will offer a significantly increased range compared to its first EV.

Read Also: From Digital To Real Prototypes, How Porsche Tests The 2023 Electric Macan 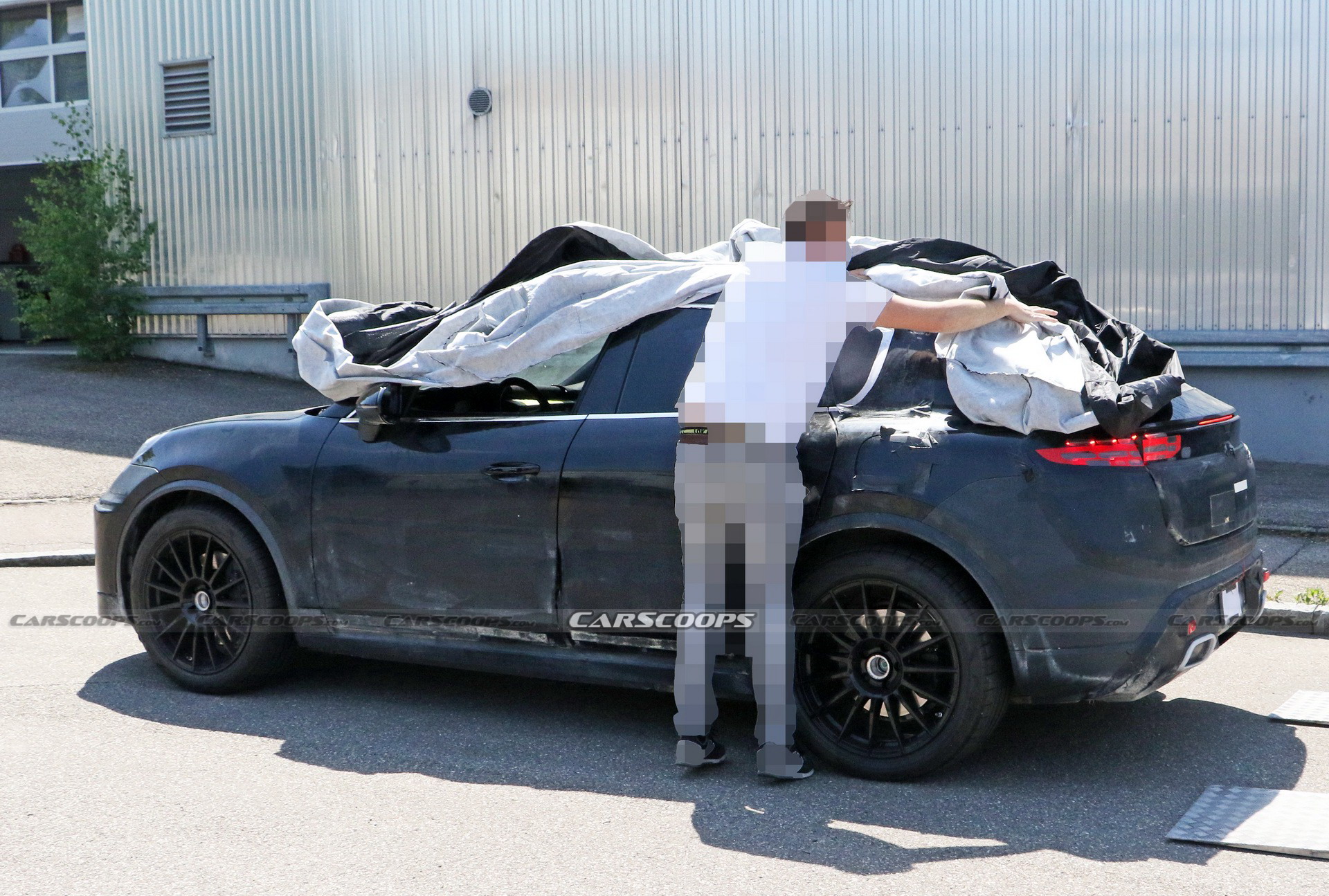 The Macan prototype was spied during its delivery and Porsche employees were rushed to cover it – even though we had already seen it. The camouflage hides the details however we can still see the slimmer headlights sitting on the front fenders, the low stance and the heavily inclined rear windscreen which looks like it belongs to a coupe-SUV.

Besides the exterior shots, this is the first time we see photos of the interior that looks completely undisguised although we are not sure if it is in its final form. There is a large digital dashboard behind Porsche’s classic three-spoke steering wheel and an equally large central touchscreen for the infotainment, sitting much closer to the driver. 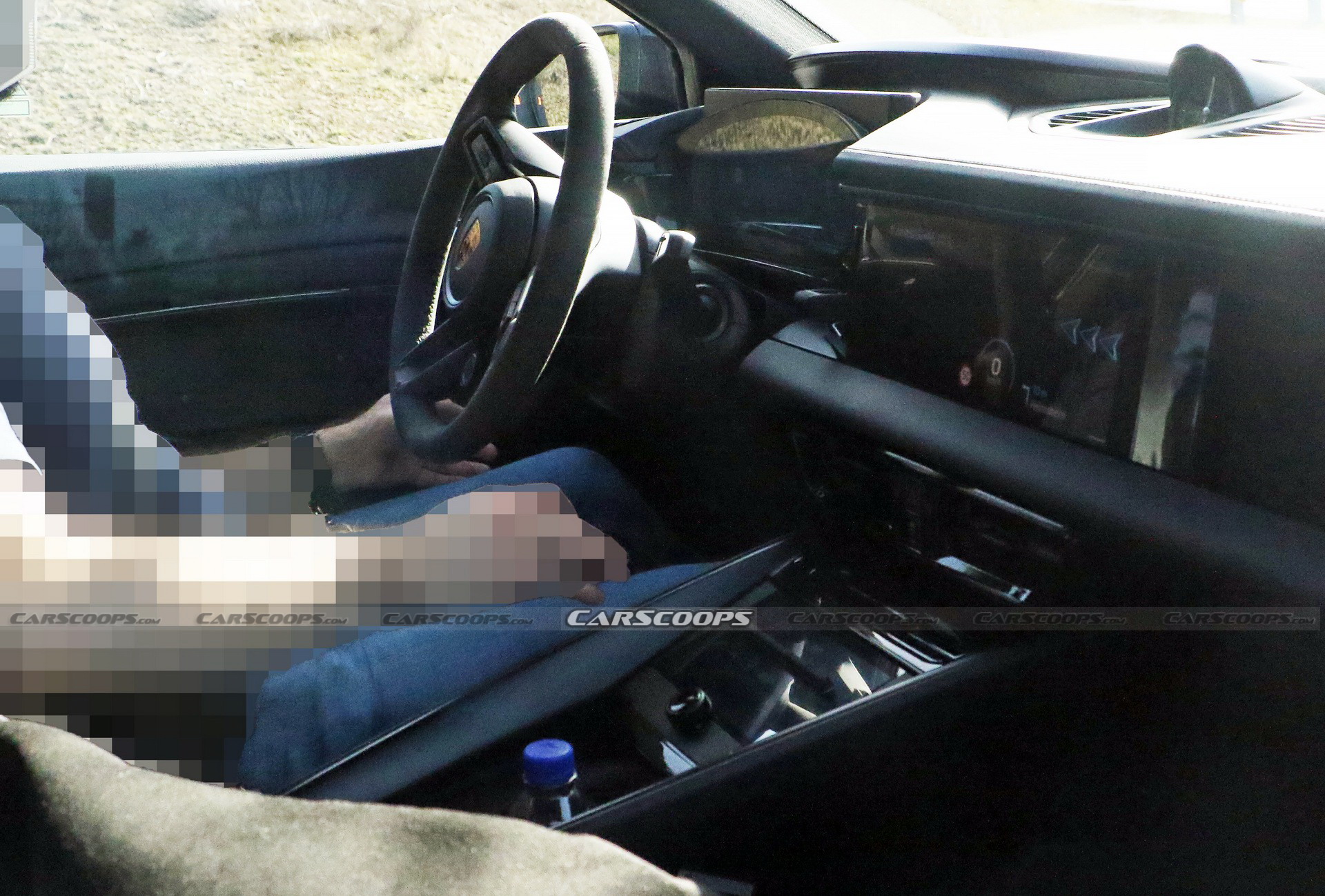 Other details include the slim climate vents, the analog clock on the dashboard, and the high-positioned central console with a circular knob and a large storage compartment. The interior is quite different from the upcoming facelifted ICE version of the Macan, giving the second-generation model a more premium feel.

Read Also: Porsche Is Giving The Macan SUV Its Second Facelift Since 2014

The 2023 Macan will be unveiled sometime in 2022, with production starting towards the end of next year. The electric SUV will be offered with two battery capacities, in several versions including the flagship Turbo S offering high power output and impressive levels of performance.

Drop in Mortgage Rates Not Enough to Spur Homebuyers

You Can No Longer Try Windows 365 For Free… For Now