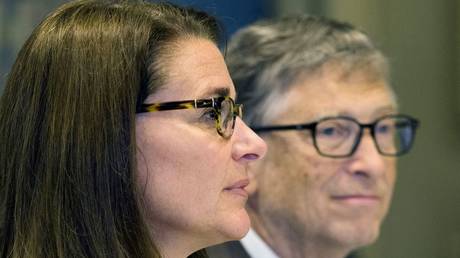 The Bill and Melinda Gates Foundation, whose advice guided much of the global response to the Covid pandemic, has seemingly washed its hands of one virus while warning the world isn’t prepared to deal with the next big pandemic.

The foundation’s annual report, released on Tuesday, bemoaned the poverty increases wrought “by Covid-19” – omitting that much of the damage linked to the virus stemmed from economic shutdowns imposed by governments which were often taking their advice from the Gates Foundation and associated entities.

However, the report ultimately put an optimistic spin on the damage, noting things could have been much worse. Childhood vaccinations had only dropped half as much as predicted, and some wealthy countries’ economies were already on the rebound, it noted. The mRNA vaccine companies were seeing the light and investing in Africa and other impoverished areas of the world, the report added, after presumably realizing how much economic opportunity awaited them there.

Placing its well-known vaccine evangelism front and center, the foundation’s report credited extensive vaccine infrastructure (much of which it has helped fund over the preceding decades) for the world’s success in fighting the virus, even as the companies behind the headline-grabbing mRNA formulas have admitted they do not prevent Covid-19 transmission and might require additional booster shots.

But the report mostly treated Covid-19 as a thing of the past, all but declaring victory over the virus and calling attention to the need to step up long-term infrastructure investments so as to be prepared for the next pandemic. Many countries are still knee deep in Covid-19 cases, while others have kept the virus under control but had their economies wrecked or given up many freedoms in the process.

Ironically, the foundation warned readers against such efforts to move on from the recovery effort, writing of the “very real risk that high-income countries and communities will begin to treat Covid-19 as another epidemic of poverty: Not our problem.” However, high-income countries – specifically the English-speaking Five Eyes nations – have shown no sign of growing weary of the social controls Covid-19 has allowed them to introduce, indicating the virus (or at least fear of it) may hang around for a good while yet.

Also on rt.com
Bill Gates stepped down from Microsoft board after company launched probe into affair with female staffer – media

Microsoft founder turned billionaire philanthropist Bill Gates has been keeping a low profile the last few months following his divorce from wife Melinda French Gates, with whom he continues to run their namesake foundation. The pair split in May after 27 years of marriage, reportedly due to lingering ill will over Gates’ friendship with deceased pedophile Jeffrey Epstein, which had resurfaced in the news around that time. Gates also removed himself from the board of fellow billionaire Warren Buffett’s Berkshire Hathaway investment firm, and even left the board of Microsoft last year after a reported investigation into an extramarital affair with an employee. Once a ubiquitous presence on TV segments about the pandemic, he has largely been invisible since the split with Melinda.

None of this, of course, made it into the Gates Foundation’s annual report, which stressed the need to respond to crises “years before they happen” – preferably through partnerships with foundations like itself. This, the report concluded, was the only way humanity would realize the United Nations’ Global Goals– a set of 15 vague yet positive-sounding advancements theoretically aimed at reducing poverty and improving standards of living around the world – by 2030.