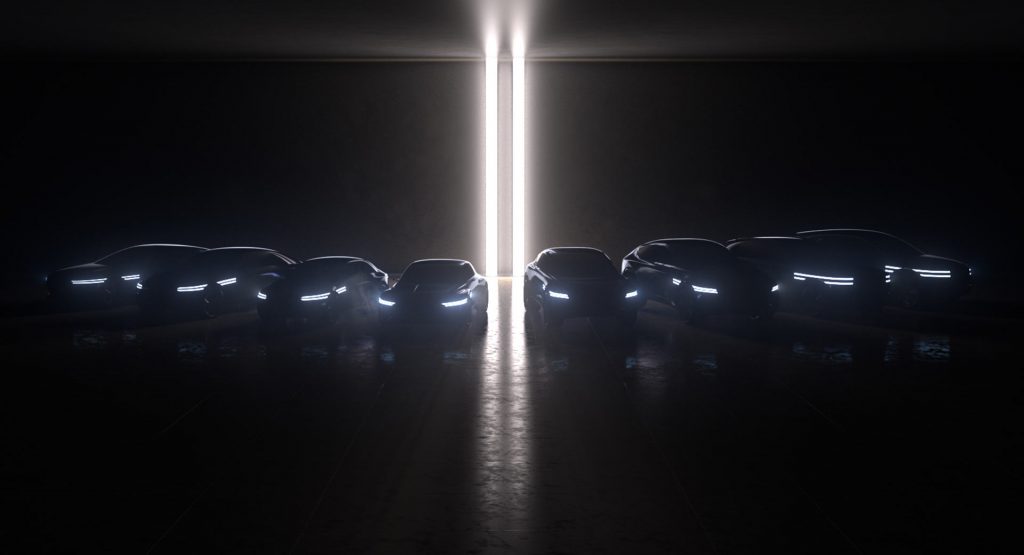 Genesis has announced that it will transition to an all-EV brand from 2025 while simultaneously aiming to become a 100 per cent zero emissions company by 2030 and carbon neutral by 2035.


The car manufacturer says it is developing new fuel cell systems with higher power outputs that it will sell alongside its innovative electric powertrains which will also include improved lithium-ion batteries. To achieve its goals, Genesis will establish a range consisting of no less than eight EVs and wants to sell 400,000 units annually.

A teaser previews these eight all-new EVs, all of which feature the company’s Two Lines design theme. The car pictured to the center-left appears to be a production variant of the stunning Genesis X Concept while next to it looks to be two sedans and on the far left seems to be a fastback sedan or perhaps a wagon.

Meanwhile, the four new electric Genesis models to the right are SUVs and the newly-unveiled GV60 isn’t one of them. They vary in size and the one second from the right is particularly intriguing as its LED headlights extend across the quarter panels and finish behind the wheel arches.

In a live presentation, Genesis added that one of the vehicles teased has suicide doors and lacks traditional B-pillars. It also features rotating swivel seats and advanced mood lighting. Genesis also presented an improved high-fidelity sound system “that makes drivers and passengers feel like they’re sitting on stage with the orchestra.” 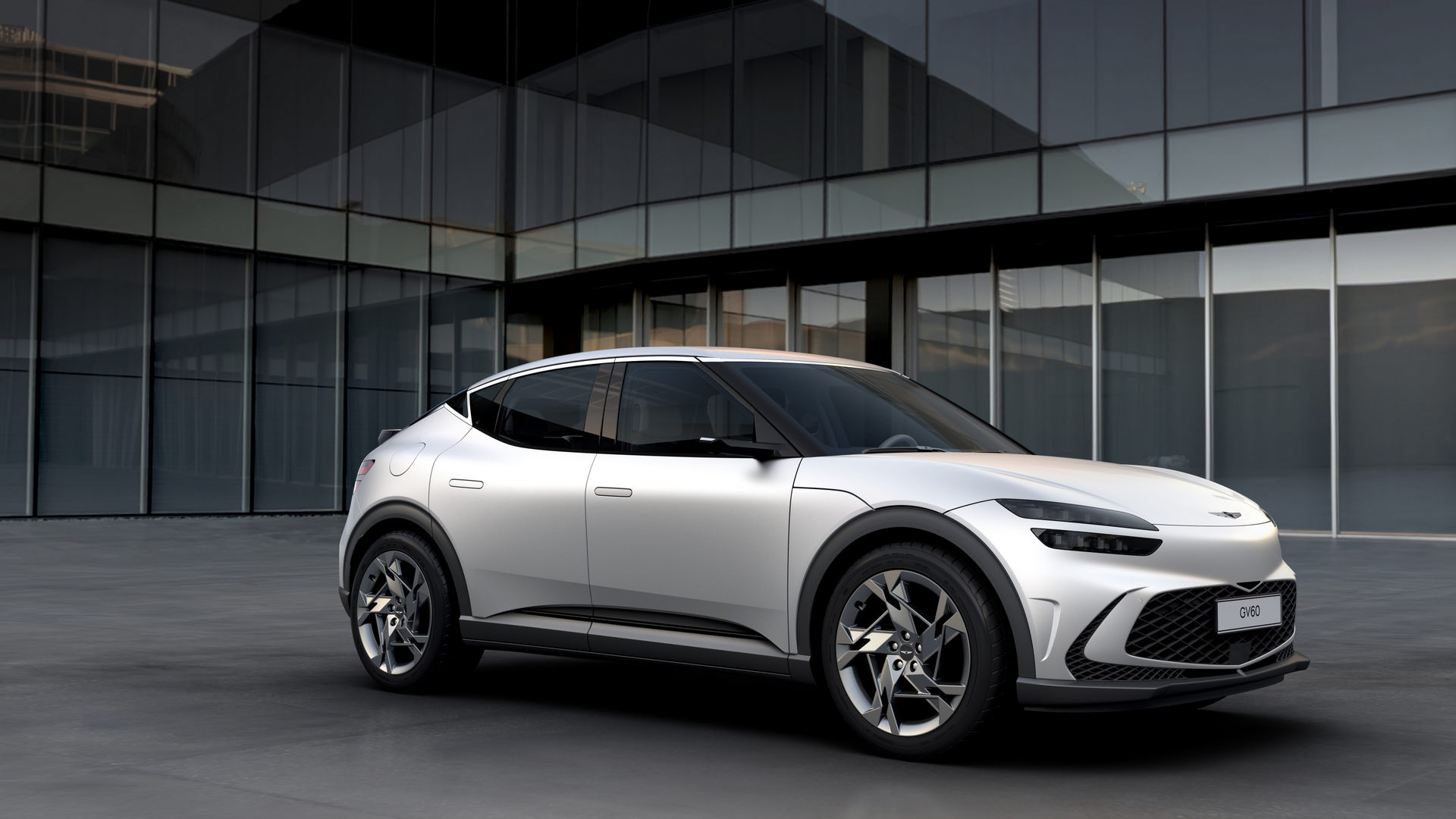 To transition to a carbon-neutral brand by 2035, Genesis will innovate its entire value chain, beginning with raw materials, vehicles, and parts, extending to all of its worksites and production plants.

“I am extremely excited to announce the new vision of Genesis for a sustainable future as we open a new chapter in our history,” global head of Genesis Jay Chang said in a statement. “As we continue to design a new dimension of customer experience and build an authentic relationship with our customers, Genesis will take audacious steps to lead the age of electrification into the sustainable future.” 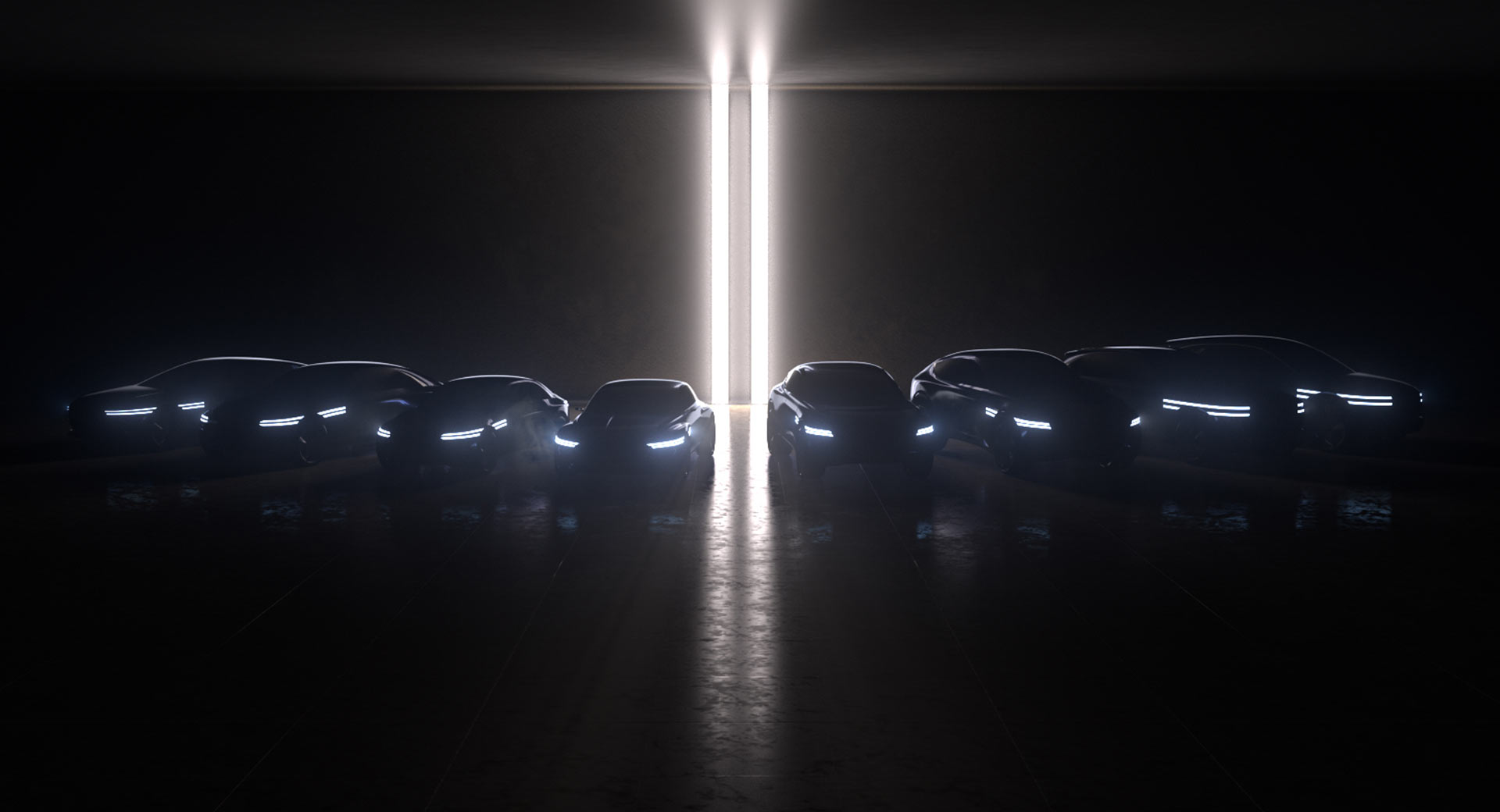 Looking for one bag for all your travels? The Peak Design Duffelpack may be it