A recent study published in the journal Viruses identifies a novel Alphacoronavirus (HCQD-2020) isolated from bats, in Korea, in 2020. They found that the amino acid sequence of a putative ORF7 at the 3’ terminator of HCQD-2020’s genome was not homologous with any of the known protein sequences, making it the most likely distinct ORF of the known alphacoronavirus. 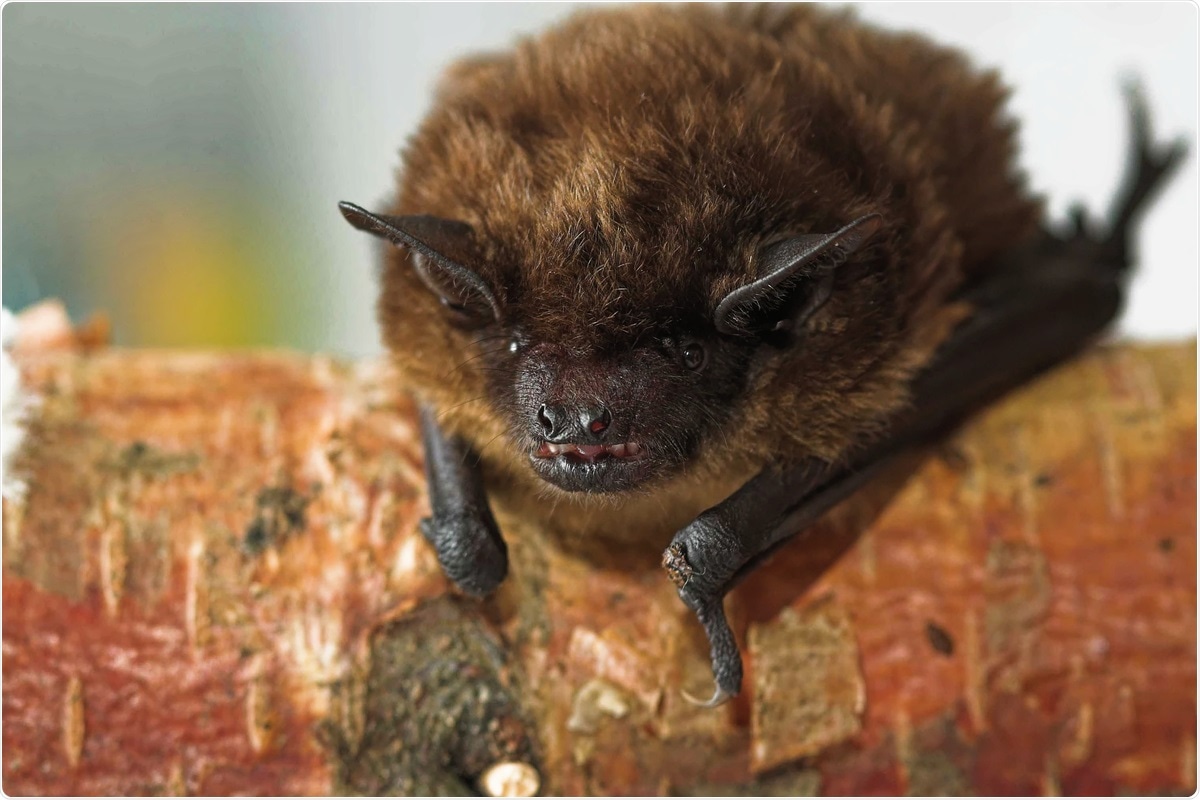 Investigating several bat species belonging to genera Eptesicus, Myotis, and Pipistrellus for the presence of coronavirus, the researchers detected this distant genetically related viral isolate belonging to Alphacoronavirus in the species E. serotinus.

The large genome size, high mutation rates, and recombinations between homologous RNA regions make the coronavirus extremely diverse, living in a range of diverse animal hosts such as rodents and bats. A previous study on the global patterns of coronavirus diversity correlated the bat species’ richness with coronavirus diversity.

On the other hand, the coupled effect of diversity of coronaviruses and high recombination rates is high host-switches and ecological niche adaptations. This threatens frequent human and livestock infections by the virus.

Therefore, surveillance and genetic analysis of coronaviruses are highly essential. To this end, the researchers in this study analyzed different microbat species for coronavirus.

Bats are flying mammals distributed worldwide and have a long lifespan. They are also are important original reservoirs for a vast number of zoonotic viruses, of which more than one-third of the viruses detected belong to the Coronaviridae family. While the host restriction of the bat coronavirus is under debate, studies have shown sequence similarities of different strains in different bats and between humans and SARS-detected bats in case of severe acute respiratory syndrome coronavirus 2 (SARS-COV-2) infection.

The researchers collected six carcasses of different microbat species (Eptesicus serotinus, Myotis petax, M. ikonnibovi, and Pipistrellus abramus) from Kangwon and Gyeongbuk provinces between July and September 2020. For RNA extraction, they used the homogenized organs (lungs, intestine, and liver) from these bat caracasses.

The RT-PCR (using the pan-CoV primers) results exhibited a single band of 44o bp only from the intestinal sample from E. serotinus collected from Gyeongbuk. Because all other samples were negative with coronavirus, the researchers extracted this band for Sanger sequencing. They found from a phylogenetic analysis that this isolate belonged to the Alphacoronavirus genus.

The researchers reported a near-complete genome (28,752 nucleotides excluding the poly-A tail with the average depth of 30X) of the alphacoronavirus strain HCQD-2020 (GenBank accession number: MW924112).

Significantly, in addition to the common ORFs sequence annotation (ORF1ab–S–ORF3–E–M–N), found in other Alphacoronavirus’s members, the researchers found, at the 3’ terminator of HCQD-2020’s genome, a putative ORF7; it is the most distinct ORF of the currently known alphacoronavirus.

The researchers further confirmed by genome-based and functional gene-based phylogeny constructions that this strain formed a separate branch in phylogenetic trees. This indication is consistent with the recent metagenomic studies of bat virome, which showed several potential novel species within Alphacoronavirus.

Host jumping of coronaviruses from bats to other species belonging to even-toed ungulate animals is well characterized. In this study, the researchers demonstrated with an in silico analysis that HCQD-2020 can infect another host. The study indicated hosts in the order Artiodactyla, which includes some species such as camels and pigs.

The researchers proposed it as a novel strain of Alphacoronavirus genus based on its low sequence identity, the presence of a putative ORF7 with no homology to any known genes in the Genbank, and also distant relation to other representative species of Alphacoronavirus. They also showed using in silico analysis that this new strain of coronavirus, HCQD-2020, could infect other hosts in addition to bats.  This study strongly supports the genetic heterogeneity of this genus, Aplacoronavirus.

A map of mouse brain metabolism in aging

Many of the theories are overtly antisemitic, but far-right activists have been working to convert anti-lockdown beliefs to antisemitism too.

Caribbean News - Life Of Miya Marcano To Be Celebrated Today

More Celebrities Who Came Out This Year : LGBTnews