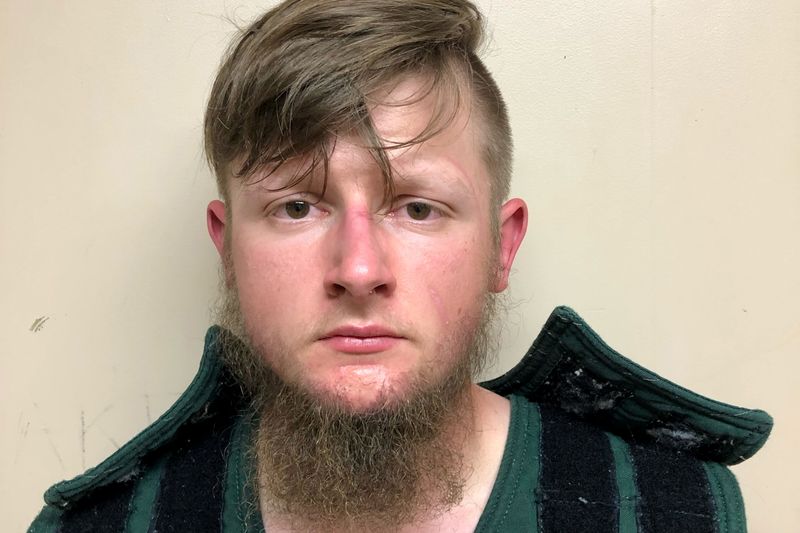 © Reuters. FILE PHOTO: Robert Aaron Long, 21, of Woodstock in Cherokee County poses in a jail booking photograph after he was taken into custody by the Crisp County Sheriff’s Office in Cordele, Georgia, U.S. March 16, 2021.


(Corrects paragraphs 8 and 9 to remove inaccurate representation of Cherokee District Attorney Shannon Wallace’s position. Wallace did not say she found no gender bias in the crime. An earlier version of the article also incorrectly quoted Wallace saying her office had concluded “this was not any type of hate crime.” Wallace was stating the defense’s position, not her own)

ATLANTA (Reuters) -A Georgia man who claimed to be addicted to sex pleaded guilty on Tuesday of murdering four people as part of a shooting spree at Atlanta-area spas that highlighted the fear and intimidation felt by Asian Americans in the wake of coronavirus pandemic.

Dressed in a white, button-down shirt with an open collar, and dress slacks and sporting a mohawk haircut, Robert Aaron Long, 22, pleaded guilty in court to the four murders at a day spa in Cherokee County, about 40 miles (64 km) north of Atlanta.

Long, holding his head up but looking somber, also affirmed agreement with the state’s recommendation of four life sentences without possibility of parole, to be served consecutively, plus 35 years on other charges.

He calmly described how he purchased a firearm and a bottle of bourbon and set out to kill himself before deciding to harm the sex industry to which he had a self-proclaimed addiction.

Having been kicked out of his parent’s home and despondent over his “sexual struggles”, Long told the court that he went to the spa on March 16 to “act out, receive sexual favors and hopefully hate myself enough to…end my own life.”

Long still faces charges in the killings later that same day of four additional women at spas in Atlanta, where the district attorney has said she believed the women were targeted because of their race and gender and would seek the death penalty.

The massacre galvanized awareness of a wave of anti-Asian bias and violence in the United States in the wake of the coronavirus pandemic, which is believed to have originated in China.

But Cherokee District Attorney Shannon Wallace said her office’s investigation did not turn up any bias based on race in the fatal shootings of Delaina Ashley Yaun, 33; Paul Andre Michels, 54; Xiaojie Yan, 49; and Daoyou Feng, 44.

In a packed court room, Long told Judge Ellen McElyea he had been kicked out of his parent’s home two weeks before the shooting for paying for sex at a spa in Fulton County. His parents found out due to a tracking app on his phone.

Long also talked about his addiction to pornography. McElyea asked Long why he felt so much anguish over something that many people view on a regular basis.

“It is taking something that is made for a monogamous relationship and making sport of it,” Long replied.

The wife of Paul Michels told the court she had looked forward to growing old with her late husband, who she described as outgoing and a workaholic.

“I can’t hear his voice anymore. I can’t give him hugs and kisses. A part of me died with him,” Bonnie Michels said from the witness stand. “Why did he kill my husband for no reason?” “He shot without a word, no warning.”