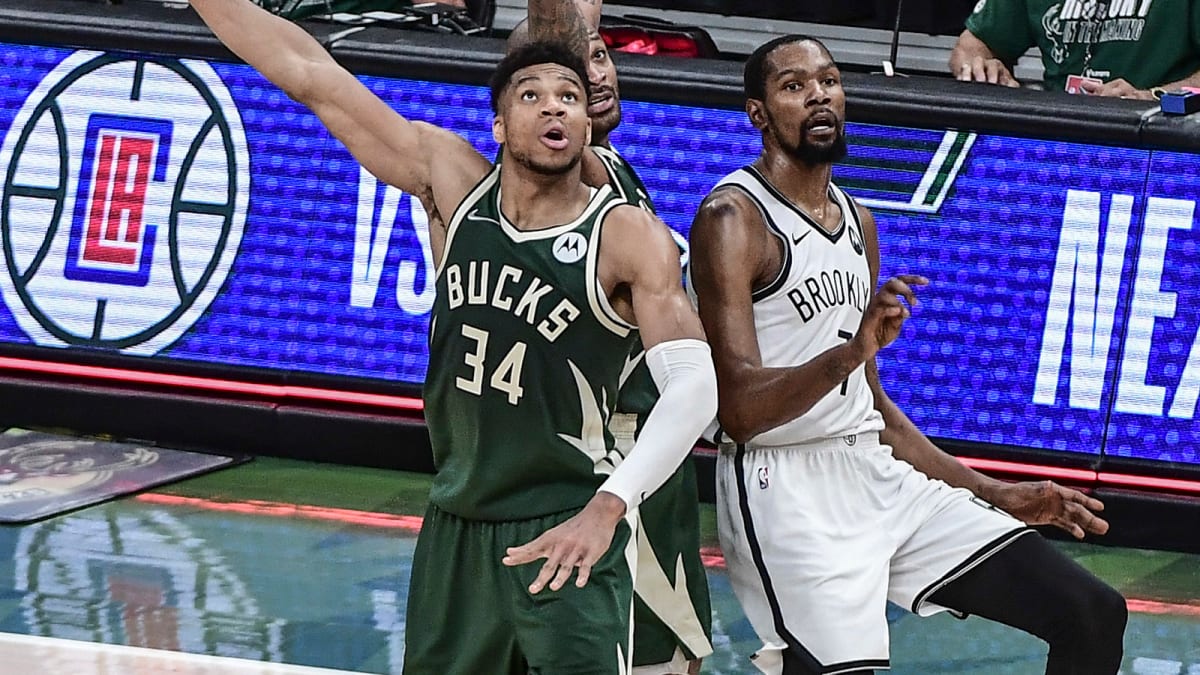 Welcome to the Morning Shootaround, where every weekday you’ll get a fresh, topical column from one of SI.com’s NBA writers: Howard Beck on Mondays, Chris Mannix on Tuesdays, Michael Pina on Wednesdays, Chris Herring on Thursdays and Rohan Nadkarni on Fridays.

The Bucks only narrowly avoided disaster Thursday night, clawing out an 86–83 victory against the Nets in a must-win Game 3, putting their deficit in the second-round series at 2–1 as opposed to a dreaded 3–0. Milwaukee is certainly alive thanks to the win, and Brooklyn remains in a slightly precarious position with the hamstring injury to James Harden. Still, the Bucks made some baffling decisions in Thursday’s pivotal game, and perhaps if not for one very ill-fated Bruce Brown late-game attempt at being the hero, the conversation today could have been incredibly different.

Neither team played great offense in Game 3, with both squads shooting under 40% from the floor. The three-point shooting seemed of another era, as the Bucks and Nets combined to hit 14 shots from beyond the arc. (Brooklyn averaged 14.5 makes a night alone during the regular season.) During the playoffs, nearly every night you can throw your hands up and play the shooting variance game, essentially chalking up wins and losses to whichever team actually made the open shots they generated. What you want to see at the very least is a coherent process to creating good looks. And yet with their season realistically on the line in Game 3—no team has ever overcome a 3–0 deficit in the NBA—the Bucks were making confusing concessions on both ends of the floor.

First and foremost, Giannis Antetokounmpo can’t shoot eight threes in a game. That’s malpractice. Antetokounmpo is obviously one of the most talented players in the league, but every time he shoots a three, he bails out the defense to a comical degree. Giannis hit one of his eight threes Thursday, and every single one of them he was gifted to shoot wide-open by the Brooklyn defense. Antetokounmpo was 13–23 on two-point field goals and seemingly should be dominating the paint against a so-so Nets defense. If a couple of last-minute possessions had gone the other way Thursday night, Giannis’s offensive decision making would be the No. 1 topic of discussion in how Milwaukee blew a 19-point lead in its biggest game of the season.

It’s not a stretch to say Antetokounmpo should steal some of the offensive repertoire of Brown, who was wildly effective as a screener in Game 3 and has been for nearly the entire season. Brown essentially plays like a big, setting picks for Brooklyn’s stars and then diving to the hoop. It’s what Giannis, an actual big, should be doing for Khris Middleton and Jrue Holiday on a regular basis. According to NBA.com’s playtype stats, Antetokounmpo is finishing possessions as the roll-man on pick-and-rolls only 7% of the time in the playoffs, even though he’s scoring a whopping 1.21 points per possession when he does so. Milwaukee could get away with that in the first-round against an overmatched Heat team, but the Bucks can’t afford to waste any chances to score against the Nets.

Down the stretch of Thursday’s game, Giannis looked lost offensively. Any time he pulls up from beyond the arc or pounds the ball at the top of the key while the defense loads up the paint, Antetokounmpo bails out the Nets. Maybe he didn’t want to play inside because of the risk of getting fouled and being sent to the line, where he’s shooting especially poorly this postseason. Maybe the high number of minutes he played caught up to him a tiny bit. It’s genuinely great that Antetokoumnpo wants to go out shooting in a high-stakes moment. But those shots need to be good ones, and both Giannis and Mike Budenholzer need to figure out how to make sure Antetokounmpo is getting advantageous looks in high-leverage moments.

On the other side of the ball, Milwaukee only barely survived thanks in large part to an off night from Durant. Again, you can look up and down the box score and pick out players who didn’t meet their season averages in field-goal percentage on both teams. But the strategy on Durant remains particularly puzzling.

KD missed seven pull-up twos in Thursday’s game, shots that are his bread and butter. Durant shot 50.6% on midrange jumpers during the regular season, and he’s one of the few players in the game who should be taking that shot regularly because of his efficiency. Milwaukee, thanks to its drop coverage, continues to concede those types of shots to Durant, and it’s an incredibly bold gamble.

In Budenholzer’s, uh, defense, it‘s not at all an easy proposition. Brook Lopez has been the rim protector of a great defense. He deterred Brown at the rim late in the fourth to preserve the win Thursday. And the Bucks’ small-ball options aren’t perfect, particularly after the injury to Donte DiVencenzo. Still, Lopez needs to be playing a little higher on screen-and-rolls, something he finally started doing a little bit later in Game 3 (as my colleague Michael Pina also noted in his instant reaction).

Lopez’s typical drop coverage not only allowed Brown to hit floater after floater in the paint in Game 3 (Brown finished with 16 points), but also Brook was basically daring Durant into some of his pull-up twos, and while that’s better than KD getting into the paint, he’s still not a good person to be daring to shoot! Milwaukee is obviously going to have to concede something to the Nets’ offense, because keeping a lid on Durant is easier said than done, and that’s before you also have to try to keep a lid on Kyrie Irving and Joe Harris (both of whom also shot poorly in Game 3). The problem with the Giannis threes and Lopez dropping is it feels as if the Bucks have the personnel to be a little bit more aggressive in how they deal with the Nets. Brooklyn was scoring at an absurd pace in the first two games, with Harden having played only a tiny fraction of the series. At no point has it seemed like the Bucks have dictated the terms of engagement.

Ultimately, Milwaukee is still very much in this series and deserves credit for pulling out a win in Game 3. But following Thursday’s script again would pose serious risks moving forward. There are certainly no easy paths to victory against this Nets team. Even with Thursday’s result, it’s hard not to wonder whether the Bucks chose the right one.

• Trae Young and the Art of Drawing Fouls
• Monte Morris Is the Nuggets’ Unsung Hero
• What Is the Best Possible NBA Finals Matchup?