How Will Delta Evolve? Here’s What the Theory Tells Us 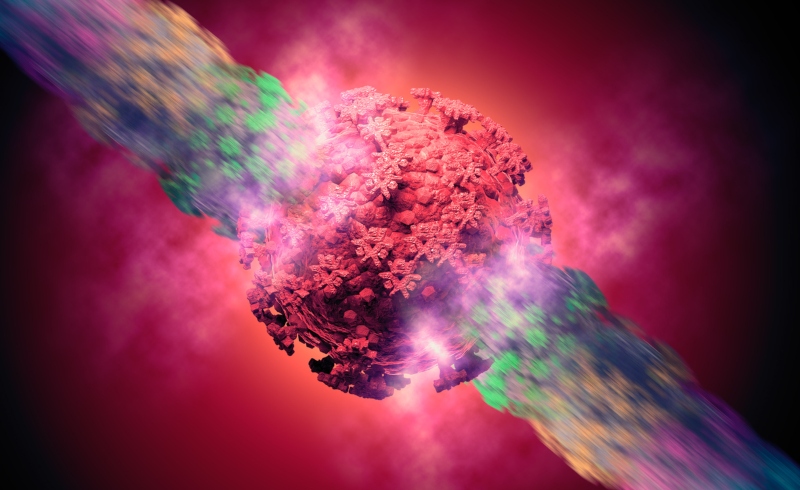 The COVID-19 pandemic is a dramatic demonstration of evolution in action. Evolutionary theory explains much of what has already happened, predicts what will happen in the future and suggests which management strategies are likely to be the most effective.

For instance, evolution explains why the Delta variant spreads faster than the original Wuhan strain. It explains what we might see with future variants. And it suggests how we might step up public health measures to respond.

But Delta is not the end of the story for SARS-CoV-2, the virus that causes COVID-19. Here’s what evolutionary theory tells us happens next.

Read more:
What’s the difference between mutations, variants and strains? A guide to COVID terminology

Remind me again, how do viruses evolve?

Evolution is a result of random mutations (or errors) in the viral genome when it replicates. A few of these random mutations will be good for the virus, conferring some advantage. Copies of these advantageous genes are more likely to survive into the next generation, via the process of natural selection.

New viral strains can also develop via recombination, when viruses acquire genes from other viruses or even from their hosts.

First, the virus should become more transmissible. One infected person will be likely to infect more people; future versions of the virus will have a higher reproductive or R number.

Second, we can also expect evolution will shorten the time it takes between someone becoming infected and infecting others (a shorter “serial interval”).

Both these predicted changes are clearly good news for the virus, but not for its host.

Aha, so that explains Delta

This theory explains why Delta is now sweeping the world and replacing the original Wuhan strain.

There’s also evidence Delta has a much shorter serial interval compared with the original Wuhan strain.

This may be related to a higher viral load (more copies of the virus) in someone infected with Delta compared with earlier strains. This may allow Delta to transmit sooner after infection.

A higher viral load may also make Delta transmit more easily in the open air and after “fleeting contact”.

Read more:
Why is Delta such a worry? It’s more infectious, probably causes more severe disease, and challenges our vaccines

Do vaccines affect how the virus evolves?

We know COVID-19 vaccines designed to protect against the original Wuhan strain work against Delta but are less effective. Evolutionary theory predicts this; viral variants that can evade vaccines have an evolutionary advantage.

So we can expect an arms race between vaccine developers and the virus, with vaccines trying to play catch up with viral evolution. This is why we’re likely to see us having regular booster shots, designed to overcome these new variants, just like we see with flu booster shots.

COVID-19 vaccines reduce your chance of transmitting the virus to others, but they don’t totally block transmission. And evolutionary theory gives us a cautionary tale.

There’s a trade-off between transmissibility and how sick a person gets (virulence) with most disease-causing microorganisms. This is because you need a certain viral load to be able to transmit.

If vaccines are not 100% effective in blocking transmission, we can expect a shift in the trade-off towards higher virulence. In other words, a side-effect of the virus being able to transmit from vaccinated people is, over time, the theory predicts it will become more harmful to unvaccinated people.

How about future variants?

In the short term, it’s highly likely evolution will continue to “fine tune” the virus:

Some scientists think the virus may already be approaching “peak fitness”. Nevertheless, it may still have some tricks up its sleeve.

Read more:
SARS-CoV-2 mutations: why the virus might still have some tricks to pull

The UK government’s Scientific Advisory Group for Emergencies (SAGE) has recently explored scenarios for long-term evolution of the virus.

It says it is almost certain there will be “antigenic drift”, accumulation of small mutations leading to the current vaccines becoming less effective, so boosters with modified vaccines will be essential.

It then says more dramatic changes in the virus (“antigenic shift”), which might occur through recombination with other human coronaviruses, is a “realistic possibility”. This would require more substantial re-engineering of the vaccines.

SAGE also thinks there is a realistic possibility of a “reverse zoonosis”, leading to a virus that may be more pathogenic (harmful) to humans or able to evade existing vaccines. This would be a scenario where SARS-CoV-2 infects animals, before crossing back into humans. We’ve already seen SARS-CoV-2 infect mink, felines and rodents.

Will the virus become more deadly?

Versions of the virus that make their host very sick (are highly virulent) are generally selected against. This is because people would be more likely to die or be isolated, lowering the chance of the virus transmitting to others.

So the answer to this critical question is we really don’t know if the virus will become more deadly over time. But we can’t expect the virus to magically become harmless.

Will humans evolve to catch up?

Sadly, the answer is “no”. Humans do not reproduce fast enough, and accumulate enough favourable mutations quickly enough, for us to stay ahead of the virus.

The virus also does not kill most people it infects. And in countries with well-resourced health-care systems, it doesn’t kill many people of reproductive age. So there’s no “selection pressure” for humans to mutate favourably to stay ahead of the virus.

Read more:
We found traces of humanity’s age-old arms race with coronaviruses written in our DNA

What about future pandemics?

Finally, evolutionary theory has a warning about future pandemics.

A gene mutation that allows a virus in an obscure and relatively rare species (such as a bat) to gain access to the most common and widely distributed species of large animal on the planet — humans — will be strongly selected for.

So we can expect future pandemics when animal viruses spill over into humans, just as they have done in the past.

Read more:
How do viruses mutate and jump species? And why are ‘spillovers’ becoming more common?

This article is republished from The Conversation under a Creative Commons license. Read the original article.

If you believe in the work we are doing here at The Good Men Project and want a deeper connection with our community, please join us as a Premium Member today.

Premium Members get to view The Good Men Project with NO ADS. Need more info? A complete list of benefits is here.

The 25 Best Brown Boots We'll Be Wearing All Season