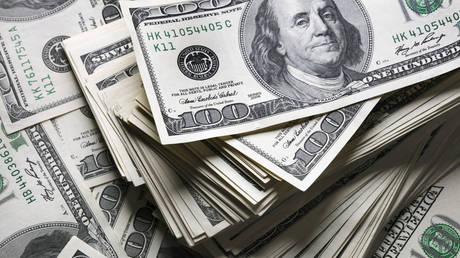 An Israeli billionaire has reportedly implicated himself in a corruption scandal after filing court documents that allegedly show he’d paid $360 million in bribes to officials for mining rights in the Democratic Republic of Congo.

The documents, which were submitted to arbitration proceedings in Israel on behalf of mining tycoon Dan Gertler, reportedly included an affidavit that apparently revealed how some $360,292,535 in cash was lent to a company that used it to pay large sums to a senior public official in Congo.

According to newspaper Haaretz, it is apparently the biggest sum of money an Israeli has ever been suspected of paying as bribes. The paper reported that details of the scandal emerged over the course of a joint investigation by the UK’s Serious Fraud Office (SFO) and Swiss authorities, into an inter-continental money-laundering network that stretched from Europe to Africa.

Also on rt.com
‘Wasteful spending!’: Bipartisan committee approval of $3.3 billion in US security assistance to Israel slammed on Twitter

The affidavit had reportedly been submitted in Gertler’s defense as part of a long-running civil suit filed by his former business partners, who sued him for 1.65 billion shekels ($504 million) over a decade ago.

Sources familiar with the case told Haaretz that the affidavit was intended to prove that Gertler’s joint mining ventures with his partners had been less lucrative than they’d claimed in the suit.

The reason for this was reportedly the need to pay for “the goodwill and cooperation” of the Congolese officials who were responsible for granting mining licenses.

Although the parties in that arbitration case had agreed to maintain confidentiality regarding their dispute, some of the documents had been obtained by Britain’s SFO and the US justice department.

Among these documents, the paper said, is a list of codenames thought to be the Congolese officials who are alleged to have accepted the bribes. The list also apparently details the amounts of money paid to each official.

In 2019, the SFO had asked Swiss authorities to obtain documents from a Swiss bank that could help its investigation into corruption and money-laundering. After an unidentified company that holds some of the suspect bank accounts used in the scheme lost its appeal in the Swiss Federal Criminal Court, details of the bank records and key figures involved came out.

The court judgment reportedly found that companies had consistently bribed officials in order to promote their business interests in Congo – which is one of Africa’s biggest copper producers and also supplies the bulk of the global cobalt trade.

One individual identified as “C” is alleged to be the primary source of funds for the cash bribes. The court said this individual made the payments for a Gibraltar-registered business group operating in Congo.

Also on rt.com
Eco-study warns Israel’s open spaces will SHRINK as its population grows – and the settlement question is the elephant in the room

Noting that the SFO had reasonable grounds to believe the large payments to Congolese officials were “tainted by corruption,” the court said “C” worked with a “local financial entity” to pool cash from a number of Congo-based companies.

After using this money to pay local government officials, the judgment said, “C” would later repay these firms using the client account of a Gibraltar law firm and Swiss bank accounts.

Although the ruling did not identify Gertler as the suspect, Haaretz reported that it had confirmed documents described by the Swiss court as those submitted in the billionaire’s civil suit arbitration proceedings.

However, an attorney for Gertler told the paper that “no affidavit and list are known to be in the arbitration file as claimed in your inquiry and no such things are found there.”

Responding to Bloomberg’s story, the lawyer said Gertler was not party to the Swiss court case or even aware of it and denied involvement in any corruption, payment of bribes or other such wrongdoing.