One of the great things about Jay Leno’s Garage is the sheer diversity of vehicles covered by the man in blue.

In the last few weeks alone he’s tried a Chevy V8-swapped Datsun 240Z, celebrated 25 years of the Porsche Boxster, reviewed a classic 1967 Bizzarrini 5300 GT Strada, and taken a look at the 2022 Cadillac CT5-V.

But every now and again the big man comes across something really crazy, and they don’t come much crazier than the Apocalypse Hellfire 6×6.

The work of Fort Lauderdale, Florida-based Apocalypse Manufacturing, the Hellfire 6×6 is the kind of car you buy when you live in a cold war nuclear bunker and need to make your yearly trip to the store to stock up on canned beans, dried milk and anti-tank mines. It’s a preppers’ dream.

Loosely based around a lifted Jeep Gladiator, the Hellfire uses a bespoke third axle, runs on ginormous 40-inch wheels and is powered by a mildly tuned 6.2-liter Chevy LS3 V8 developing 500 hp. If that’s not enough muscle for you, or you prefer to keep the Mopar bloodline pure, a 707 hp Hellcat V8 is optional.

There’s Kevlar paint and a style of cover for the 8-ft rear bed that Tesla’s lawyers will be interested to hear Apocalypse’s boss Joseph Ghattas openly admits to stealing from the company’s Cybertruck. And most crazy of all, Ghattas reckons he can deliver one in less than three weeks from the point of order. 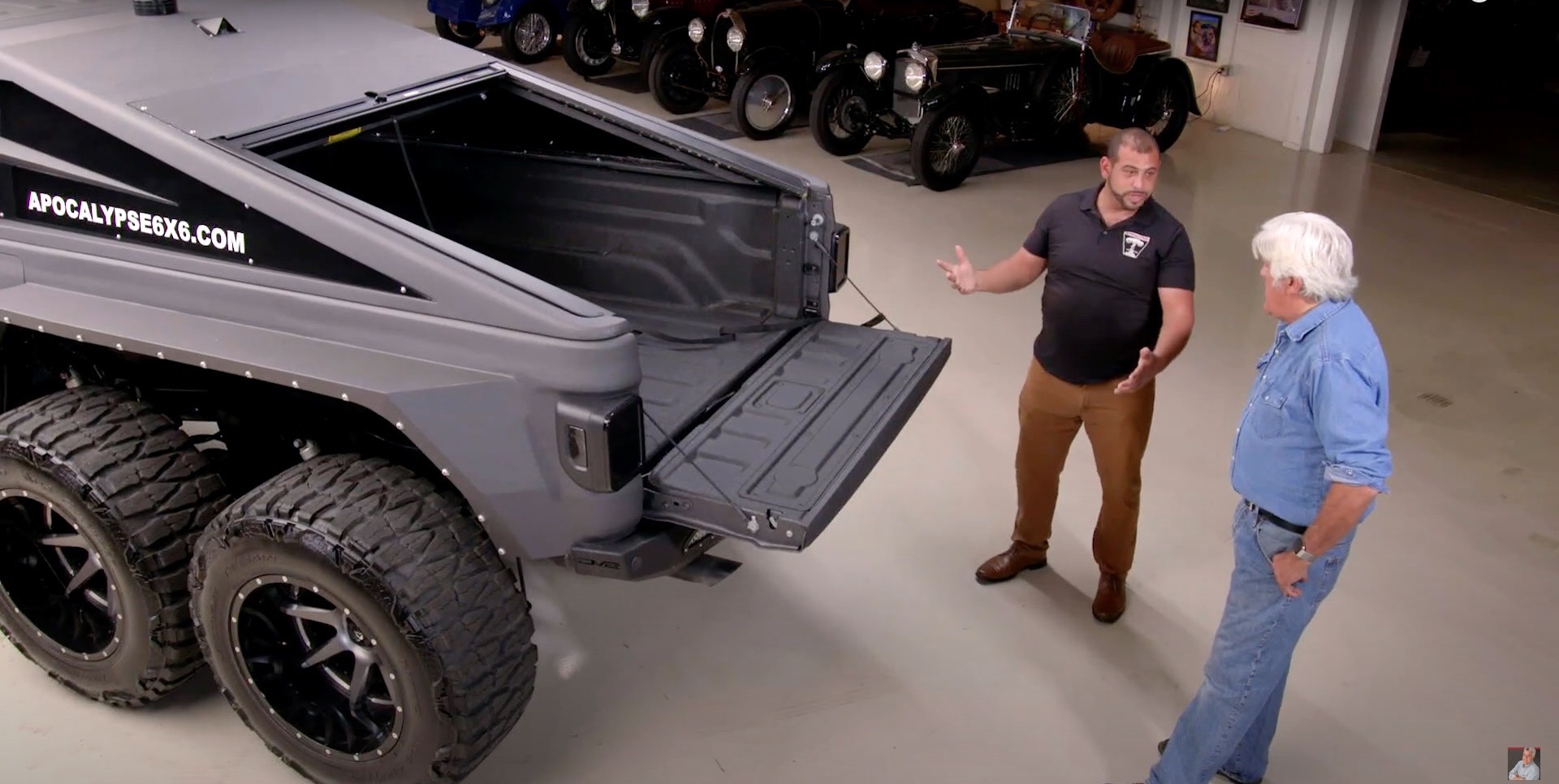 Much like the majority of supercars almost never get near their top speed, Ghatttas admits that few of the 79 people around the world who’ve already bought an Apocalypse regularly go off road.

“At some point in the ownership experience you go off-roading in it,” Ghattas tells Leno. “But is it their daily thing? No. Mostly [it is used] to protect them from zombies.”

Leno seems surprised to find the Apocalypse handles and stops well, but candidly admits that it’s not his kind of car. We can’t imagine dropping $190,000 on one either, but like Leno, we’re happy to know the option is there for those who feel the need. And if that zombie uprising ever does happen, we know who to call.