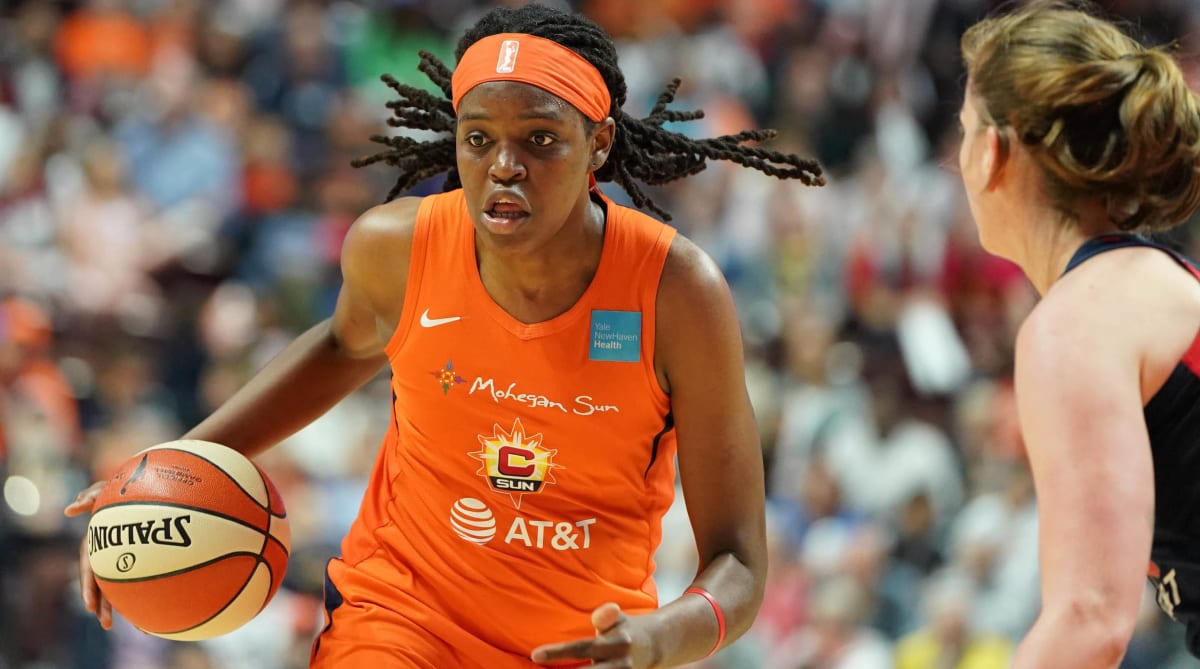 Sun forward and center Jonquel Jones continued her stellar performance Tuesday as she eclipsed 2,000 career points in Connecticut’s 72–60 win against the Lynx.

Jones entered the game against Minnesota needing 14 points to secure the milestone. The five-year veteran finished with 17 points and 13 rebounds to earn her 12th double-double of the season. She hit the milestone in 153 games.

In joining the 2,000 career-points list, Jones passed Aces star A’ja Wilson, who is 11 points shy of the milestone. Jones is now one of 128 players to score 2,000 or more points in their WNBA career.

Jones ranks second in the league in points per game (20.9) behind the Mystics’ Tina Charles and leads the league in rebounds, averaging 11.1 per game entering Tuesday night. The 27-year-old missed games this season while competing for Bosnia and Herzegovina in the 2021 EuroBasket Tournament and opted out of the 2020 season. She is a prime candidate for MVP honors this season.

Jones helped the Sun move to 9–1 at home this season while snapping the Lynx’s eight-game win streak dating back to before the Olympic break.