Could this be Jose Zepeda’s last chance?

The 33-year-old Los Angeles-area fighter has earned the respect of the boxing world by fighting at an elite level for almost a decade, mostly at junior welterweight. Only one thing has been missing: a major world title.

He has fought for a world title twice and failed both times. He lost to then-135-pound-champ Terry Flanagan when he dislocated his shoulder and couldn’t continue in 2015 and then ended up on the wrong end of a majority decision against then-140-pound-titleholder Jose Ramirez in 2019.

Zepeda (35-2, 27 KOs) will get another chance when he fights Regis Prograis (27-1, 23 KOs) on pay-per-view Saturday at Dignity Health Sports Park in Carson, California.

“This is a third time fighting for a world title for me, and that’s why I keep saying this is the time for me to get my world title belt,” he said. “I have all the experience I need. Regis Prograis is going to be fighting the best version of Jose Zepeda.

Some believe Zepeda deserved the decision against Ramirez, who won by scores of 116-112, 115-113 and 114-114, underscoring his reputation as an excellent boxer-puncher.

And he has performed well since the setback, going 5-0 against high level competition (not counting a no-contest). He also left no doubt about his mettle in the wild 2020 Fight of the Year against Ivan Baranchyk, in which he overcame four knockdowns to put Baranchyk down four times and stop him in Round 5.

Zepeda can do it all. And, with the clock ticking, he’s as motivated as ever.

“Prograis is going to be very surprised by my power and speed,” he said. “We’re both going to fight the way we’ve been fighting. He hits hard, I hit hard, and both of us are desperate to win which will make for a great fight. …

“I truly believe this is the best version of me for this fight.”

And Zepeda believes he has an extra advantage: Fighting at home. He lives in La Puente, about 30 miles from Carson.

“It’s nice to fight for the world title at home,” he said. “I’m always fighting on the road. It’s extra motivation for me to fight in my backyard. It’s going to be a great night for boxing. I’ve heard it all before that I’m not going to win certain fights, but my track record speaks for itself.” 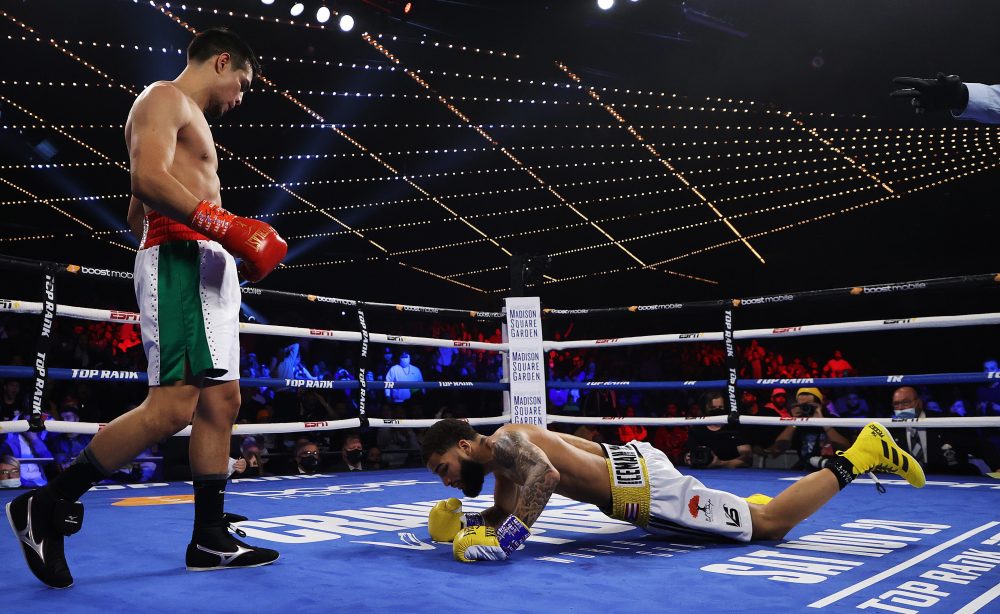