Kings of Leon Debuting Whiskey Collection at Bourbon and Beyond Festival


Kings of Leon are getting into the whiskey business. The long-running rock combo will debut a limited collection, dubbed Kiamichi, in collaboration with the Bardstown, Ky.-based Willett Distillery at the Bourbon and Beyond festival in Louisville, which kicks off today (Sept. 15).

Kiamichi comprises three different products, a five- and eight-year rye and a 19-year bourbon, which will go on sale later this year. They share a name with the southeastern Oklahoma river where Kings of Leon’s members attended annual family reunions.

The 19-year bourbon has added significance both to the Followill family and the Kulsveen family, which owns Willett, in that Kings of Leon’s debut album, Youth and Young Manhood, turned 19 this year, while Willett master distiller Drew Kulsveen also joined the family business in 2003.

Beyond unveiling Kiamichi at Bourbon and Beyond, Kings of Leon will headline the festival tomorrow. After a short break, the group will head to Australia and New Zealand for dates in October and November, and will also headline San Diego’s Wonderfront Festival on Nov. 19.

Kings Of Leon’s most recent album, 2021’s When You See Yourself, debuted at No. 2 on Billboard‘s Top Rock and Alternative Albums charts and at No. 1 on the official U.K. album roundup. “Your goal as an artist is to develop a style and sound, but you don’t want to repeat yourself,” frontman Caleb Followill told SPIN in a cover story about the project. “At the same time, we worked hard at this, and now we’re a band that has a sound and feel.” 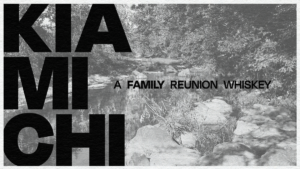