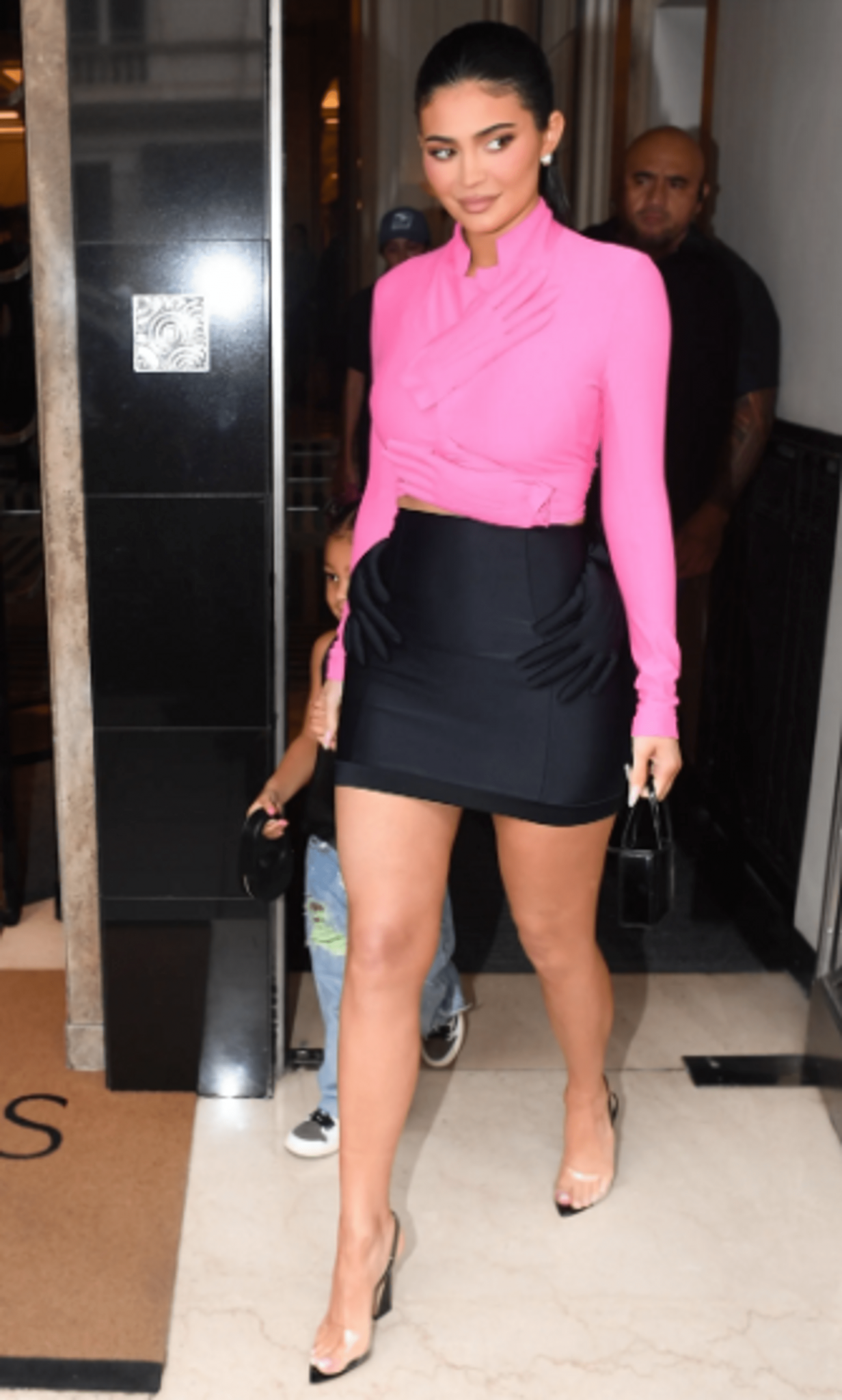 Kylie Jenner hardly appeared in public after the birth of her second kid. Instead, she worked out for months to get back in shape.

The reality TV personality admitted in her blog that it was pretty challenging for her to shed pounds following her second pregnancy. However, she served as an example for countless girls.

But it seems that Kylie will now be far more likely to make us happy with their exits. She drew the attention of onlookers on August 4 twice.

And on both occasions, Jenner was dressed in tight clothes that highlighted her perfect physique and lean legs. The black miniskirt and ornamental “hands” on the pink top caught the attention of the cameras.

And in the late afternoon, Kylie dressed in a dangerously short, tight-fitting black dress that was too risky to even bend over. She accessorized her alluring look with matching heels and an emphasis on the eyes in her makeup.

Next to her boyfriend Travis Scott and daughter Stormi, the celebrity was beaming and appeared joyful. Jenner appeared at the production facility for her beauty brand and brazenly posed there without a cap or gloves, prompting Internet critics to accuse her of breaking hygienic rules.

Not all of the Kardashian-Jenners have worn unconventional clothing, including Jenner. Kim Kardashian stirred concerns in 2017 when she appeared in a curve-hugging skirt by Eckhaus Latta, prompting speculation about whether she would completely embrace underground labels.

(She’s experimented, but she’s mainly chosen huge Houses and well-known archival pieces.) However, due to the mini skirt version, Jenner has achieved the unthinkable and Kylie-fied Comme des Garçons.

It’s not clear if it’s a commercial rendition of the collection’s drop-crotch pants or if they were altered for the runway. In any case, Jenner is handling Comme in her own manner.