IMSA is further flipping the script with a raft of new regulations, including instituting a standardized hybrid-assist system. Aimed at increasing fuel economy and sustainability, the organization’s directives have sent competitors back to the drawing board, including defending-champion Acura. Honda’s luxury brand is responding to the green-tinged rulebook with this all-new ARX-06 Le Mans Daytona hybrid, set to debut Friday at The Quail, A Motorsports Gathering during Monterey Car Week.

This rear-drive LMDh racer is powered by a purpose-built twin-turbo 2.4-liter V-6 from Honda Performance Development backed by the aforementioned series-mandated hybrid hardware. A standardized Bosch Motor Generator Unit lives inside of an Xtrac 6-speed sequential gearbox backed by a Williams Advanced Engineering battery. Output is quoted at 500 kw, or 680 hp, to meet series targets.

IMSA and the FIA World Endurance Championship will mandate one of four prototype chassis next season. Unsurprisingly, having won multiple DPi championships in recent years with Oreca, Acura has based the ARX-06 on the constructor’s new LMDh chassis.

Acura officials say the GTP class’ parameters have been designed to attract new competitors, in part by enabling teams to style entrants that look more like automakers’ road-going models. We’re not sure what Acura street car looks like this, but we dig the ARX-06’s getup nevertheless. Its appearance comes courtesy of the Acura Design Studio in Los Angeles, having gone through a similar design process as the automaker’s production models. With the outgoing ARX-05 DPi, the Acura LA team’s influence had been limited to designing the nose, so the chance to pen an entire car must’ve been an exciting challenge. 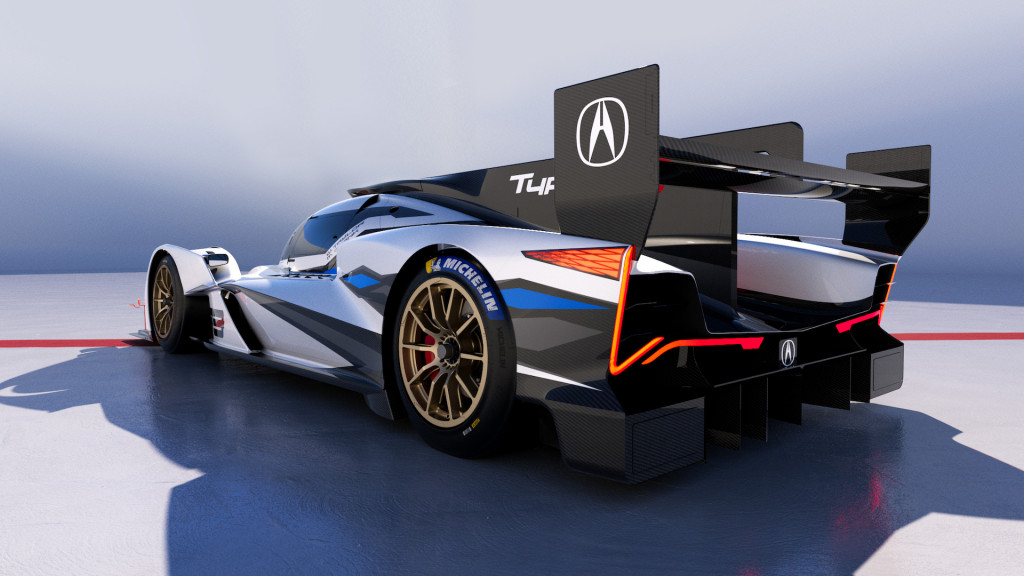 The ARX-06 keeps the hammerhead visage of its predecessor, updated to include a number of visual cues inspired by the new NSX Type S, as well as larger chicane-style headlamps. The latter came in response to feedback from the drivers, who complained that the ARX-05’s lights were a blind spot for nighttime racing.

Acura’s ARX-06 makes its competition debut this January in the Rolex 24 at Daytona, with Wayne Taylor Racing and Meyer Shank Racing campaigning the new car. The kickoff venue is appropriate, because Acura is the race’s defending champ, having scored a 1-2 finish at the legendary enduro in 2022.

Paleovalley Anniversary Sale – 30% OFF for Life 🥳

Paleovalley Anniversary Sale - 30% OFF for Life 🥳