Donald was first incarcerated when he was just seven years old.

A poor kid with an under-resourced single mother, Donald was first kicked out of kindergarten for throwing tantrums. Two years later, after accidentally starting a fire while playing in a neighbor’s basement, Donald was held responsible for arson.

He spent the next eight years in juvenile detention centers, where outbursts were met with physical violence, including a beating that left him in a coma for days.

When he was released at 15, Donald was illiterate, addicted to alcohol, and struggling with depression. At 19, he was convicted of murder and sentenced to life. He would spend the next 35 years in prison.

Donald was failed by the schools, the mental health care system, and a cruel juvenile justice system all before he seriously harmed another person. Instead of addressing any of this, we threw him away for good, and called it justice.

It has never been more important to understand why our longstanding attempts to incarcerate our way to safety have consistently failed to prevent violence or help communities heal from it.

For decades, the notion that those who violently harm others are fundamentally different from those who commit other kinds of crime has fueled the rise of draconian prison sentences in the United States.

Violence is rarely the simple matter of a bad person setting out to harm people.

While mass shootings often garner renewed support for this logic, the reality is that violence is rarely the simple matter of a bad person setting out to harm people. Life sentencing has proven wholly inadequate as a tool for mitigating violence, and ignores the fact that most people age out of crime.

But today, over 200,000 people in America are sentenced to spend the rest of their lives behind bars.

Most are Black or brown. 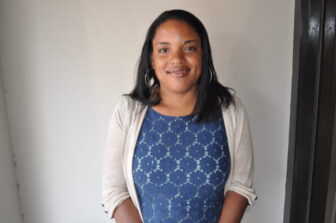 The root of violence is often trauma. Keith Wattley, one of the two authors of this piece, is a lawyer who has spent over a decade working with people serving life sentences for crimes like murder.

His organization, UnCommon Law, helps clients develop an understanding of how factors from their pasts contributed to unhealthy emotional or behavioral responses.

By some accounts, nearly 80 percent of people in prison experienced multiple, serious childhood traumas prior to their incarceration (compared to just 16 percent of the general public).

Even mass shootings are usually linked to trauma at a young age.

If early life experiences are a key factor in committing violence later, a system that better prevents trauma, or at the very least addresses it with something other than the continued violence of incarceration, would serve the public safety interests of us all.

Life sentences – no matter how justified they seem  – cause disproportionate harm to Black, brown and poor communities.

Some may argue that certain crimes, regardless of life circumstances, merit a sentence of life in prison. But while it is emotionally convenient to disappear those considered beyond redemption, the possibility of life sentences – no matter how justified they seem  – often cause disproportionate harm to Black, Brown and poor communities in the long run.

Life sentencing is not an effective tool in combating violence more broadly, because the threat of a severe sentence has no impact on someone’s likelihood to commit crime.

Conversely, investments in community resources do reduce crime; in Chicago, for example, young people randomly selected for a program that combined after-school sports and therapy were half as likely to commit a violent crime compared to peers who did not participate.

If this country is to meaningfully address violent crime, we must transform both our responses to violence, as well as the conditions that precipitate it. States must invest in communities before harm occurs, and provide access to quality employment, mental health care, parental assistance, and good education; in short, the social and economic supports recommended to mitigate the effects of trauma.

And once harm does occur, the response must incorporate meaningful opportunities for healing – both for the survivor and the perpetrator.

The hundreds of clients who have been freed from life sentences with UnCommon Law’s support are overwhelmingly employed, housed, pursuing education, and reconnecting with the communities they once harmed. 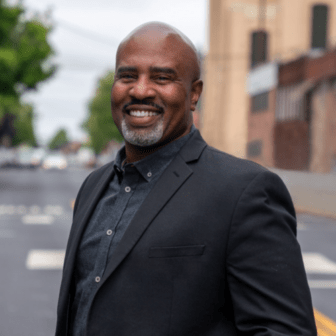 In short, they are different people than they were decades ago at the times of their crimes.

Among them is Donald, who after working with UnCommon Law staff for five years was finally granted parole.

Keith Wattley is the Founder and Executive Director of Oakland-based legal services organization UnCommon Law, and has been advocating for the rights of people in prison and on parole for more than 20 years. He is one of the Obama Foundation’s inaugural Fellows, and a recipient of the James Irvine Foundation’s Leadership Award. Follow him at Keith: @Keith_Wattley or UncommonLaw at @UnCommonLaw

Basketball Shorts Are Trending—Here’s How to Make Them Cool