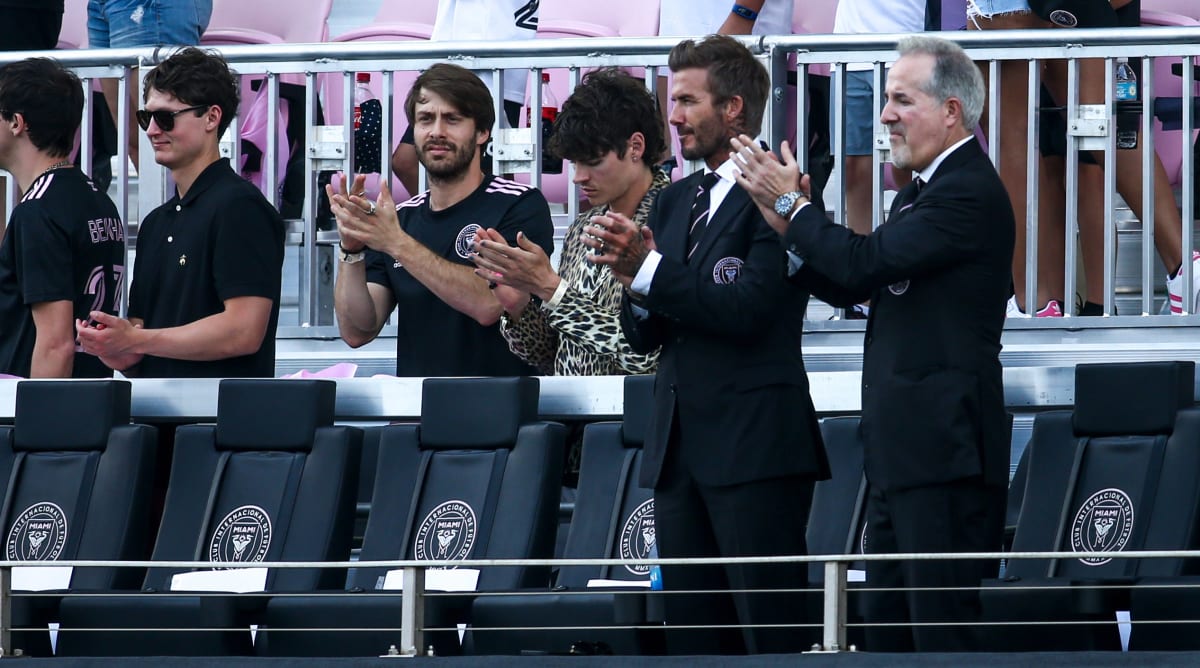 Inter Miami co-owner Jorge Mas said the club has engaged in serious talks with Barcelona star Lionel Messi over a potential move to the club in 2023, according to the Miami Herald.

Reports in Spain this summer have stated that Messi has been offered a 10-year contract with his longtime club that would see him play two more seasons with Barcelona, potentially involve a provision to play two seasons in Miami and then see him return to Barcelona to work in an undefined position either in the front office or as a club ambassador.

“[Club president] David [Beckham] and I have been working really hard, we have aspirations of bringing the best players here and Leo Messi is a generational player, arguably the best player of all time,” Mas told the Miami Herald.

“I am optimistic Messi will play in an Inter Miami shirt because I think it will complete the legacy of the greatest player in our generation and will meet with the ambitions of the owners of Inter Miami to build a world class team.”

Messi, who turns 34 at the end of this month, is out of contract at the end of June and has been linked with Paris Saint-Germain and Manchester City after his request to leave the club last year.

The Miami Herald confirmed that Messi recently purchased a $7 million condominium in nearby Sunny Isles Beach and is reportedly expected to earn $73 million per season between Barcelona and Inter Miami if a deal ever comes to fruition.

Last week, Barcelona president Joan Laporta said he was “moderately optimistic” that Messi would re-sign in a way that works within the finances of the club. Barcelona is currently conducting an internal audit as it tries to work past 1.2 billion euros ($1.4 billion) of debt.

Precisely how the machinations of such a reported and proposed deal would work remain to be seen. Inter Miami, which was recently fined an MLS-record $2 million and was docked a significant amount of allocation money for committing roster violations, has no affiliation or shared ownership with Barcelona, like Man City does with New York City FC, and it’s easy to be skeptical of how Barcelona could work an MLS provision into Messi’s contract with a club that’s in a different league and national association. If Messi and Miami have had conversations about a future partnership, with the intent to sign something down the line, then that’d be a different story.

How Artists Can Gain and Leverage Publicity

There at the End for You – Lost Art Press

An Overnight Attack On Mine Clearance Workers In Afghanistan Leaves 10 Dead : NPR

With a partner, Lamborghini launches its own line of fragrance