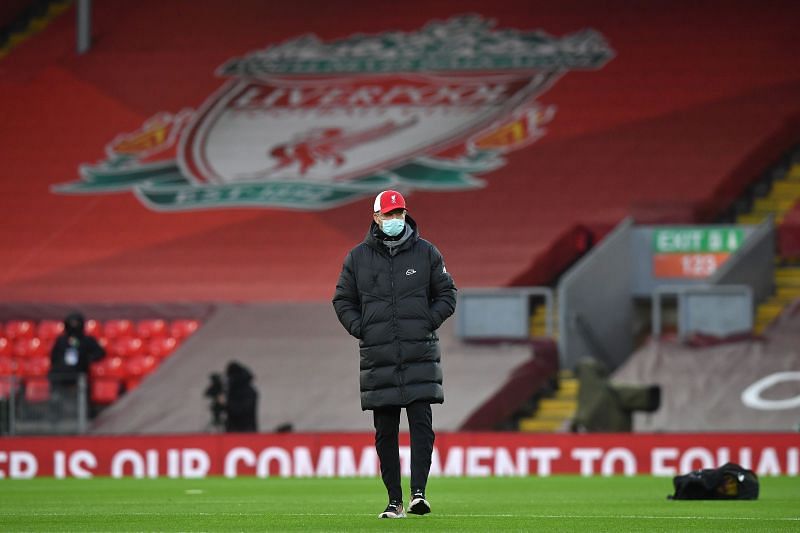 Liverpool will look to close the gap on the teams above them when they face Burnley on Thursday. Let’s now take a look at the latest news featuring Liverpool from 21st January 2021.

Dayot Upamecano has been linked with a host of top European sides, including Liverpool. And a recent report by the Bild (via Mirror) has claimed that Bayern Munich have joined the race to sign the Frenchman.

While Liverpool are expected to add another centre-back in the summer to avoid a crisis like the one they are in right now, Bayern too will look to add some fresh blood.

Both David Alaba and Jerome Boateng will be out of contract this summer and the duo need to be replaced by Bayern next July.

Upamecano is being seen as a viable alternative at £37 million, and it will come as a blow for Liverpool who are keen on signing him.

Joe Gomez back at the Liverpool training centre

Liverpool have missed Joe Gomez’s presence at the back this season, but the England international has taken a big step forward in his rehabilitation.

Gomez was pictured continuing his rehabilitation and work behind the scenes in Liverpool’s AXA training centre after undergoing a surgery to repair a tendon on his left knee.

The injury occurred during training while being on international duty with England, and it was a massive blow for Liverpool as Virgil van Dijk had suffered a season-ending injury just weeks prior.

It remains to be seen if Gomez will be back in time to play a part this season for Liverpool. If it does, he might help them in a late push for the title once again.

Eder Militao has been linked with a move to Liverpool in recent weeks but journalist Kevin Palmer feels the Real Madrid defender may not want to move to Anfield.

Militao has struggled for game time this season and Real Madrid are open to loaning him out until the end of the season.

Even though Liverpool have played with just one recognised centre-back for a majority of the season so far, Palmer believes Militao might not want a move to Liverpool because he may not start immediately.

“Can I see it happening? Probably not. If he was to leave Real Madrid to go to Liverpool, he would want to start. He would not want to go there to be a back-up,” Palmer told Football Insider.

“I cannot see it but it all depends on what he has been told by the club because wherever he goes, he would want to be playing.”

These five great winter car accessories are all on sale today

Prince Harry And Meghan, The Duke And Duchess of Sussex, Spill To Oprah : NPR