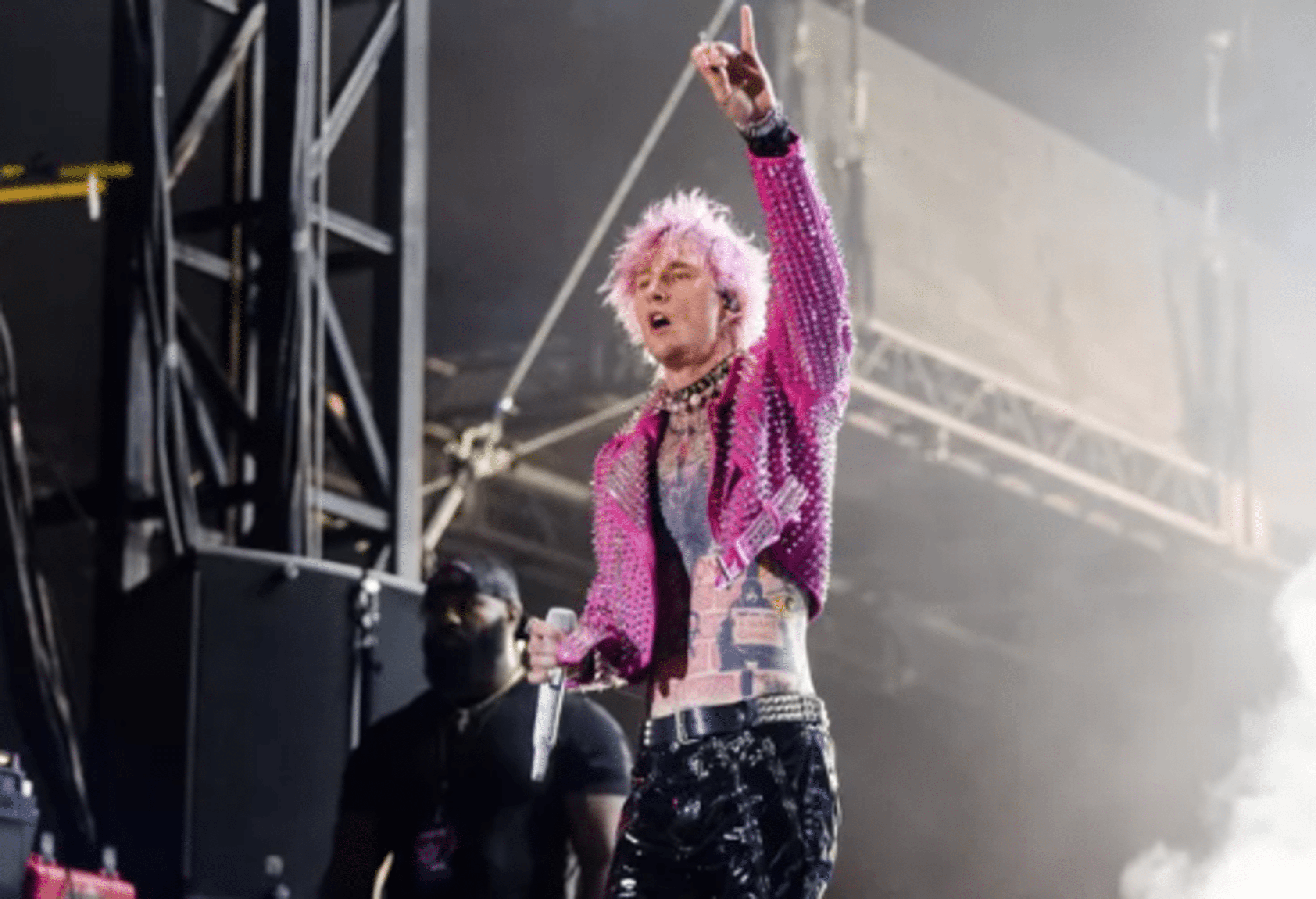 Machine Gun Kelly shared with his audience that security at the concert venue, FirstEnergy Stadium, was pushing to stop his performance because of a stringent curfew while performing in Cleveland as part of his Mainstream Sellout Tour over the weekend. He also drank a glass of red wine.
According fan-shot video from the event posted online, MGK, 32, threatened supporters at his local stadium that if the concert didn’t end immediately, they would be fined $70,000 for every further 10 minutes. “Know my response to that? This concert is not being stopped for sh*t.”
The shirtless rapper-turned-rocker smashed the wine glass on his face after drinking it all and yelled, “I’m rich, bitch!” after drinking the bottle.
The musician, the real name Colson Baker, has recently had broken glass land on his face twice. After performing as the headliner of the Mainstream Sellout Tour at Madison Square Garden in New York City in June, he struck his forehead with a champagne flute.
After his show, during an afterparty, MGK banged a glass on his skull and spontaneously sang “My Ex’s Best Friend” while blood flowed down his face.
The musician gave a speech in a video that was uploaded to his Instagram Story. He then said, “I don’t give an s—-,” drawing screams from the audience and proceeded to shatter the glass over his face. MGK, who was wearing an all-pink attire, was seen exiting the celebration with girlfriend Megan Fox while covered in blood stains on his face and clothing.
The day after, Kelly discussed the event on Late Night with Seth Meyers. The singer questioned the presenter, 48, “You realize when you make a noise a champagne flute with a fork to grab the public’s attention?” Yeah, I just started smashing it on my skull because I didn’t have a fork. “That’s what they call ‘asking for it in medicine,” While the crowd laughed, Meyers made a joke.

35 New H&M Sweaters That You Need to See Immediately