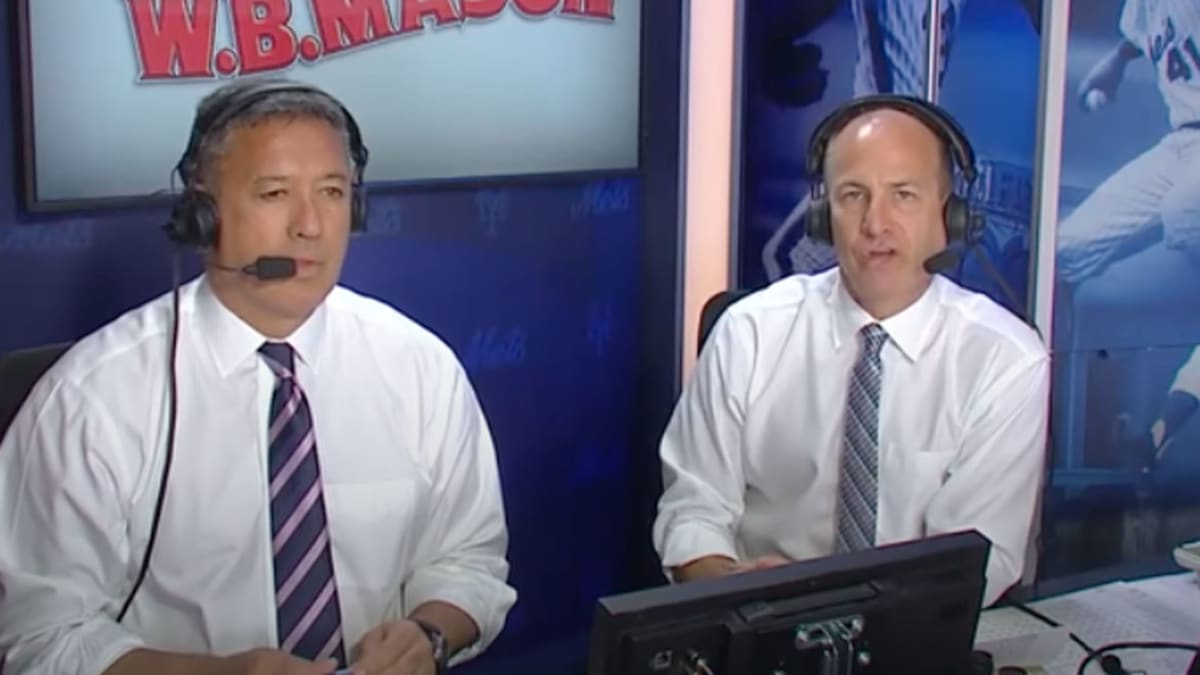 1. But how do you really feel, Gary Cohen?

It’s not often that a play-by-play man will drop the hammer on a league directly and ruthlessly, but Mets broadcaster Gary Cohen had enough of instant replay in Major League Baseball and let it rip last night.

After the first base umpire in the Mets-Orioles blew a call at first base, the replay crew then blew the call again after taking a long look at the video.

Cohen’s anger was twofold. His disgust started with how long it was taking the umpires to review the play, in which Baltimore’s Ryan Mountcastle was called safe on the back end of double play even though he was out.

“These are the ones that just make you tear whatever hair you have left out. There’s just no reason for this to be taking so long. They’re worried about pace of play? Nothing slows down the pace of play more than this.”

Well, that was just the appetizer. Once the umps confirmed the safe call, Cohen gave us the main course.

“They take so much time and they get it wrong. I just don’t understand. How can that be? What is the point in having review if they don’t even get the calls right? It’s pathetic. It’s just pathetic. Just take the whole system and throw it in the garbage. … It’s a joke. It’s a total and utter joke.”

Here’s what made Cohen’s message so effective. He didn’t yell, he didn’t go crazy, no histrionics. He kept his voice at the same level at all times and just used his words and tone to make his point.

Of course, it’s a tiny bit easier for a baseball broadcaster to get away with crushing the league like this. MLB doesn’t quite have the kind of power over its televised universe that, say, football does. Imagine an NFL announcer saying those exact words on a telecast? Roger Goodell would drop the guillotine on that person in a heartbeat.

But, still, props to Cohen for not pulling any punches.

3. The Reds swept a four-game series against the Cardinals at Busch Stadium from Thursday to Sunday. Yesterday, Cincinnati’s Joey Votto summed up the experience.

First up is ESPN’s Doris Burke. The NBA analyst discusses the disturbing trend of disgusting fan behavior at games, whether the fans are too close to the players and how this was a concern for David Stern. Burke also talks about her experience with COVID-19 and having symptoms for nine months. Other topics discussed include whether the Nets are about to prove the NBA regular season is meaningless, whether calling the Finals on television is a goal for her, still feeling resistance from men who don’t want women broadcasting sports and much more.

Following Burke, Giants third baseman Evan Longoria joins the podcast to share his thoughts on Major League Baseball’s unwritten rules. Do any unwritten rules make sense? Is throwing at a player rational retaliation? How do players feel about unwritten rules? Longoria also talks about getting into the trading card craze during the pandemic and what he enjoys about the hobby.

You can listen to the podcast below or download it on Apple, Spotify or Stitcher.

You can also watch the SI Media Podcast on YouTube.

7. RANDOM VIDEO OF THE DAY: If you’ve ever called a CVS in your life, you will thoroughly enjoy this.

Be sure to catch up on past editions of Traina Thoughts and check out the Sports Illustrated Media Podcast hosted by Jimmy Traina on Apple, Spotify or Stitcher. You can also follow Jimmy on Twitter and Instagram.