MGK Explains Why He Broke A Champagne Flute On His Face 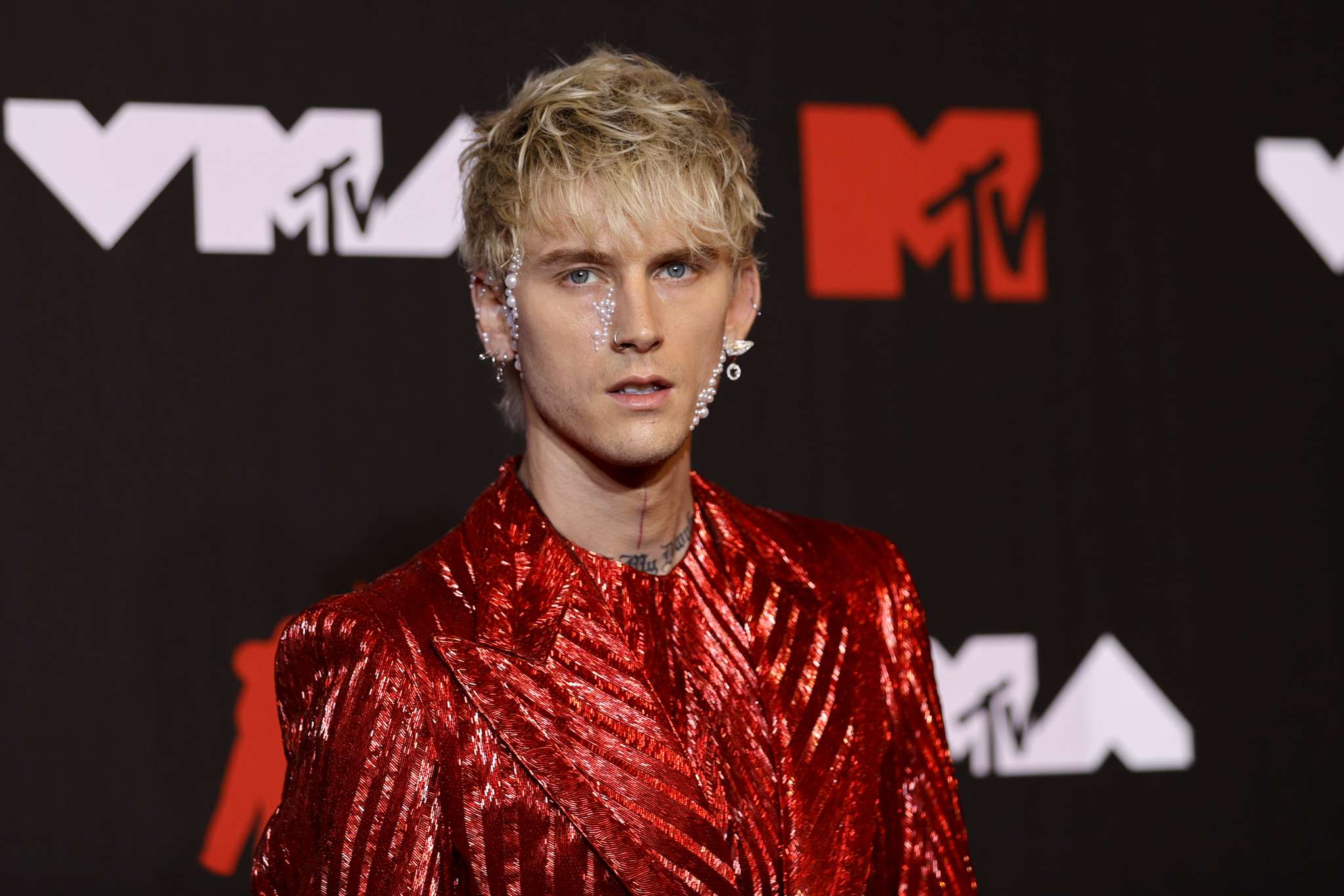 A video of the after-party of Machine Gun Kelly ‘s NYC show has gone viral that shows MGK himself yelling out the words, “I don’t give a f**k, bro. I don’t give a sh*t,” and smashing a champagne flute on his face. After the entire spectacle, MGK went on to perform “My Ex’s Best Friend,” while blood poured down his face and his clothes. It was a violent spectacle. MGK later posted pictures on his Instagram showing blood dripping down his face, with the caption saying, “NYC you’re my bloody valentine.”

Fans were both disturbed and amazed by the spectacle and some were worried about MGK’s physical and mental state. MGK appeared on Seth Myer’s show and talked about the incident. When asked about why he did what he did MGK explained it in the following words:

“You know when you clink a champagne glass with a fork to kind of [get people’s attention]? Yeah, well, I didn’t have a fork,” the 32-year-old said. “So I just clinked it on my head.”

Seth Myers joked, “You know, in medicine, they call that ‘asking for it,” to which MGK responded, “Yeah, so I had a serious case of that last night.”

Seth Myers also pointed out that the last time MGK was on his show he was also injured and the rapper quipped, “Yeah, I’m going to start having doctors around me every time I see Seth Meyers on my schedule.”

The after-party was happening after MGK’s NYC show which featured Travis Barker’s son Landon Barker, who is a drummer like his dad and participated in the “Die in California,” collab with MGK.

Landon’s presence at the show and the after-party was a bit of a shock to everyone as his dad was being hospitalized that same night for what was later revealed to be a pancreatitis diagnosis. Landon’s sister Alabama was by her dad’s side throughout the whole ordeal while posting on Instagram asking fans to pray for her father’s health.

According to reports, Landon left the after-party with Tik Tok sensation Charli D’Amelio, who he is rumored to be dating.

An Unwelcome First for the U.K.

An Unwelcome First for the U.K.