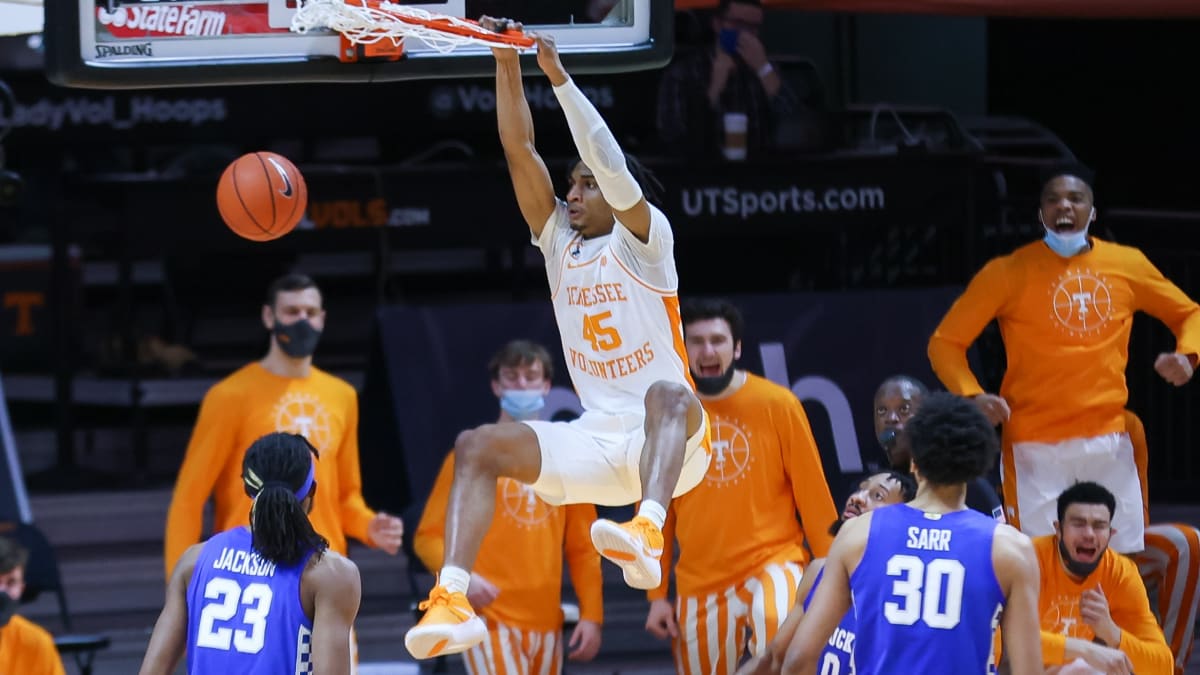 With the 2021 NBA draft order set, the teams with the top 14 selections know exactly when they’ll be picking. Tennessee guard Keon Johnson has a good chance to be among those picked by a lottery team, and after Wednesday’s showing at the combined, he’s cemented himself atop the list of all-time leapers among prospects.

In case you were curious, Johnson’s elite vertical leap doesn’t just pop in workouts. It translates plenty to in-game situations:

In his lone collegiate season, Johnson averaged 11.3 points, 3.5 rebounds and 2.5 assists per game for the Volunteers, appearing in 27 games with 17 starts. He finished the year strong, scoring in double figures in 10 of his final 12 games, a run that included a career-best 27 points in a win at Kentucky. The former five-star prospect is considered one of the most athletic and high-upside players in the draft, with a defensive-oriented approach.

The draft is set to be held on Thursday, July 29, at the Barclays Center in Brooklyn, New York.