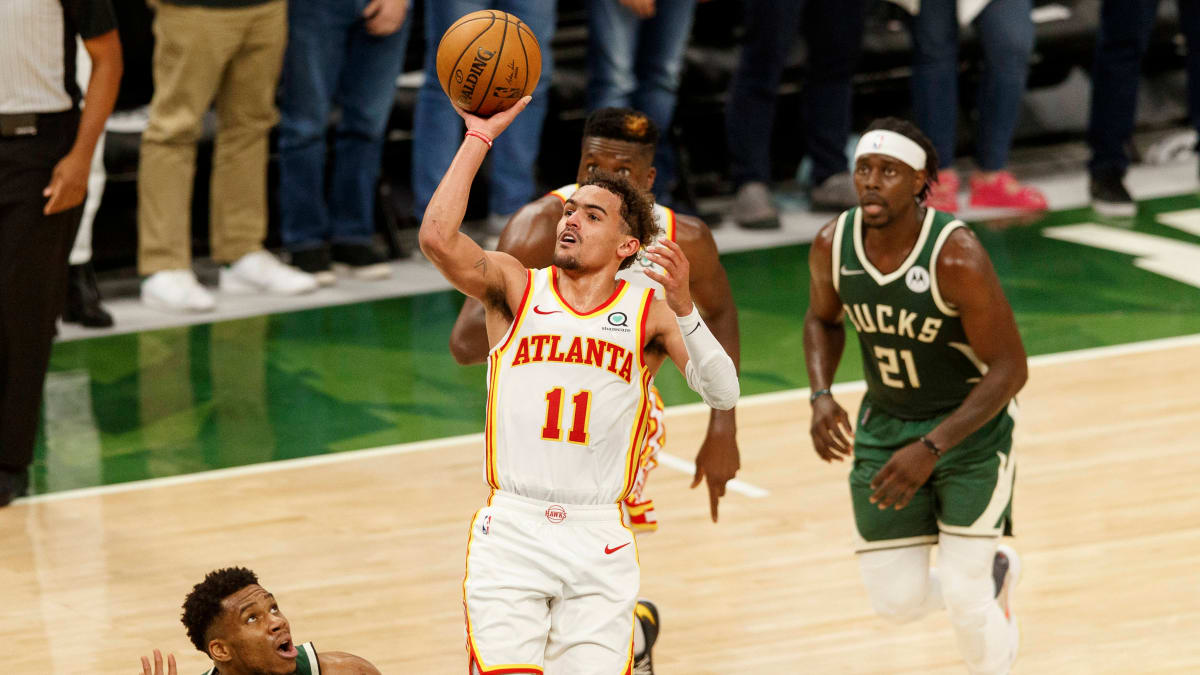 For the third consecutive series, Trae Young went into enemy territory and silenced the building.

Young’s torrid postseason run continued in Game 1 of the Eastern Conference Finals on Wednesday night, as he scored a playoff career-high 48 points on 17-for-34 shooting to lead the Hawks to a 116-113 over the Bucks.

Young also chipped in 11 assists with seven rebounds in what was his seventh 30-point game this postseason. His 48 points tie him with Dirk Nowitzki and LeBron James for the fourth-most all time in a conference finals game. He’s also the youngest player with at least 40 points and 10 assists at this stage of the playoffs.

Young’s 48 points are also the most by a player in his conference finals debut, breaking the previous mark of 41 held by Amar’e Stoudemire in 2005.

The game was close the whole way, with neither team holding a double-digit lead. The Bucks led by five at halftime before Atlanta finished the third quarter strong, holding a three-point lead heading into the fourth.

The Bucks led, 111-107, with just over two minutes remaining. Atlanta pulled within one on a three-pointer by John Collins following two Atlanta offensive rebounds. Then the Hawks went ahead for good when Clint Capela scored off another offensive board. Two free throws by Young capped the 7-0 run that sealed the victory.

Collins finished with 23 points and 15 rebounds, while Capela had 12 points and a team-high 19 boards. Giannis Antetokounmpo scored 34 points with 12 rebounds and nine assists.

The Hawks are now 6–2 on the road this postseason. They’ll look to take a 2–0 series lead in Game 2 in Milwaukee on Friday.