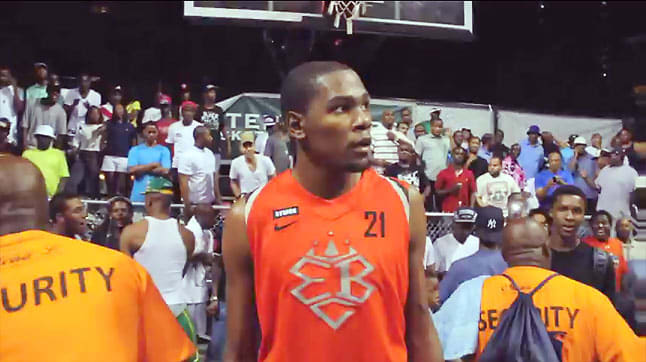 The National Basketball Players Association, along with the help of NYC Parks, announced plans Thursday to renovate the Greg Marius Court at the iconic Holcombe Rucker Park in Harlem, New York.

The renovations include repainting the court, repairing and leveling the pavement, the replacement of bleachers, backboards, baskets and the scoreboard, and the addition of team benches on both sides of the court, according to a release.

Renovations will be completed by October and the park plans to reopen with a community event hosted by the players’ union and other marketing partners. The reopening celebration will feature a ribbon cutting ceremony, youth basketball clinics and skills competitions, guest appearances from current and former players, an NBPA youth basketball game and a NBA 2K lounge.

“The Rucker is legendary in the basketball world,” NBPA executive director Michele Roberts said in the statement. “Many of our past and present members honed their skills and established their reputations on this court. Through this renovation, we aim to preserve the rich history of the park while ensuring that future generations of players—and the Harlem community as a whole—can further enhance its incredible legacy.”

Rucker, a former Harlem school teacher and playground director in the New York City Department of Parks and Recreation, created the first summer Rucker tournament in 1946 with the goal to prove leadership and give thousands of boys and girls and opportunity to achieve their college dreams.

The legendary court is where several past and present players like Kareem Abdul-Jabbar, Wilt Chamberlain, Julius Erving, Kobe Bryant and Kevin Durant have played intense pick-up games in front of jam-packed crowds.

“For decades, the Greg Marius Court at Holcombe Rucker Park has drawn basketball legends, supported rising talent, and served as a source of pride for the Harlem community,” said NYC Parks Acting Commissioner Margaret Nelson. “We are thrilled to partner with the NBPA to reestablish this world-famous court as a state-of-the-art basketball venue.”

The Block 2021 episode 26 recap: Ronnie and Georgia’s growing cash pile has the other teams seeing red

‘You don’t want this’: Chris Rock tests positive to Covid