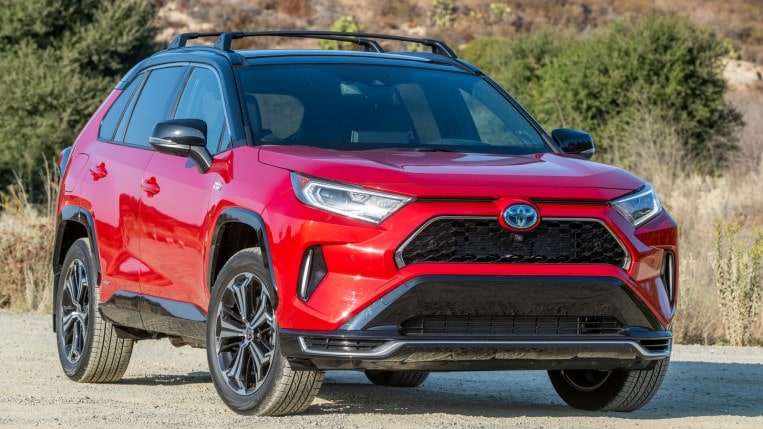 The car shopping landscape has changed radically over the last two years, but one thing has stayed the same – more new car shoppers consider buying a Toyota than any other brand. In the second quarter of 2021, 33% of non-luxury car shoppers had a Toyota on their list.

Kelley Blue Book’s quarterly Brand Watch report is a consumer perception survey that also weaves in consumer shopping behavior to determine how a brand or model stacks up with its segment competitors on a dozen factors key to consumers’ buying decisions. Kelley Blue Book has published second-quarter results for the non-luxury market.

Toyota saw its position at the top of the list threatened in the second quarter. Fully 31% of shoppers considered a Ford (up from 29% in the first quarter). Chevrolet made the list at 27%.

Short supplies of some popular models played a role in the results. A worldwide shortage of microchips has left automakers pausing production lines throughout 2021, limiting the supply of some cars consumers would love to buy. The Toyota RAV4, for instance, is a perennial entry among the best-selling vehicles in America. Yet RAV4 consideration fell 15% in the second quarter when the model was in exceptionally short supply.

Subaru suffered the biggest drop in shopper consideration. Just 13% of shoppers considered a Subaru – a drop of three percentage points. Its Outback wagon and Forester SUV were among the 10 most considered cars, but both suffered supply problems during the quarter.

More shoppers — 64% — considered an SUV than any other type of vehicle. Passenger cars followed at 33%. But pickup truck consideration is beginning to recover, with 31% of shoppers entertaining the purchase of a truck, after falling to 29% at the beginning of 2021. Minivans brought up the rear, with 5% of shoppers considering a minivan.

Minivans, however, remain in heavy demand due to limited supplies. Dealers had a lower inventory of minivans than any other segment in the second quarter.

Class of 2022: All the New and Redesigned Cars, Trucks, and SUVs

Texas Officials Are Reporting A New Surge In Migrants At The Southern Border : NPR