NHTSA asks 12 automakers for help as it investigates Tesla crashes 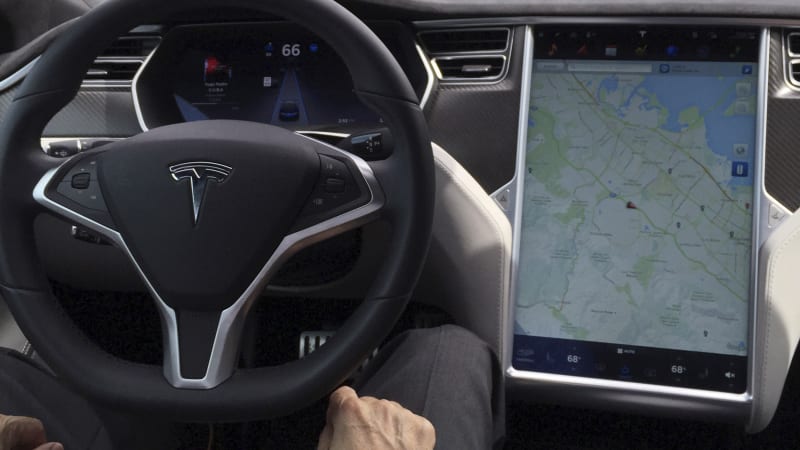 The federal government’s automotive safety watchdog has taken the unusual step of asking 12 major automakers to assist its investigation into a series of crashes in which Tesla vehicles have struck parked police cars and fire trucks while Tesla’s driver assistance systems were activated.

The National Highway Traffic Safety Administration (NHTSA) said it has written  General Motors, Toyota, Ford, Volkswagen and others because it wants to perform a “comparative analysis” of Tesla’s systems against other “production vehicles equipped with the ability to control both steering and braking/accelerating simultaneously under some circumstances.”

Most automakers today offer adaptive cruise control and other driver assistance systems in conjunction with lane-centering technology. With the exception of GM’s Super Cruise and Ford’s upcoming BlueCruise, these systems require drivers to keep their hands on the wheel. Tesla Autopilot likewise will allow a vehicle to steer, accelerate and brake automatically within its lane, and likewise Tesla advises drivers to keep their hands on the wheel. But in many cases, including in Consumer Report testing, the system has been easily tricked, allowing a driver to keep hands off the wheel for extended periods — or even to abandon the driver’s seat altogether, as CR was able to do on a closed course, and as have Tesla owners in real-world traffic.

In August, NHTSA opened a formal investigation into Tesla’s systems after 12 crashes into emergency vehicles, in which police or fire crews were responding to crashes or rendering assistance, with their emergency lights flashing. NHTSA said it had reports of 17 injuries and one death in the 12 crashes.

Also in August, two U.S. senators called on the Federal Trade Commission to investigate Tesla’s use of the terms “Autopilot” and “Full Self Driving” as being deceptive to its customers, and risking “serious injury or death.”

In its letter, NHTSA asked the other automakers to list any crashes in which their driver assists were engaged at “anytime during the period beginning 30 seconds immediately prior to the commencement of the crash.”

The agency also wants to know how other automakers’ systems ensure that drivers pay attention and have hands on the wheel. The OEMs have until November to gather that data.

NHTSA also asked for details on automakers’ “strategies for detecting and responding to the presence of first responder / law enforcement vehicles.” Until now, it has seemed as if Tesla was unique in this vulnerability, as if its systems were confused or even attracted to emergency lights. But it will be interesting to see what other automakers report on that count.

On Aug. 31 NHTSA sent Tesla a 11-page letter with numerous questions it must answer by Oct. 22.

NHTSA has sent investigative teams to 31 crashes involving partially automated driver assist systems since June 2016. Such systems can keep a vehicle centered in its lane and a safe distance from vehicles in front of it. Of those crashes, 25 involved Tesla Autopilot in which 10 deaths were reported, according to data released by the agency. Some of those crashes were into the undersides of crossing semis, or into road barriers.

Earlier this month, NHTSA confirmed it was also investigating a July 26 fatal crash in New York of a 52-year-old man was struck by a Tesla as he was attempting to fix a flat tire on his vehicle.

Study highlights need to accelerate COVID-19 vaccination in the U.S.